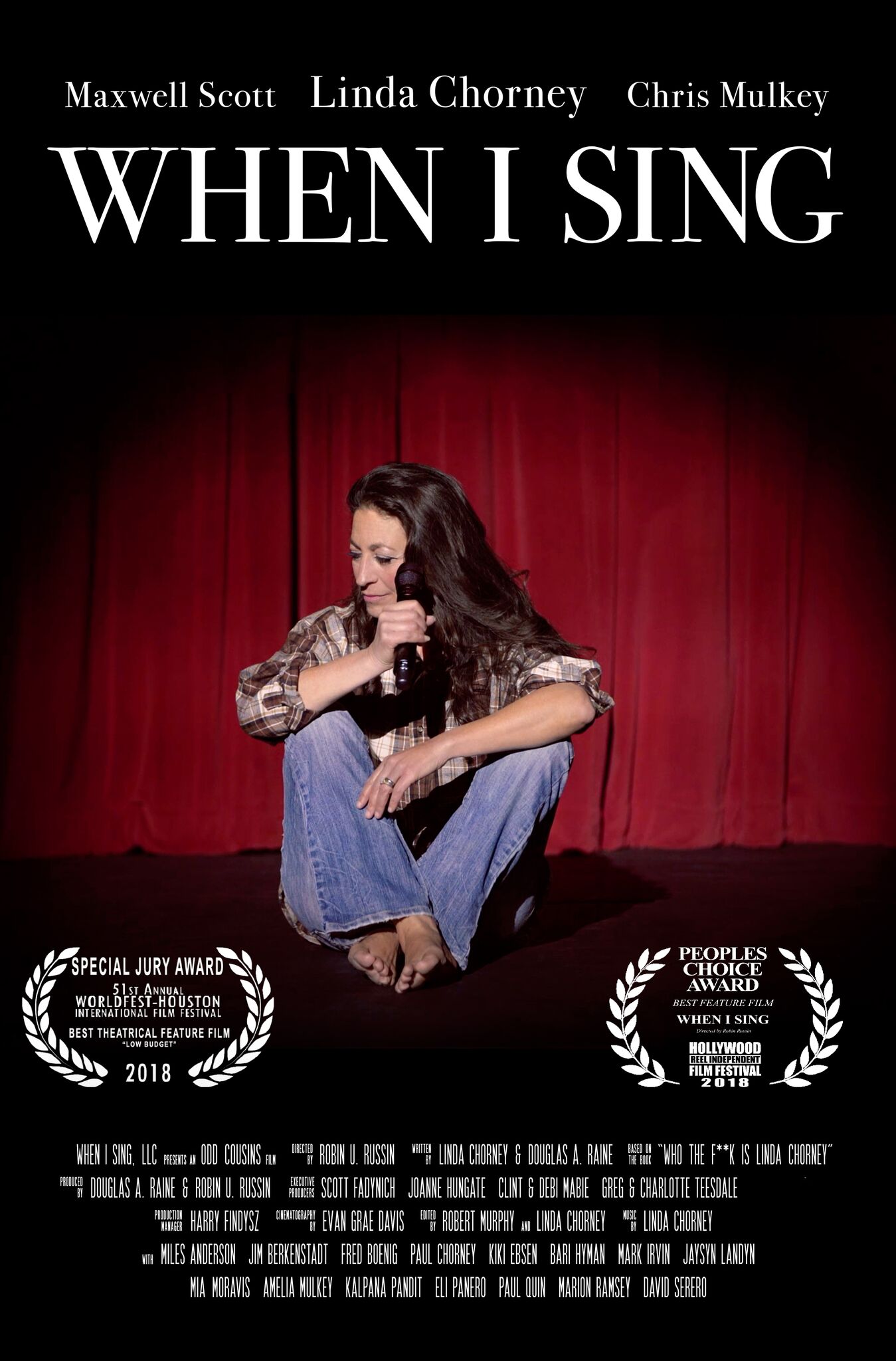 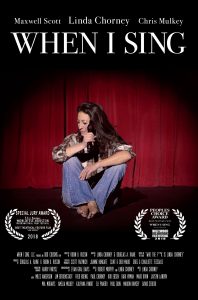 For those who decry the lack of story, spirit or creativity found at
their local movie complexes these days, allow me to introduce
you to one Linda Chorney—-musician, writer, producer, and star
of her own inspiring cinematic story “When I Sing,” one of the
most endearing and entertaining indie films in years.
If you were to ponder, “Who the #@$%$ is Linda Chorney” you
would not be alone. It just happens to serve as one of the more
memorable tag lines for the film. The question speaks to why
and how this “little movie that could” works as well as it does.
Audiences will find themselves (for a welcome change) cheering
for a real-life underdog, possessing tenacity and heart. And it’s a
sound bet that you will laugh, cry and empathize with the
characters along the way.

Linda Chorney has been a working musician for decades.
Gigging in clubs, opening for A-list artists, composing and
creating at a frenetic pace, she has managed to self-produce
several musically rich albums, albeit for limited audiences.
After many years of pursuing her dream of making it big (that
elusive dream shared by thousands of her fellow musicians) Linda
surprised the entertainment world in 2012 as the first truly
independent artist nominated for a Grammy award. While many
were excited for this talented artist who finally got some national
recognition, others in the industry attacked her for allegedly
“gaming” the system to acquire the nomination. The attacks
were often personal, demeaning and ugly. But through it all
Linda retained her unique brand of spunk and cutting sense of
humor. We witness her more delicate human side as well, as she
occasionally succumbs to the pressure, crying herself to sleep.
“When I Sing” is a film that musicians as well as plain old civilians
should find engaging.

The film spotlights certain friends and heroes she meets along her
way. They include Jonathan, the “Rock Doc,” played by veteran
character actor Chris Mulkey. It’s Jonathan who encourages her
as a fan and offers a generous financial boost to produce what
would become the Grammy nominated album. Another key
character is Scott, played with warmth and likability by
Maxwell Scott. Scott becomes the friend and lover whose
adoration and support for Linda is unwavering and real. Her
journey is made easier and much more fun thanks to Linda’s
steadfast soul mate Scott. 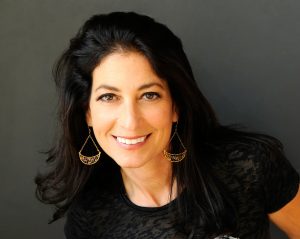 A couple of actual family member of Linda’s, as well as genuine
music industry people in her story, appear in “When I Sing.”
There’s her teenage nephew “Eli” who aids Linda in navigating
social media during the run up to the Grammys. Eli Panero is a
scene stealer (which tends to run in the Chorney family). Linda’s
real life Dad, Paul, plays himself and adds a loving, humorous
touch alongside vivacious actress Bari Hyman portraying her
Mom. “When I Sing” is lovingly dedicated to Linda’s Mom,
Shirley.

The most important bit of casting however is that of Linda, the
central character. She’s energetic, exuberant, fragile and quirky.
We’re rooting for her from the opening scene, witnessing the
emotional rollercoaster this talented, complex, lovable musician
encounters.

When asked about playing herself, the star of one of the most
original, heartfelt, hilarious indie films in years told a preview
audience that she tried hard to woo Sandra Bullock to play her in
the film. I was in attendance conducting the Q & A that evening
and the consensus was that while we all agree that Sandra
Bullock is a superb Oscar winning actress, no one could have
played the role of our fearless heroine with more conviction and
heart than Linda Chorney herself. She turns out to be one heck
of an actor.

Don’t see this movie expecting even the briefest of car chases
(although there are some hysterical moments involving Linda in
cars). Thankfully, there are no explosions or gunshots and
certainly no super-heroes in tights to be found. What you can
expect is a movie about a real woman, reaching for her brass
ring, and dealing with identifiable setbacks and triumphs along
with a handful of well placed “F” bombs along the way.
The film concludes with Linda’s touching performance of the title
song “When I Sing,” an anthem for anyone who’s been bullied,
beaten down or neglected. Her lyrics address the hope that lies
at the core of the movie…

“There’s just one thing makes me feel as light as a child on a
swing, where no one can hurt me…when I sing.”

This “little movie that could” is well worth seeing and supporting.
For more visit www.whenising.com.