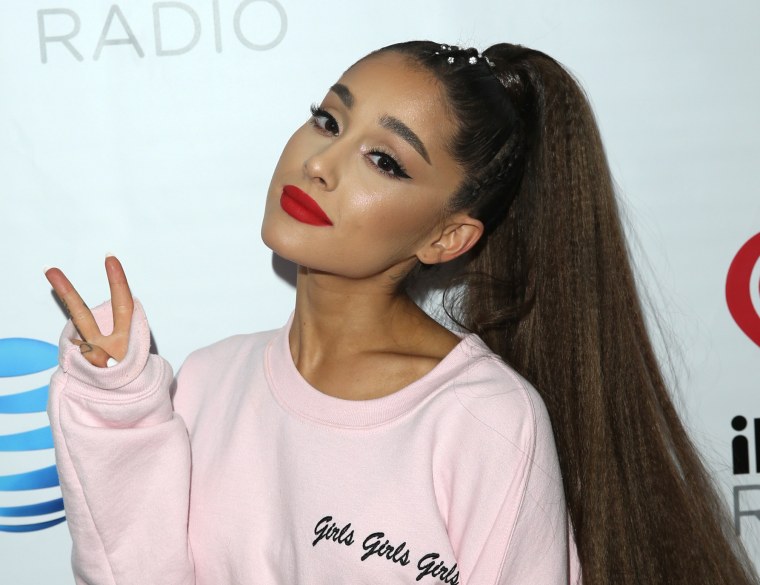 Ariana Grande appears to have shed a little a light on her split from fiance Pete Davidson by sharing an insightful message about lost love.

The 7 Rings star, who ended her engagement in October (2018), hasn’t really spoken about what prompted the split, but now, just four days into her new Sweetener World Tour, it seems she has the failed romance on her mind.

Taking to her Instagram Stories on Thursday (March 21, 2019), the 25 year old shared a screenshot of a Horacio Jones quote, titled Letting Someone Go.

“Sometimes, the reason for letting someone go is because they can’t help but hurt you during this phase of their life,” the author’s quote reads. “When you love someone deeply, you learn what demons live within them and you realize they are hurting you because they are hurting somewhere within themselves. They are fighting a battle within and may not even know it, so they take it out on you and fight you.”

“Decide to let them go, but not because you’re being petty and resentful,” the post continues. “You let them go because you really believe that the both of you can find the healing you truly need without being together and hurting each other in the process. letting someone go doesn’t mean you stop loving and caring about anyone. letting go means you’re choosing freedom over the illusion of loyalty.”

Comedian Davidson, who is now dating actress Kate Beckinsale, has been open about his mental health struggles in the past and Grande went to his aid after he posted an alarming message on Instagram shortly after the split – but he refused to see his ex.

Ariana appears to have given up on love for the time being after appearing friendly with exes Big Sean and Ricky Alvarez in the run up to her tour.