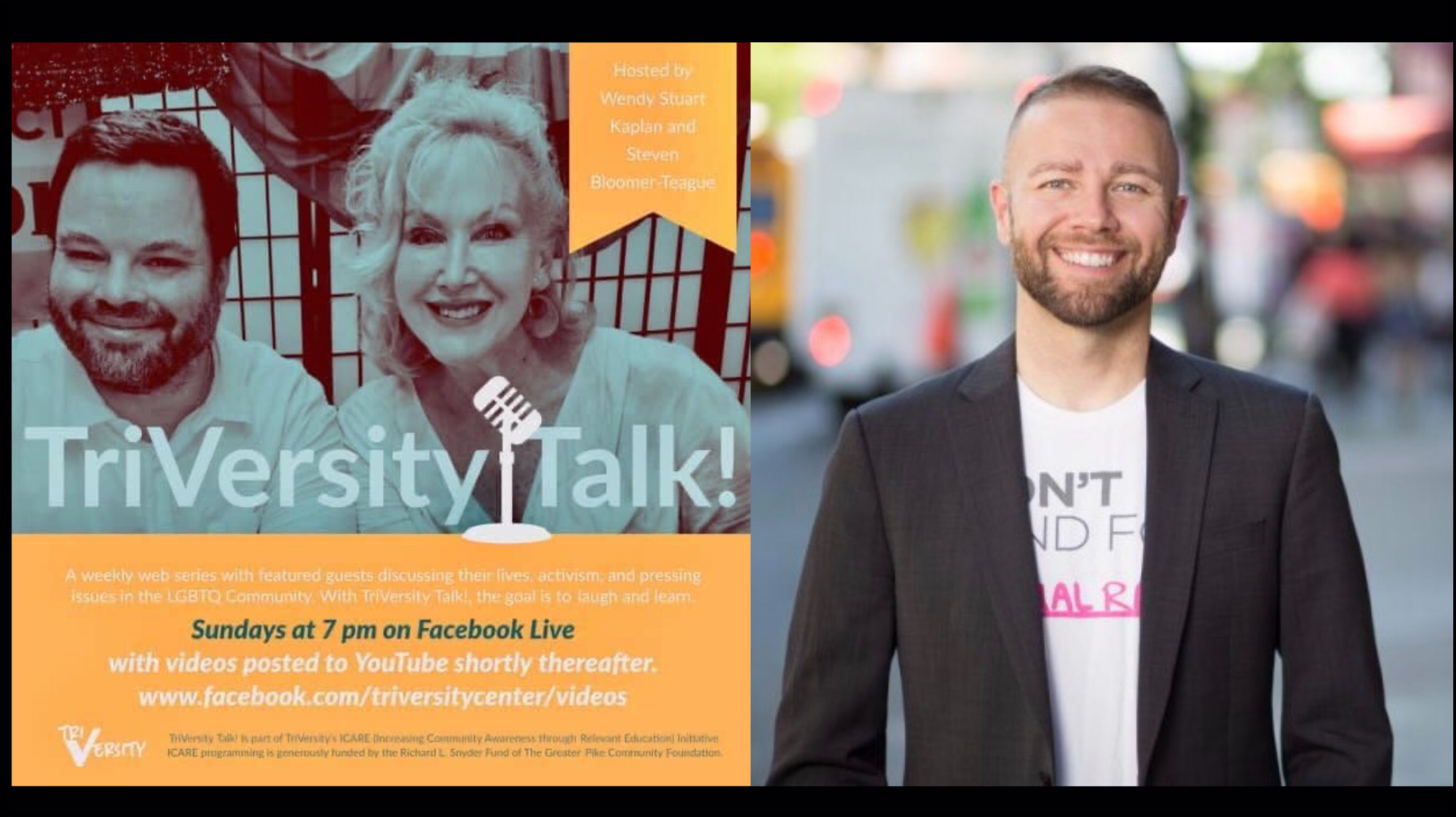 Wendy Stuart Kaplan has over 40 years working as an activist in the LGBTQ Community and is a co-founder of TriVersity.

Brian Silva is the Founder and Executive Director of the National Equality Action Team (NEAT) and National Equality Action Team Fund (NEATEF). He has been a leader in the LGBTQ+ advocacy community for more than a decade with a proven track record in executive leadership, organizational development, coalition building, organizing and empowering volunteers. Brian served as Executive Director first of Marriage Equality New York (MENY) and later Marriage Equality USA (MEUSA), which was one of the nation’s oldest and largest volunteer, grassroots LGBTQ+ groups. Under his leadership, multiple states and the U.S. Supreme Court passed marriage equality across the nation.

In 2012 he began NEAT as a remote phone bank program of MEUSA to allow volunteers everywhere to support marriage equality efforts in states outside of their own. NEAT has since grown into its own organization that includes multiple programs across six Collaboratives focused on education and advocacy that is grassroots, intersectional, locally driven, and accessible. Through NEAT, hundreds of partners and volunteers work together everyday through collaborative actions and partnerships so that anyone, anywhere can fight for LGBTQ+ Justice everywhere.