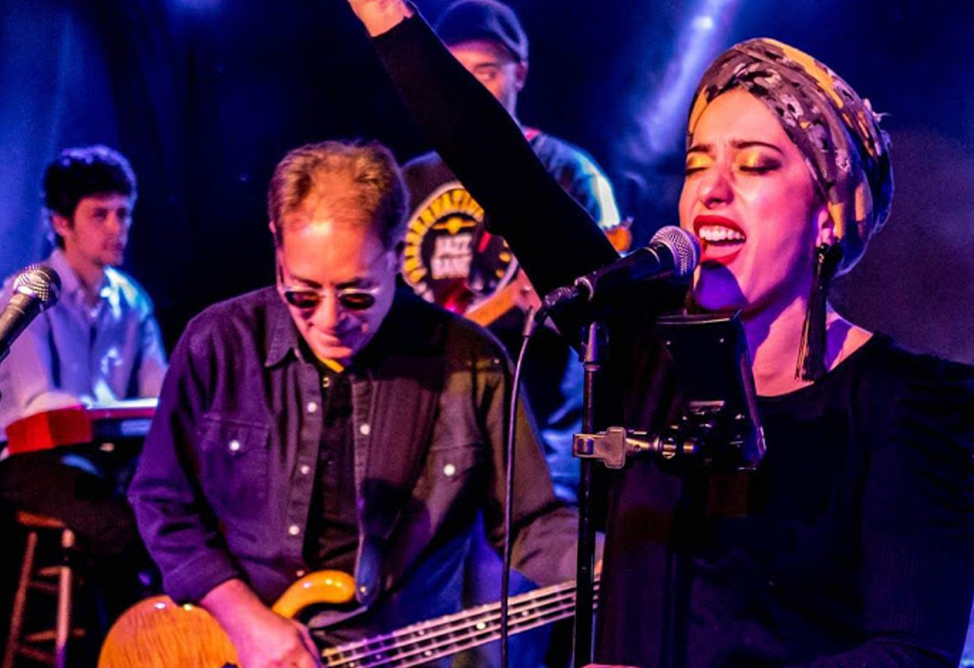 Bassist, bandleader, and songwriter Robert Miller has toiled alongside a five-star cadre of musicians and singers to make Project Grand Slam one of the finest bands working today. The New York City based band has, at different times, featured seven or eight members; it may sound like it makes for a cluttered listening experience, but that isn’t the case. Project Grand Slam possesses wide-reaching versatility that allows them to move from originals to covers with zero difficulty.

The band’s latest release The Shakespeare Concert is a quasi-live release quite unlike typical outings of its kind. The band played a sold out benefit concert in August, 2021 for Shakespeare & Co. The Lenox, Massachusetts based theatrical institution dedicates itself to theatre education through studying and staging Shakespeare’s plays. In October, Miller opted to take the band into the studio and reproduce the concert for posterity – the band tackles the same set list, one track after another, eschewing overdubs and fixes.

Miller came of age as a bass player during a heady time when popular music pushed the envelope like never before. Bassists such as Cream’s Jack Bruce and The Who’s John Entwistle, among many others, redefined the traditionally slightly stodgy instrument and you hear a lot of such influences in Miller’s playing. The album opener “I’m Falling Off of the World”, however, illustrates his tight grip on songwriting fundamentals.

Vocalist Marilyn Castillo matches the song’s frantic pace each note of the way. There’s jazzy flourishes present throughout the song but, at its heart, the opener is energetic rock dispatched with ample charm and brains. The rhythm section and keyboards ride along at a mid-tempo romp throughout “Redemption Road” and Castillo provides plenty of verve once again. Tristan Clark’s subtle guitar work is another key to the song’s success.

Miller’s bass and Clark’s guitar are near effervescent together during “It Is a Miracle to Me”. There’s a variety of influences melding together to give this track its flavor, but the Caribbean inclinations are impossible to ignore. “Yeah Yeah” is another of the finest moments included on The Shakespeare Concert, an unbridled bluesy slink that Castillo really sells in superb fashion. Saxophonist Alex Blade Silver’s contributions here and elsewhere are key cogs in The Shakespeare Concert’s success.

“New York City Groove” is a bouncy and breezy paean to the Big Apple, but it’s musically substantial. Miller’s bass line pops and moves with equal parts muscle and finesse and his partnership with drummer Joel E. Mateo is especially effective here. Castillo’s scat vocals provide a peak moment as well. “The One I’m Not Supposed to See” comes late in the set but packs plenty of wallop. Clark’s guitar leaps to the forefront here and he serves listeners several biting lines and lead flourishes along the way. Another highlight is the organ playing snaking around Clark’s six string playing.

They end the album with the band’s longtime set closer “Fire”. This reinvention of the classic Jimi Hendrix rocker is another instance of Miller wearing his influences on his sleeve, but they aren’t interested in slavish re-creation. It’s an energetic exclamation point, however, on this intriguing release and shows Project Grand Slam’s creative energies are undimmed by the pandemic.