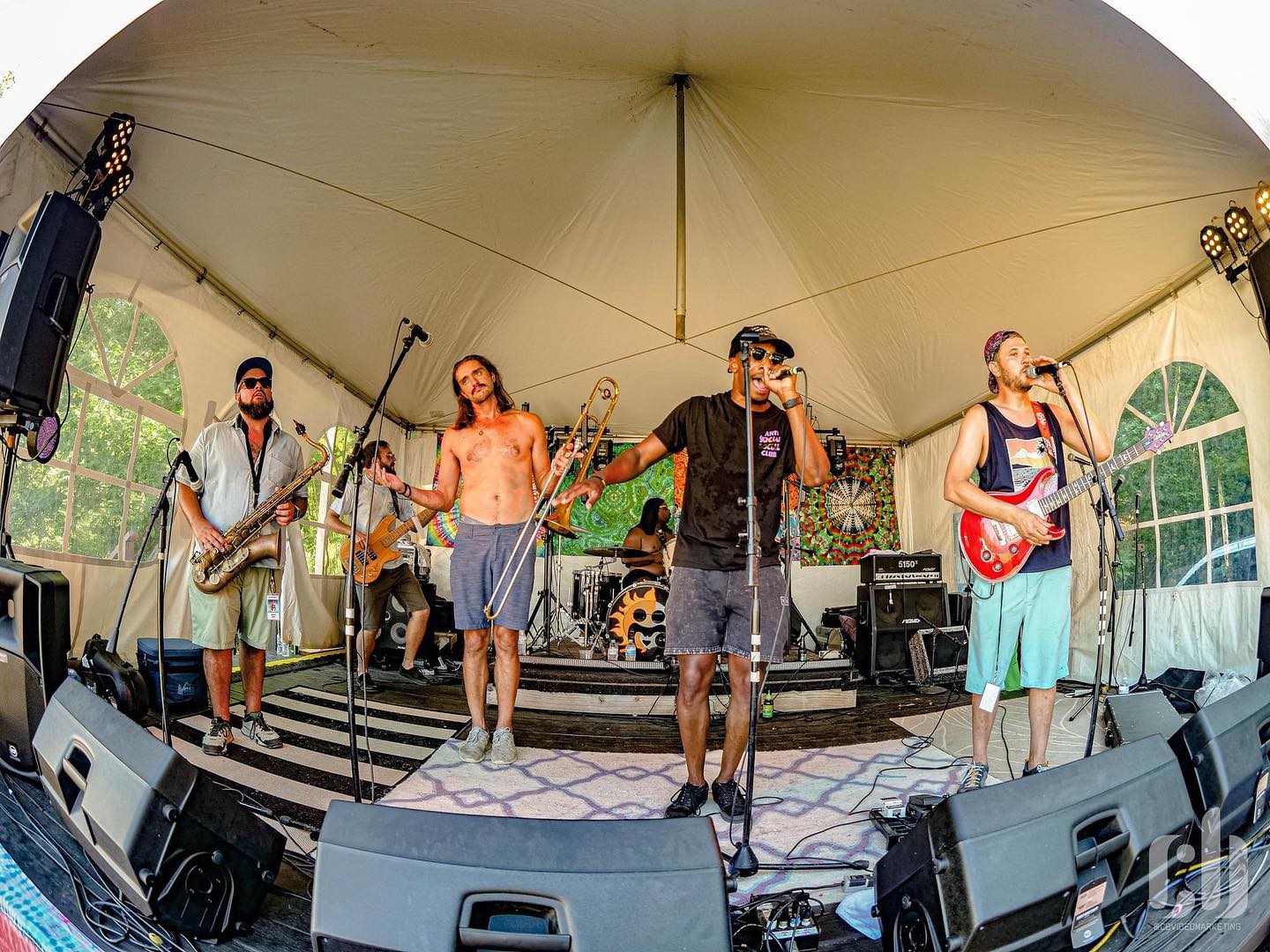 Nonstop to Cairo’s continuing run-up to the forthcoming album release KAI hits another peak with the second single “Awkward Situations”. This frantic funk-rock workout with a punk rock bite has an infectious groove certain to please longtime listeners and make new fans for the band. Their growing reputation as one of the East Coast’s best live bands will expand with material such as this added into the band’s set. I believe Nonstop to Cairo is destined to eventually hit the mainstream and make a far bigger impact without surrendering any credibility along the way.

The video released along with the song is simple enough. Performance clips are a time-tested style for music videos and the band embodies the song’s energy with inexhaustible spirit. Some viewers may wish the colors were a bit brighter, the intense color never overwhelms, however, and imbues the song with a “heavier” atmosphere than the song alone might otherwise inspire. It’s direct despite the presence of several visual effects throughout the clip and those moments help added to the song’s energized tone.

Nonstop to Cairo is never attempting to “bring the hammer down” on listeners. There is no over the top guitar or rhythm section performance trying to steamroll any resistance. Instead, the emphasis is on performing and crafting a flexible, and hard-hitting rhythmic number. The drumming turns on the afterburners for this tune, there’s no doubt of that, but few listeners if any will feel like Nonstop to Cairo is rushing their performance.

The band’s central relationship between singer August Harris and guitarist/singer Nick Diamond is the pivot upon which Nonstop to Cairo’s fortunes balance, but you never hear that during “Awkward Situations”. All is right with the world here as listeners hear a band from beginning to end, never anything less, and they display a level of cohesiveness that’s rare in a band so young. Nonstop to Cairo is growing by leaps and bounds.

The album KAI is evidence of that. Losing friend and key member Kevin Itwaru will loom over the band’s efforts promoting this album, however, until the music starts. The potent imagination and spirit they’ve invested into songs such as this possess the power to dismiss misgiving and doubt alike and connect on an emotional level with listeners. They are full of promise for the future rather than allowing themselves, or their music, to bog down in an unhappy past.

The creative impulses crackling and sparking to life during “Awkward Situations” derive their power from their promise. We are in for a treat as we’re hearing the birth of something special with Nonstop to Cairo and their music is filled with every indication they can sustain its cresting wave. Coming in close to the ground floor of something special like this is an added bonus because you’re set up to watch the flower bloom. Make no mistake – Nonstop to Cairo is on the move and coming on fast, so catch a ride on this rocket before it speeds off without you.