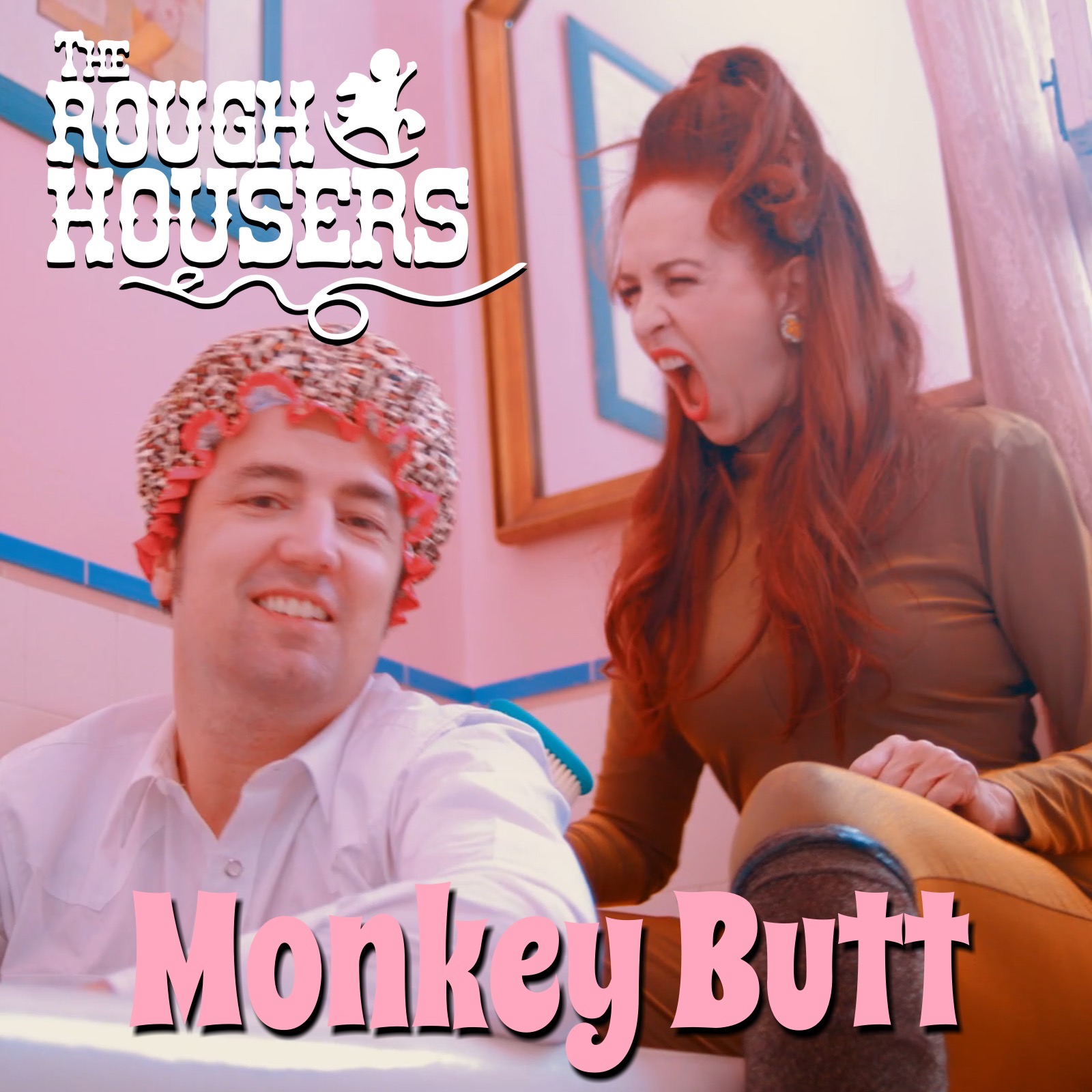 Eddie Clendening and Grey DeLisle both know how to sing, and while the eccentric tone of their new single “Monkey Butt” released under The Roughhousers banner is quite intriguing on its own, it’s these two vocalists that transform the lyrics from nonsensical to accessible fodder for children’s music. There’s been a lot of buzz over The Roughhousers lately, and it makes sense when listening to their sublime play in “Monkey Butt,” which despite being poetically humorous features a smart structure and Americana-tinged surf beats that will make you want to shake your body from the moment the song starts forward.

The rhythm of “Toenail Soup,” the other single this duo has out right now, isn’t quite as fast-paced by design as “Monkey Butt” is but it’s undeniably performed with as much playfulness and aggression, which is a bit of a calling card The Roughhousers drop in their releases. This isn’t a case of talented musicians going halfway with a concept to make it thematically marketed to children, but instead a compositional scheme they could employ in the kind of rockabilly you would hear in a bar or any college radio station on the right weekend, which just isn’t true of most players recording in this genre.

Fearlessly freewheeling and never sloppy, The Roughhousers are earning plenty of parents and kids over with their stylish sound, and both “Monkey Butt” and “Toenail Soup” make for quality additions to the music they’ve already got in their discography. The goal here is simple but the talent in the studio is anything but underwhelming, and if you’re under the impression that either of these songs makes more sense to children than they do the discerning indie-rock fan, I don’t think you’re prepared for just how inviting a sound this wholesome and innocently poetic songcraft can be.