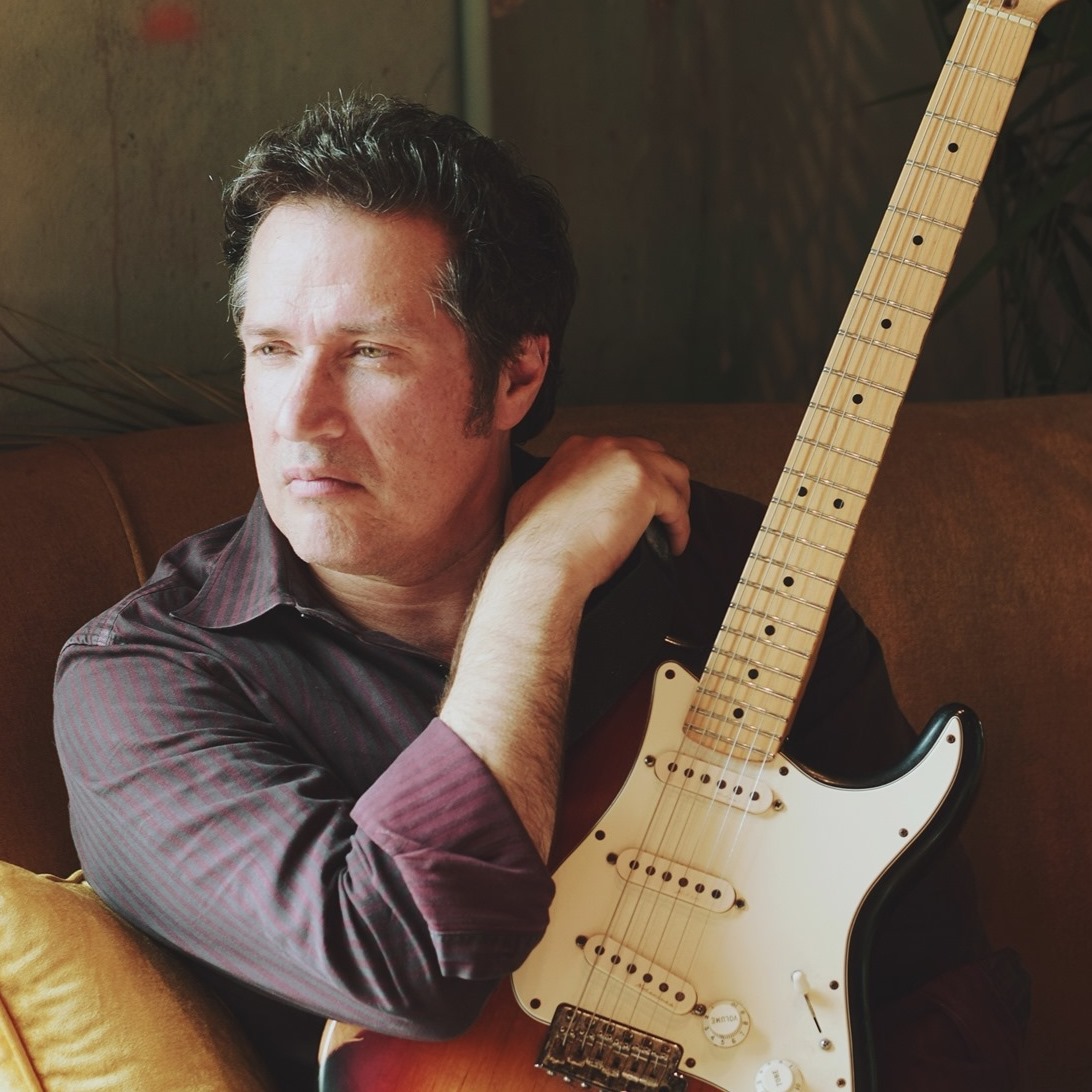 Alex Lopez, despite any jazz or rock posturing included on his new album Rising Up is a bluesman at heart. It is the stepping stone for everything musical he does. There’s an ample dose of melodicism rife throughout the album balancing out its often muscular and dramatic guitar workouts. He clearly works within an established musical tradition, but never views himself as hidebound to follow its edicts. “Light It Up” is, arguably, a stereotypical demonstration of his capabilities, with its unsurprising structure and solid songwriting, but Lopez further fires up the track thanks to his inspired vocals and guitar. It’s an on point opener that sets the stage well for everything that follows.

“Paradise” isn’t a particularly weighty tune, in terms of its lyrics, but it is nonetheless one of the finest tracks included on Rising Up. There isn’t a lot of variation present in the song, but its appeal lies in its straight-forward line of attack and the fact this song never pretends to be something it isn’t. The guitar playing is, as always, spot on – Lopez’s ability to adept from more nuanced six string work into simpler riff-oriented cuts like we hear with “Paradise”. The title song is cut from the same blues-rock cloth as the opener, but Lopez ratchets up the musical tension with some particularly hard-bitten lines that pull you close. “Rising Up” has the same affirmative spirit driving many of the other songs on this release.

“Not This Time” is the album’s only outright purist blues track. There’s really not a single song on this album you can call dejected or despairing. The dominant mood of Rising Up is either one of embracing life’s possibilities or else assertive defiance without any of the vitriol you might associate with that. The fatalistic dark humor of “I’m Always Wrong”, paired with jazz guitar stylings and a bouncing rhythm section performance, qualifies this track as another of the album’s highlights. Lopez shows impressive fluency with his guitar playing throughout Rising Up and this is one of the best examples of his skill.

“Even Up the Score” is another track in the mold of the opener and title song. There’s a bit of a vengeful spirit inhabiting this performance, but never so much that it becomes off-putting. Instead, it sounds confident thanks to Lopez’s presence as both a vocalist and guitarist. The track “Mountain Rain” is another nice break from the album’s template as Lopez sets aside his electric guitar in favor of an eloquent and superbly constructed acoustic piece. His vocal skill leaps to the fore here as new listeners will be surprised how easily his voice transitions from a bluesy bellow to the much more sensitive singing we hear during this cut.

The album’s penultimate track “Falling” has a light Stevie Ray Vaughn flavor in the guitar playing, but it will never strike listeners as imitative. One thing that leaps out time after time during Rising Up is the enviable restraint of his guitar playing. You get the feeling early on that if Lopez wanted to burst out with dizzying six-string pyrotechnics he could do it in a blink, but instead concentrates on the guitar servicing the song rather than impressing listeners with his virtuosity. It’s qualities like this, among others, that makes Alex Lopez a singer/songwriter you want to return to again and again.