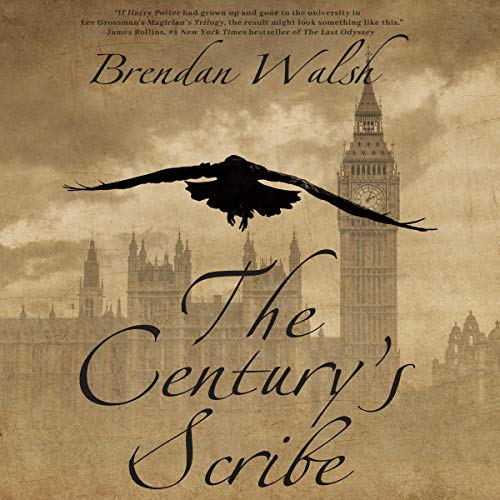 “If Harry Potter had grown up and gone to the university in Lev Grossman’s Magician’s Trilogy, the result might look something like this.” (James Rollins, number one New York Times best seller of The Last Odyssey)

Dreden Sharpstand and his father are poor. All the humans and avehos of Kroonsaed are hardly getting by. If not for the bright, enigmatic sea of gas called the Sunitian Sea, life and resources in the town would be prosperous.

But the Sea has secrets of its own….

One night, Dreden and his friends are attacked by mysterious men, with weapons they cannot understand. When they strike a second time, they chase the men into the Sea, and are transported to an alternate world, to a city called Brunswald, where technology exists centuries ahead of their time. Since the new world is only populated by humans, Dreden’s friend Gerrika the aveho, a flightless, humanoid bird, becomes an instant celebrity. When Dreden meets Morell Edland, the son of the richest family in the country, he falls in love with him, and can hardly remember why he ended up in the new world in the first place.

Slowly, things start to reveal themselves. A secret, lost history between their two worlds is becoming unraveled, and a seemingly omnipotent force is killing thousands across the world. Just one thing is for sure: Dreden and his friends didn’t end up in Brunswald by accident.

From the author of the Kirkus-acclaimed Immortale, The Century’s Scribe is a must listen for devourers of new adult fiction and high fantasy. Brendan Walsh delivers on his most personal novel yet.