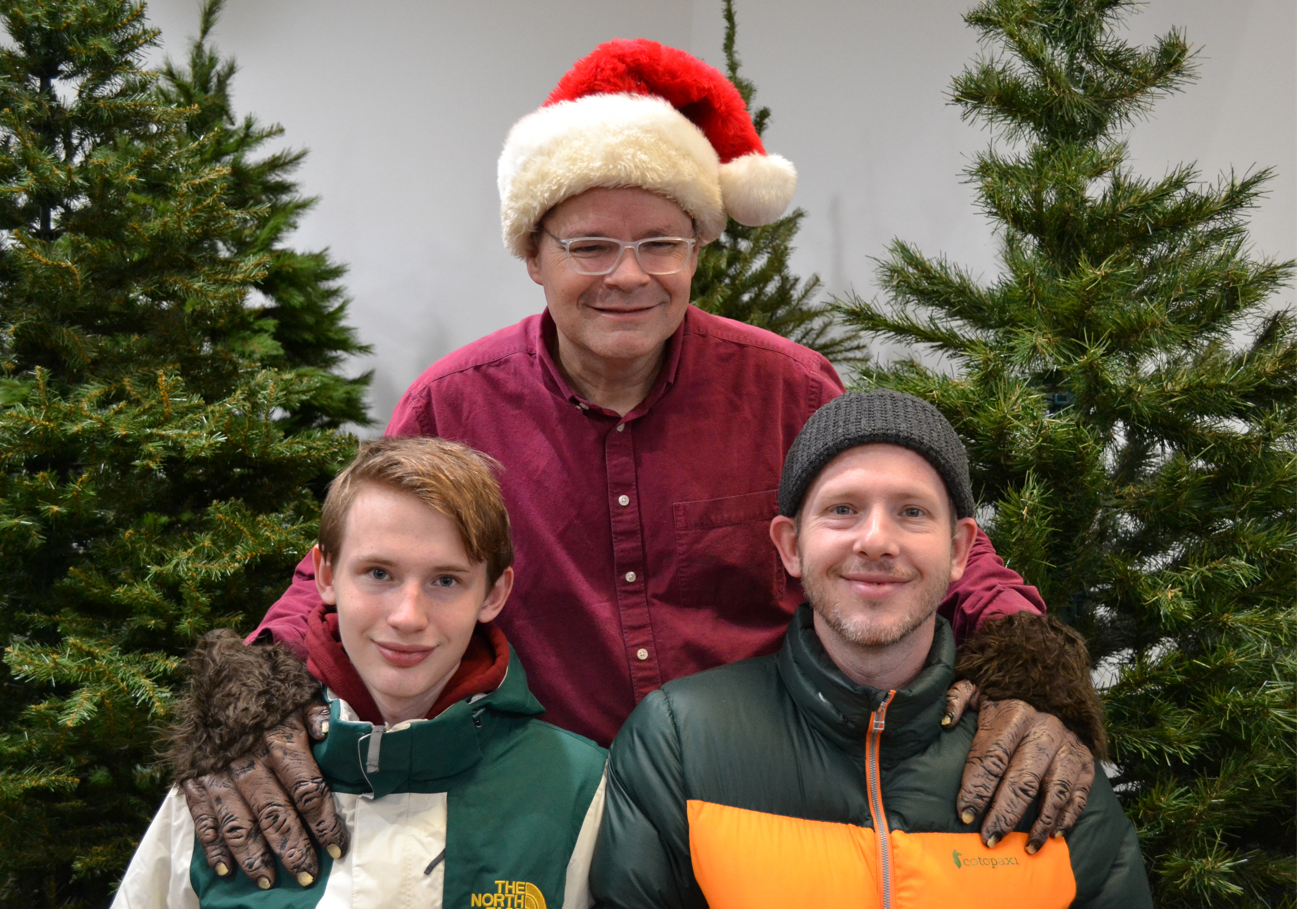 The search for inner peace is lifelong, and although the subject is only one of several included within the scope of Streaking in Tongues’ collaboration with the revered poet Marty Achatz, it’s easily one of the most striking in the record. Both “Bigfoot and Little Women” and “The Hand of God” touch on internal distress being met with a longing for some sense of solitude, and within the greater context of Christmas with Bigfoot, they somewhat summarize the narrative of the album without minimizing the importance of all six tracks here.

Christmas with Bigfoot is a daring escape from reality that ends up somewhere on the emotional side of postmodern aesthetics without sounding predictably saccharine or overly progressive in tone or style, and in its combination of romantic, unreserved, bittersweet, and constantly meandering expressions of self, it feels like an extension of love against a backdrop of pain and suffering only humankind can really relate to. There’s a duality to “Christmas Grammar 2020” and “Live Long and Prosper” that isn’t found in non-spoken word efforts, and under the direction of Streaking in Tongues, it becomes a cornerstone for one of the best records I’ve heard all year long.

The music here is written, produced, and recorded by the father/son duo of Ronnie and Elliot Ferguson, with traditional songs played by Marty Achatz himself (who is also our narrator for this experience), and there isn’t a second of audio in the album that feels singular or centered on one person over another (including the extensively spoken word “Live Long and Prosper”). Although it’s a companion piece to a book, the record version of Christmas with Bigfoot feels as full-bodied as a one-off effort would, if not a little more because of how fluidly the players are interacting with the voice at the helm of every verse.

The production quality is amazing and perhaps the most well-varnished piece in the late portion of Streaking in Tongues’ discography, but it doesn’t cast a shadow over any of the lyrical substance here. You don’t have to be a professional critic to value the intricacies of this LP, but those of us who are can’t help but credit the infinite inventiveness of every artistic mind in the room for Christmas with Bigfoot.

Tailored to the needs of longtime Streaking in Tongues listeners but ironically not quite as anchored to the outsider music genre as some of their previous recordings have been, this latest release from the top-notch Michigan family band is one that sets a new standard for their experimental stylings without question. Anyone can come to appreciate the heartfelt nature of the stories in this LP, and while the critical acclaim for Streaking in Tongues and Marty Achatz has been well documented by now, this is proof of its legitimacy if anyone ever needed any. The underground is spitting out some of the most thoughtful songcraft we’ve heard in a couple of generations right now, but for something that goes a little further than the average record, this is a disc you need to pick up.