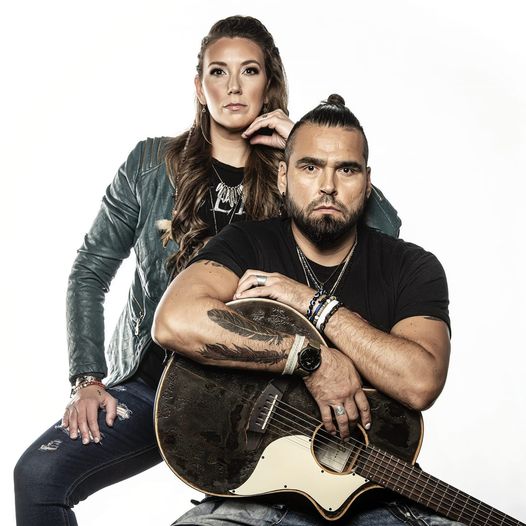 A document that was designed to stimulate multiple senses at once and convey a lot more than the verses to a powerful lead single, the lyric video for “Battlefields,” the latest release from Twin Flames, is anything but a simplistic video. Its source material comes at us with an angelic melodic presence that is larger than any skyscraper in the Toronto skyline, while its colors connect to a larger tone of artistry in its parent album Omen that has had me really excited about this duo since first hearing it just recently. 2020 is a big year for indie rock, and if you ask me, Canadian acts like this one are almost solely responsible for generating all of the well-deserved hype.

The entirety of Omen follows an aesthetical framework undisputedly similar to what’s set up in “Battlefields,” with the songs “Giants,” “Outcast,” “Shadows” and “Human” reflecting its booming sonic presence while straddling more familiar folk themes and imagery that disciples of Twin Flames have come to know and love about their sound.

Nothing ever veers too far off the rails to be deemed inaccessible to a radio-friendly audience, but at the same time I would be lying if I said any part of this record was conceived with the mainstream markets in mind. If this were the case, I don’t know if “Follow Me,” “Without Tears” or something avant-garde like “Pisuppunga” would be as beautifully unforced and spread out compositionally as they are on this particular occasion.

If this record is what Twin Flames are really all about as an act, I think they’re going to start seeing some of the major international returns they had previously fallen short of with the release of their first two studio albums. Omen shows us a pair that have grown into their sound exponentially in the last three years, and with its key single “Battlefields” primed to win over a lot of hearts within the indie rock radio crowd, I don’t believe they’re going to have a hard time getting critics in America to believe in their brand, and more specifically, the eclectic attitude producing it.