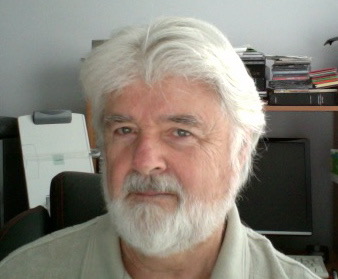 Destiny Worldwide Entertainment’s William Byron Hillman is a world-renowned writer/director who’s hit film “Quigley” was named one of the Top 20 Family Films of all time. Hillman’s thinking out of the box ideas have enabled his all union – all guild feature films to gross tens of millions of dollars over budget, making him one of the most successful family film directors in entertainment history.

Hillman and Destiny Worldwide Entertainment’s first film “The Man From Clover Grove” was made in 1975, shot in 35 MM and was released all over the world. “The Man From Clover Grove” had an incredible cast consisting of Ron Masak, Rose Marie, Paul Winchell, Stu Gilliam, Buddy Lester, Jed Allen, Cheryl Miller, Spencer Milligan and Joe Higgins (the old Dodge commercial guy).

According to William Byron Hillman, ““The Man From Clover Grove” had a World Premiere in Houston Texas at the Tercar Theatre (at the time one of the largest theaters in Texas). We flew in the entire cast, the Mayor loaned us his Limo, had a police escort from the airport to the theatre – and had the cast discuss the film to the audience before it was screened. This was in 1975. The film then opened in Las Vegas and opening week grossed $975,000. In the first 3 years it grossed over 10-million , and had over 2,000 screens in the U.S. When it went to home video with Media Home Entertainment, it was their biggest grossing home video for 2 years.”

It was then pulled off the market for 15 years until it was recently re-digitized, re-scored in Dolby Stereo and arranged to have a DVD created for the first time. It’s silly, typical 1970’s humor that worked and the public loved it. Now it’s back!

CLASSIC FILM COLLECTORS – YOU CAN ONLY GET THE DVD HERE: The hysterical hit box office classic comedy The Man From Clover Grove is finally available on DVD. Great cast and typical 70’s sense of humor. The film is now available for the first time – www.amazon.com/dp/B079MK9S2T

JUST PUBLISHED – The Man From Clover Grove Coloring Book with exciting scenes from the movie. Be the first to own this wonderful activity book for children. Get your copy here: www.amazon.com/dp/198059144X

“Quigley”, another film by Destiny Worldwide Entertainment was named one of the Top 20 Family Films of all time.

Quigley is a fun-filled family adventure about second chances. Archie (Gary Busey) is a billionaire who has everything one could imagine except for what is most important…a heart and a conscience. On the brink of making an announcement that would forever change the lives of his employees, Archie experiences a tragic accident that takes him to the gates of heaven. It is decided that he should be sent back to earth, in the form of an adorable Pomeranian, a creature he despises even more than people. Along with his guardian angel, Archie is sent on a heavenly mission to help the lives of those around him, while at the same time saving his own. “Quigley” takes you back to a time of wholesome family entertainment that will be enjoyed by all ages. Now also available worldwide.

Destiny Worldwide Entertainment is now working on “Quigley 2”, the sequel to one of the top 20 films of all time. Looking for great family entertainment for all ages, check out “Quigley” and “The Man From Clover Grove” on amazon. Looking for an incredible director/writer for your next project, William Byron Hillman is the man to contact to create an incredible film that will stand the test of time.

The official website for William Bryon Hillman may be found at