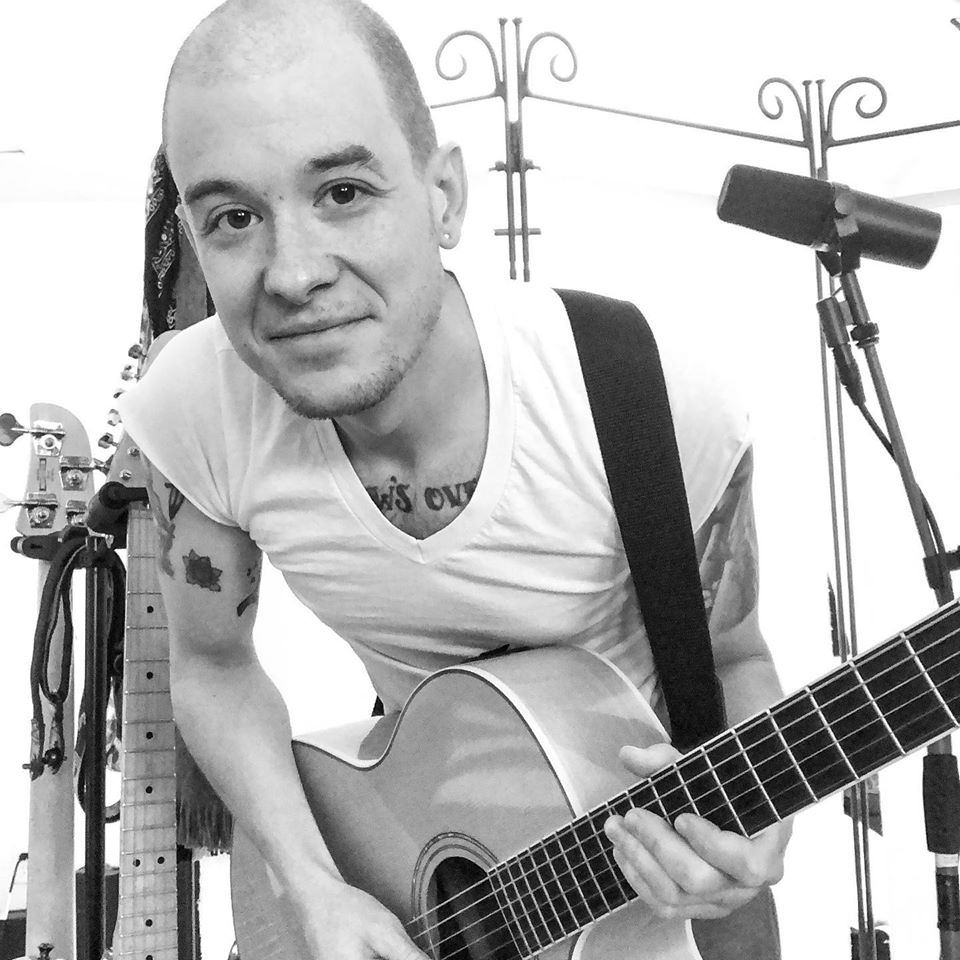 Nice Ghost is the moniker Pennsylvania born Tyler James donned for his musical project Nice Ghost and, a few releases in, he’s succeeded in creating an identity for Nice Ghost in its particular musical orbit and each new release builds on the last. His latest single “Goodbye” veers away from frequent “introvert rock for our weird times” mantle James claims as his own in favor of an acoustic performance. It is far from unadorned; production decisions shape its final sound and the vocal treatment is colorful and varied. It strikes a pure unadulterated note of longing in listeners; few, if any, who hear the song will escape its touch in that regard.  It has the right length, four and a half minutes, allowing James to explore an expansive sonic canvas rather than condensing his imagination along arbitrary lines.

There is a strong European flavor I hear with this song despite James’ Midwestern upbringing and current residency in Los Angeles. The stripped down simplicity of this performance suggests influences to me he doesn’t readily cite, artists like Robyn Hitchcock, a smattering of Beatles ala “Across the Universe”, Syd Barrett. Those strands run alongside modern threads such as Silversun Pickups, The Flaming Lips, Beck, and Radiohead, among others. James brings all these disparate influences together under one tent and stamps them with the authority of his own perspective and personality.

The drums present in the performance are not always present in the mix and pushing the arrangement but, when they are pushing, they add a level of impetus to the track that gives it a sort of shambling grandeur. James uses brief woodwind flourishes as well to punctuate the verses and it gives the cut extra melodic lift. Even a single listen to this track makes it clear James had it fully conceptualized before entering the studio and realizing its potential wasn’t a difficult proposition.

The plaintive heartache coloring James’ voice is impossible to ignore. He brings the fine lyrical content to vivid life with his phrasing. It is dramatic without ever being overwrought and takes its cues from the arrangement rather than freelancing to mixed effect. Despite the short discography for Nice Ghost, Tyler James has hit upon a formula with potential for further development and capable of establishing a near immediate connection with listeners. “Goodbye” plays like an unimpeachably true glimpse inside distressed emotions and the impassioned musical accompaniment underlines the intensity.

Let’s hope James continues working under this moniker for some time to come. It’s a wise move, people love brands, and if you can connect your particular brand with a reliable product it make its exponentially easier to garner attention and interest. The songwriting, music, and vocals for Nice Ghost’s “Goodbye” is so good many won’t need a brand name to remember it – it shines bright as an example of how many young songwriters are producing work every bit as vulnerable and committed as anything we love in our far flung pasts. Nice Ghost’s “Goodbye” is the sort of track that inspires you to keep coming back for more.