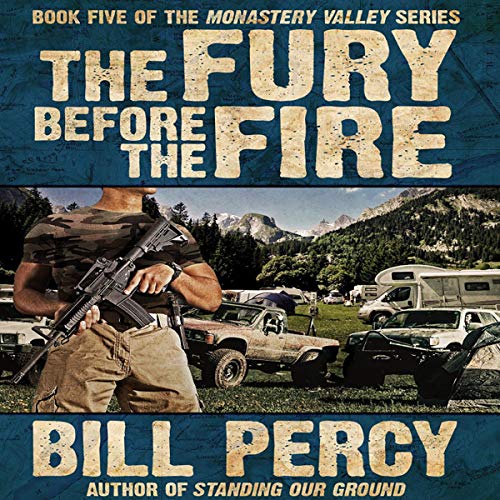 The hottest Montana summer on record. Tempers fray, cattle suffer. Heavily armed protesters vowing to “take back federal lands for the people” occupy and fortify a summer pasture belonging to the Bureau of Land Management, naming it Freedom Camp. Deputy Andi Pelton and Sheriff Ordrew must deal with these men, whose fury only mounts.

When he arrests the leader, Sheriff Ordrew is shot, and Andi assumes command of the negotiations. Two FBI agents – to whom the protesters refuse to speak – help her, alongside her psychologist husband Ed, who conducts the actual negotiations.

They struggle to resolve the bitter standoff before it is drenched in blood and violence. Amid this battle, wildfire strikes Mt. Adams, threatening a cherished landmark. As the fire engulfs the precious site, hell breaks loose at the protest – and Andi must solve them both.

Beacon Audiobooks has just released “The Fury Before the Fire: Monastery Valley, Book 5” written by author Bill Percy and narrated by Bill Hemberger. Download your copy on Audible today: