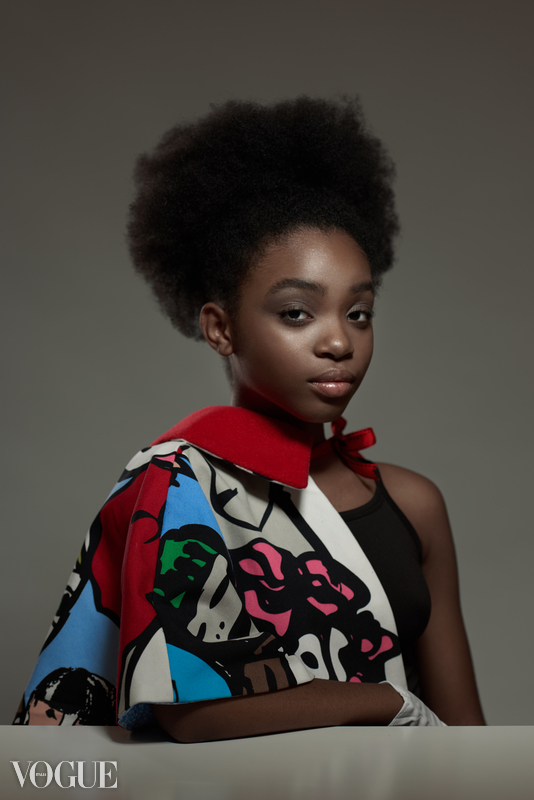 Model & Entrepreneur Celai West may be the next Tyra Banks… and she’s only 11 years old!

Picking up speed and notoriety as a Runway Model, Producer, Actress, Philanthropist, Environmentalist, Fashion Mogul, and Entrepreneur, Celai West remain grounded andembracesher roots, culture, and confidence with an abundance of pride and power.

Celai began print modeling when she was five, doing runway shows when she was six, started acting and became the CEO of her own t-shirt line, TheChattyChick.com, at seven, walked in NYFW for the first time at eight, had her first viral video at nine, earned her second viral runway video, and co-authored her first book at 10. Now that she’s 11, she will become the youngest show producer to produce a NYFW show this September with The Industry Fashion Show.

next.She is the epitome of the adage“Big Hair, Don’t Care!”Her look, courage, vibe, and talent are immeasurable and a true inspiration to kids and adults alike.

Celai explains this quote and mindset instilled from her mother, “Keep letting God work thru me and to trust Him and stay on my path, fearlessly.”

Closing Out NYFW Among Global SuperModelsfrom her coaching videos, candid cameos, and runway selections, it’s no wonder why Celai is easily garnering expansive exposure from kids to adults and top models alike. With 8 viral videos under her belt and production credits on the way, it’s hard to believe that this#girlpreneuris only 11!

Look out for Celai on runways or her fashion and beauty line The Chatty Chick who has also teamed up with “Trees for the Future” to plant a tree with every tee purchased!