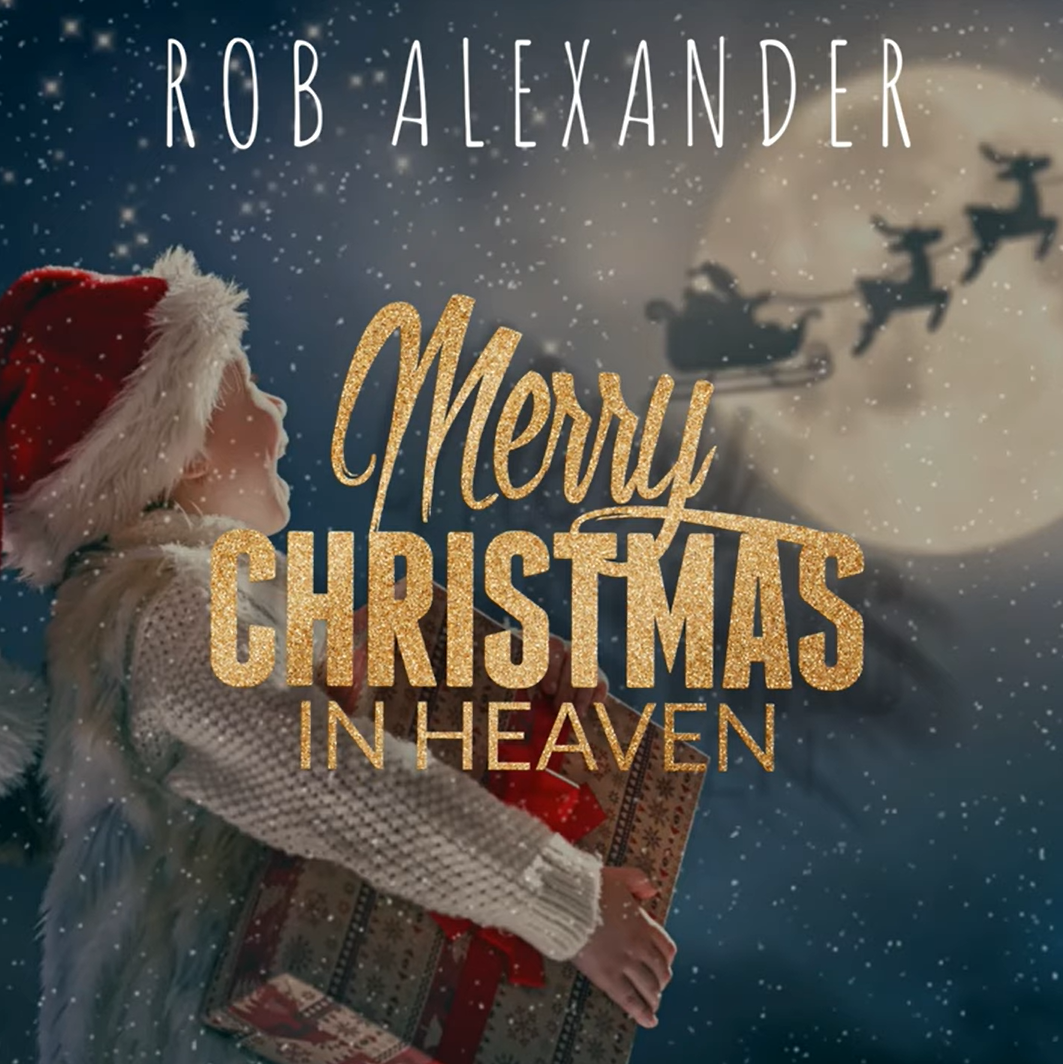 Gilded with a pristine studio varnish, the acoustic guitar that slides into focus on the back of a swinging beat in “Merry Christmas in Heaven,” the new single from popular singer/songwriter Rob Alexander, is as soft as silk but riddled with a tense finish in the master mix that makes anyone listening to turn up the volume on the spot. It isn’t very long before Alexander himself steps up to the mic, belting out lyrics that describe the holiday season in more of a homespun fashion than a corporate America-approved one, and while we’re only a few seconds into the track, the fluidity of the band’s play makes it feel as though we’ve tuned-in to a symphony in mid-movement.

Alexander’s singing is centered in the eye of the sonic storm, and while the grind of the organ and the steady flow of guitar melodies make for quite the backdrop, I found that the verses demand the lion’s share of our attention more than anything else does in this song. “Merry Christmas in Heaven” is a contemporary pop single with a couple of key rock n’ roll trimmings that keep it from descending into full-blown radio rhythms, but if there’s one part of its smorgasbord of features that it wants to put on display above all others, it is unquestionably the vocal from Alexander. He’s got a voice that doesn’t need a lot of extra help behind the soundboard, and it’s dominating the entire composition in this recording.

The harmonies seem to get bigger and bigger as we get lost in the hypnotic soundscape of the track, but I don’t believe that there’s a moment where Alexander recycles something that we’ve heard in other skyscraper-sized Christmas songs. It takes a lot of creativity to pull something like this off, especially when taking into account the scores of Christmas-themed tracks that will debut just between now and the actual holiday, but for this singer, it couldn’t sound as truly natural and unforced as it does here. I was already aware of his mad skills as a vocalist after listening to his last album, Dream out Loud, but he reaffirms his artistic uniqueness beyond any question in this all-new slice of musical winter cheer.

“Merry Christmas in Heaven” ends in a mist of fading guitar notes that beg for us to play the track all over again, and if you’re as much of a holiday music enthusiast as I am, the temptation proves too hard to resist more often than it doesn’t. Rob Alexander has been making headlines across the board in 2022, but in his latest recording, he sounds more relaxed and in his element than he ever has before. He’s got a long career ahead of him, and as long as he can continue to cultivate his sound with as much sincerity and honest emotionality as we’ve heard from him in the last couple of cuts he’s released under this brand, I would count on seeing his seeing a lot more success as 2022 slowly becomes a brand new 2023.