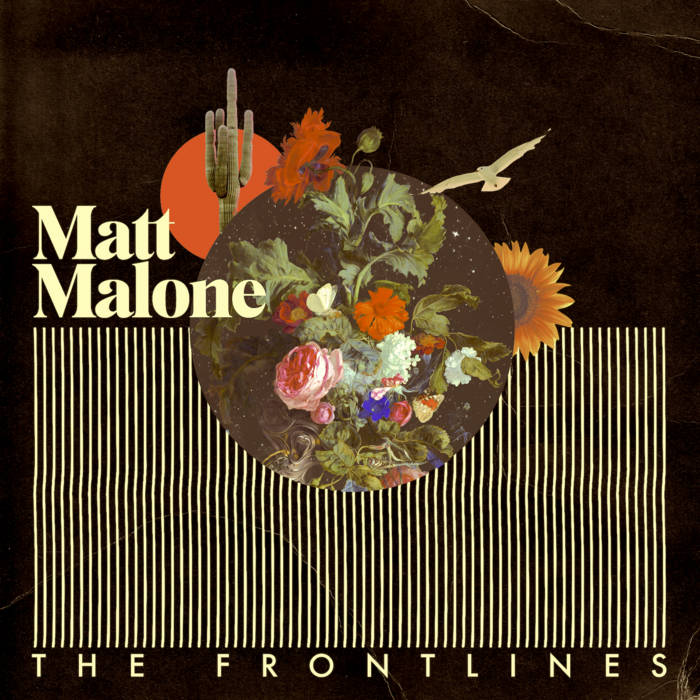 Matt Malone is on “The Frontlines”

Coming off of his debut album, Country Singer/Songwriter, Matt Malone has a new lease on life, The Frontlines. While his previous effort was inspired by a painful breakup and his ensuing emotional state, The Frontlines sees Matt with an optimistic outlook. A child prodigy who began learning classical piano at the age of 4, Matt Malone was born to be a man of song. Currently residing in Santa Fe, NM, he sewed his oats in the nation’s capital, Washington D.C.

While The Frontlines is more lyrically positive and upbeat, it’s still a contemplative and inward album musically. Malone didn’t write this record with the intention of filling up the dance floor but rather to soothe wounded souls. The title track is also the opening track of The Frontlines, which is, of course, 100% by design. I felt the sunburn of that sorrow/I can’t afford to live that way. Malone reminds us that it’s often our reasoning and resolution that brings us out of the deepest and darkest holes.

Malone picks up the pace with “Wait Forever,” one of the only songs on the album that features a live drummer. The chorus really delivers on this one, and Malone sings in a slightly higher register. Ear-grabbing and engaging, “Wait Forever” is definitely a banger. “Silver Hills” slows things back down. Malone does some impressive picking on the acoustic with this one, as his voice and guitar comprise almost the entire piece. Lyrically, Malone allows himself to slip back into a state of codependency. He understands that overcoming something or someone that ultimately hurt you means that you had to love it/them at some point.

“Letter For Leaving” hears Malone bring the drums back. It’s not as peppy of a track as “Wait Forever” but pulsates more than most of the record. Live drums allow Malone to compose brighter-sounding choruses, and that is certainly the case with “Letter For Leaving.” “Never Going Back” is the album closer, and it sort of sees Malone ride off into the proverbial sunset. The next chapter of his life lies beyond the haze, and he sounds enthusiastic about what it holds. I’m pretty sure I know the reason why/the middle of nowhere sounds real nice.

The Frontlines is everything it needs to be in terms of the length and scope of the content. It’s a nice callback to Malone’s first record and may even entice newer fans to seek it out. On its own, The Frontlines is a mature sophomore effort. Malone’s lyrical poignancy and pleasant voice make this a great record for a variety of occasions or activities. Of course, it’s also a work that many people can invest into emotionally and find resonance within their own lives. The Frontlines is now available for streaming.