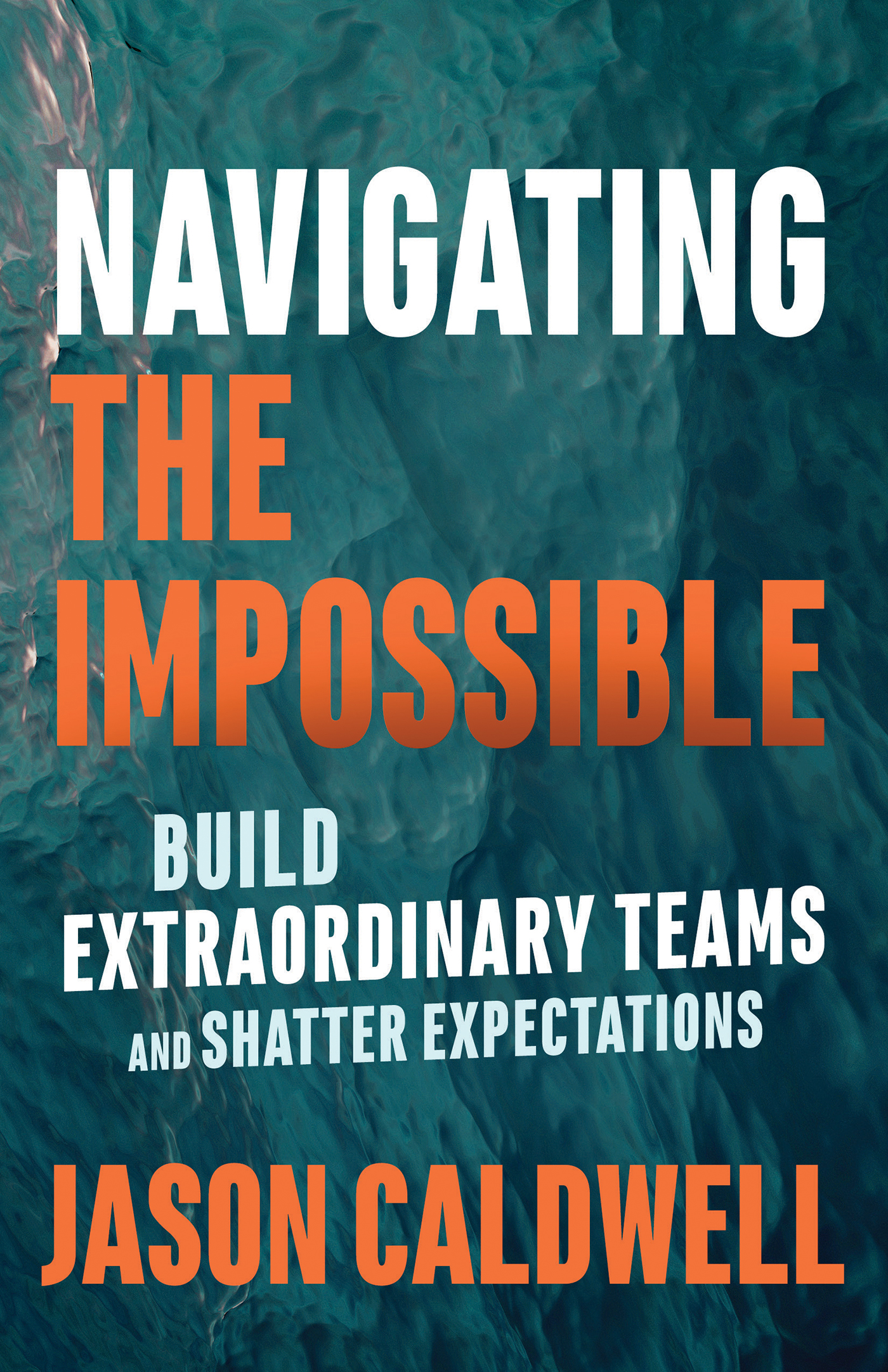 Jason Caldwell’s Navigating the Impossible: Build Extraordinary Teams and Shatter Expectations lays out the lessons learned by a championship and record setting athlete in his journey from collegiate glory to captaining two record smashing rowing teams winning the 2015 and 2016 Talisker Whiskey Atlantic Challenge. He has since pursued a career as a professional trainer and motivational speaker working with over thirty Fortune 500 companies and imparting to them what he learned from his victories and setbacks alike. This is an individual who has elevated self-motivation to an artform – simply put, his motor never stops. One of the key elements included in this text is his belief this isn’t something you have to be born with or too bad – Caldwell has a near missionary zeal for pushing the idea we may not possess freakish physical gifts, but it is possible for all of us to exhibit the characteristics of transformative leaders.

The same methodical persistence Caldwell applies to his athletic pursuits makes its way into this book and the same penchant for no wasted motion. Caldwell uses his personal experiences with the book’s subject as an illustration of what he believes possible for readers will to adhere to his principles and makes a concise and focused argument for those ideas with a fluency that may surprise some. Caldwell isn’t your stereotypical jock – all action and lacking ant capacity for self-reflection. He has clearly studied and reflected on the elements in his character and life giving him the ability to push into areas when others seldom dare to tread and Navigating the Impossible testifies to what those lessons have taught him.

There’s little if any doubt that Caldwell wrote this book for himself, a written document of his achievements and how he got there, but it is more important that he wrote this book for everyone. It adds layers of inspiration and credibility to a text in this mold when you can read and sense, without any doubt, that the author has such a clear investment in the success of others. Caldwell, whether he realizes it or not, has a giving spirit – he obviously wants to see others experience the same level of success he has enjoyed, in whatever endeavors they pursue, and intends Navigating the Impossible to give them a roadmap for how to get there.

It isn’t, as mentioned earlier, a lengthy work. Caldwell is a talented writer, without question, but he is also a plainspoken and lacks nearly any hint of self-indulgence. The same commitment to excellence he brings to other aspects of his life manifests itself throughout Navigating the Impossible: Build Extraordinary Teams and Shatter Expectations and spares no punches in presenting an alternative design for living than what readers are likely pursuing when they first pick up this book. He does not just navigate the impossible, he does more – he provides an exact trajectory for you to follow so you may do the same. This is a vigorous, intense, and inspiring read from beginning to end.