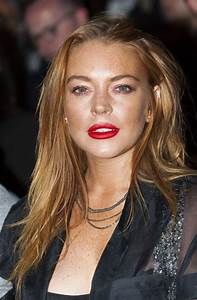 Lindsay Lohan has stated she wants to adopt her first child after bonding with Syrian refugees in Turkey.

The 32-year-old actress discussed her wish to have a family someday, which has been fuelled by trips to Turkey where she has spent time with Syrian refugees.

In an interview with The Mail on Sunday, the Parent Trap star admitted she is feeling broody but first plans to “save” a displaced child rather than having her own.

“I’ll adopt my first child. I’ve spent time with Syrian refugees in Turkey, and it made me realise how much I love kids,” Lindsay told the publication. “I just want to save them.

“I would love to have two or maybe four kids but I have no plans to start my own family yet.”

The actress, who lives between Dubai and the Greek island of Mykonos where she has launched a small business empire as a club boss, has been single ever since she called off her engagement to Russian billionaire Egor Tarabasov in 2016. The split followed a highly publicized fight on the Greek isle.

“I don’t really hang out with guys now. My focus is my friends and family,” she continued. “My last relationship feels very much in my past.

“What made me leave it? Looking in the mirror and realizing what I was missing out on by being stuck in a toxic situation. I didn’t know how to get out of it but eventually I had the courage to walk away, and that’s when things changed.”

“No one is going to hurt me again,” vowed Lindsay.

She further insisted that she has no plans to live in the U.S., again, but happily returns for work and to visit some members of her family.

“I am close to my mom, although I haven’t seen my dad in a while,” she admitted.