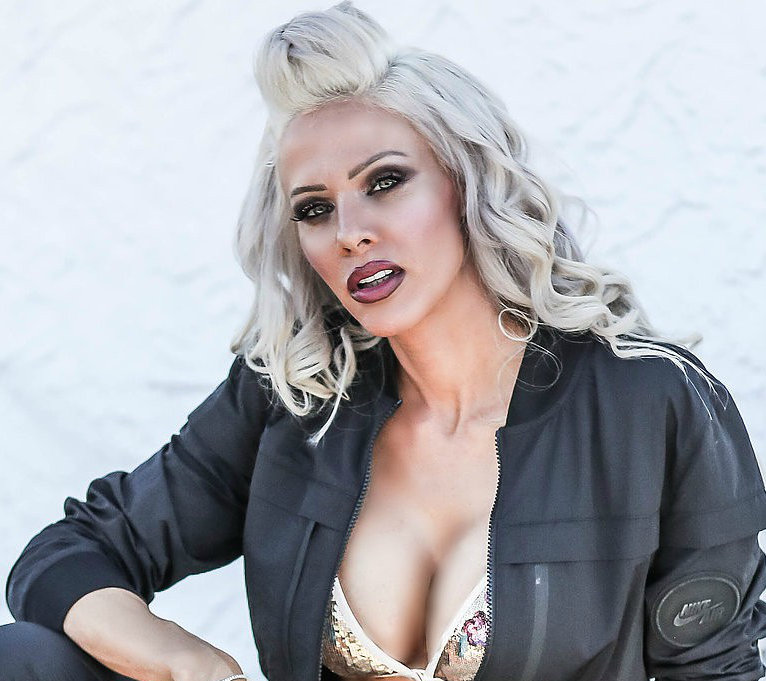 The premiere of “Nations Fire”, an emotional and dramatic biker movie with lots of heart, is set to take place in Clearwater, Florida on March 18th. The movie stars veteran actor, and two-time Oscar nominee Bruce Dern, and is directed by award winning director Thomas J. Churchill. 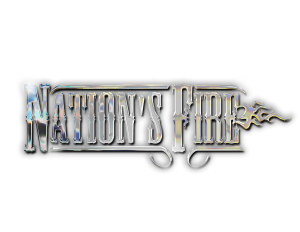 I spoke with the leading actress and executive producer Krista Grotte regarding the film. The movie was born while promoting a recent release of her prior movie “Check Point” at a “Born to Ride event.” Grotte portrays Gloria Nation in the film. She is also a member of a Biker’s Rights group called “Suncoast Brotherhood.”

Krista, what was your involvement in “Nations Fire?”

First off, I am an actress and I have been acting for about 17 years now. I worked on a lot of films with Thom Churchill. I think we’ve done about 11 film projects together. We were actually at a bike event promoting “Check Point.” That was the movie that we had worked on together a couple of years ago. “Check Point” was picked up by Netflix. We attended a “Born to Ride” motorcycle event and we talked about doing a biker themed movie. A lot of the outsiders don’t understand what a great community and great world the bike world really is. At the end of the day, it’s a real true family unit. So we wanted to do a movie about that, and I’ve been involved with the Biker Community for years working on the show “Born to Ride.” I would go around and interview people and host bike events, and that sort of thing. So we decided to put the movie together and see if we could get the funding. Usually that’s the most difficult part in making a movie, securing the funding. It’s such a high-risk business. Only a couple percent probably make their money back if it’s not a studio production. 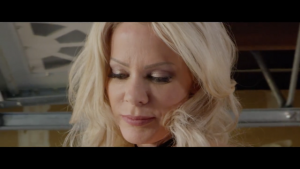 It was funny because we went around and traveled. We were looking for potential investors. Everybody looked at us pretty much like we were freaking crazy. We went to New York, we went to Dallas, we went to Miami to meet with different people. The most common question was of course “how are you going to make our money back?” We weren’t totally certain, but we suggested Redbox, Netflix, but we weren’t really sure. So, we really didn’t have a complete answer. All in all, my husband and I wound up executive producing it along with his business partner. But we needed to know how this was going to be distributed, so Thom introduced us to Philip Goldfine with Media Bridge. Phil is a real reliable producer because he does have an Oscar and 11 Emmys. It was weird, because then everything magically started to fall into place. It’s like this movie was meant to be. We met Phil in Miami and from there decided to do this. Here we are, getting ready to celebrate the red-carpet screening of “Nation’s Fire.”

Why did you decide to have the screening in Florida?

We will do another one in California, but we did the screening here because the movie was set to take place in Florida. We did film in LA, all of our interiors were in LA, but our exterior shots were in Florida. I really wanted to have a special premiere in Florida because of the involvement of our biking communities here. We had 300+ bikers show up for a grand finale of the movie, our unity run at the end. It was pretty amazing. 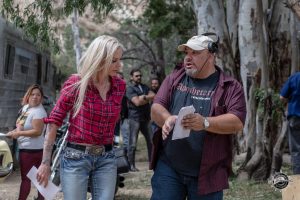 Do you actually ride?

Yes. It’s just a real tight community. You have your drama and your chaos but that’s with every group. That’s just how it is but when someone goes down when someone’s suffering they are the first people there. They are not looking for recognition for all the bike runs they do and all the charities that are hosted by our biking community. They just do a lot of great things for our military, for toys for tots, for our kids…I love that.

So, give me a brief synopsis of what the movie is about?

The movie is kind of an ensemble following a few different character’s life. My character is Gloria Nation, and she’s the daughter of VW Nation who started a 1% biker club. Her husband goes away to prison because he’s part of that club and leaves her to hand run their businesses and handle everything on the home-front. She kind of walks away from the entire club life, even her own female club that she is a part of, to just focus on her son. Then a tragedy strikes and the irony is it comes full circle to her husband. It’s a pretty intense, very emotional story. We have Bruce Dern who plays my father. It’s a lot of drama, chaos and heart. That’s the core of this movie. It’s got a very bittersweet ending and I’m just excited to show it to everybody. I can’t wait.

We have an incredibly talented cast that includes: 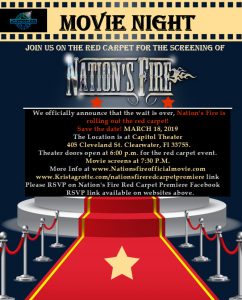 https://www.nationsfireofficialmovie.com
The official website for Krista Grotte may be found at:
https://www.kristagrotte.com
For interview inquiries please contact worldstarpublicrelations@gmail.com