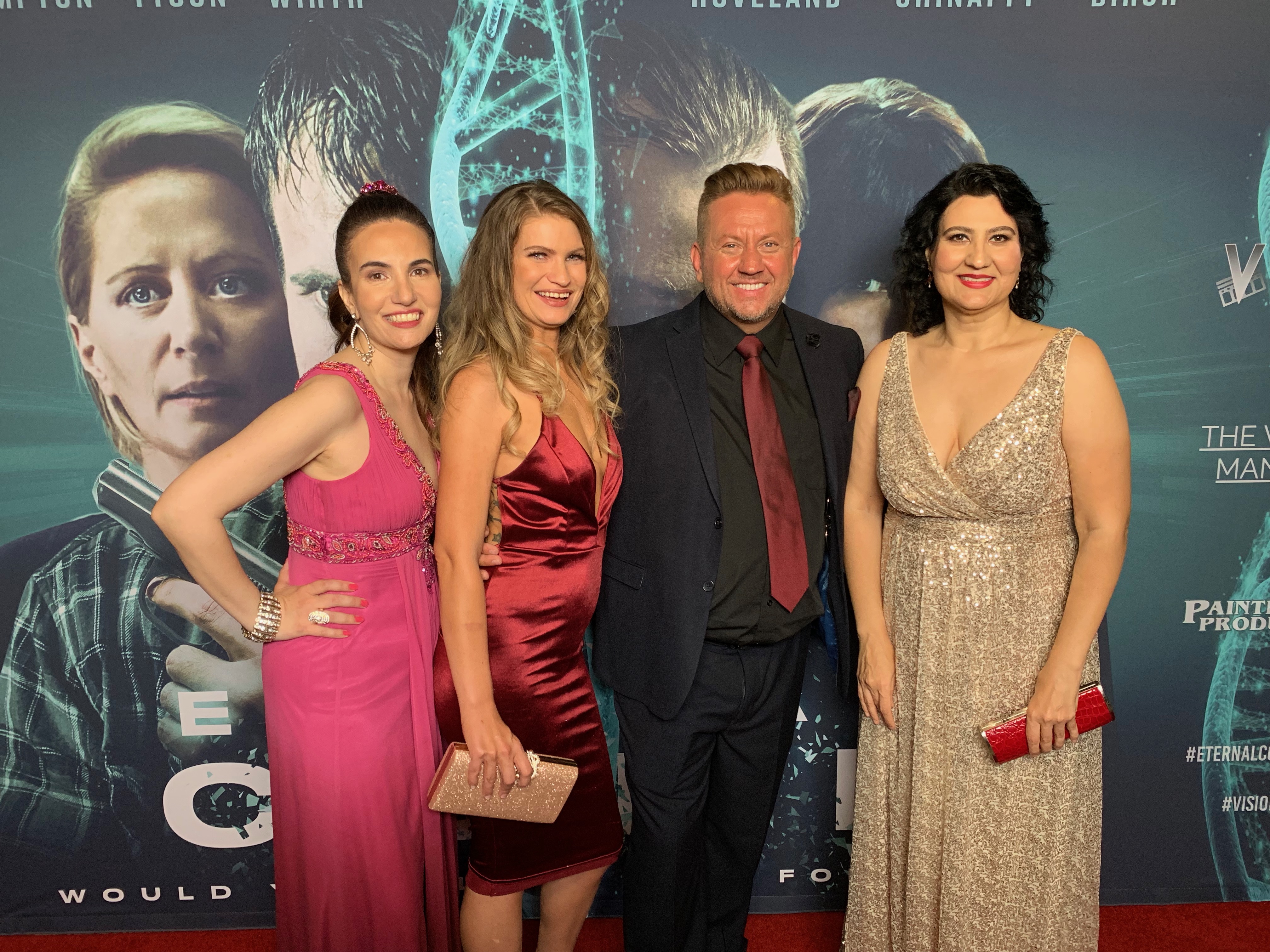 Multi award winning filmmaker Harley Wallen’s new hit film Eternal Code had a star studded premiere in Hollywood at the TCL Chinese Theatre on August 4th, and the celebrities filled the red carpet in anticipation of this new indie hit movie that is buzzing all over Hollywood.

Eternal Code is about a genetic research company that has developed a miracle device to sustain human life for the rich and powerful therein breaking all moral and ethical codes. When the company’s CEO (Erika Hoveland) refuses to approve these illegal methods, she and her husband (Billy Wirth) are kidnapped by a team of mercenaries (Scout Taylor-Compton, Harley Wallen) hired by Oliver (Richard Tyson) to keep them out of the way. Fearing for her parents’ lives, their teenage daughter (Angelina Danielle Cama) must develop an unlikely ally (Damien Chinappi) to save her parents from those who would kill to live forever.

Eternal Code is written, directed and produced by Harley Wallen, Executive Produced by Annette Cama and Co-Produced by Nancy Oeswein.

The incredible event was spearheaded by Joe Williamson from The Williamson Management Company, and was professional, fun and extremely organized. Everyone had a fantastic time, and the film is a HIT…..kudos to Joe Williamson and his team for putting together a night to remember for all.

Eternal Code will be released on all major cable platforms and on VOD including iTunes, Amazon, GooglePlay, Vudu, and FandangoNow  through Vision Films on Sept. 6. The DVD release is scheduled for later this fall.