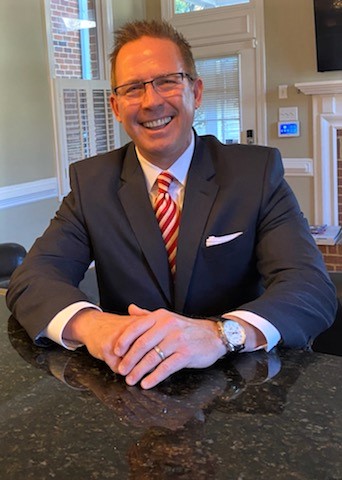 “Just One More: The Wisdom of Bob Vukovich” by Jeffrey A. Martinovich

Much of what is covered topically, narratively, and philosophically in new author Jeffrey A. Martinovich’s novel Just One More: The Wisdom of Bob Vukovich may owe its origins to Martinovich’s personal life. The latter was a shining example of how in some of the highest echelons of power one is still prone to the fallibilities of humanity. An air force veteran turned entrepreneur and CEO, he once presided over the esteemed, billion dollar wealth management firm MICG Investment Management before the economic crisis in 2008. From that point onward, Martinovich would lose everything.

MICG faced serious allegations and in spite of his firm defense of the company the once lauded CEO found himself facing fourteen years in prison. After two reversals of his case, Martinovich then found himself under house arrest as of last year. There’s a powerful connection between what appears to be his own, hard-earned wisdom translated into the words and actions of avatar Bob Vukovich. The seasoned character’s interactions with up-and-coming banking protege Cole Johnson expand far beyond just the ins and outs of the financial world. They touch on everything from relationships to the very cruxes of what makes up the beliefs and ideals one takes for granted. A core theme in the novel seems to be subjectivity, and the necessity for a sense of individuality even when giving and receiving seemingly rock-steady, statistically proven advice.

A particularly interesting angle Martinovich plays with respect to Vukovich’s character is that he may not entirely practice what he preaches. For all his wisdom and insight, the character is never given a sort of messiah-like complex or christening. That’s what really makes the story work on such a visceral level. The two men, arguably representations of the author’s personality, are shown in decidedly flawed, imperfect light. No character is presented as an absolute, rather they’re presented delicately, poetically even. There’s a humanization process to each individual gracing the page, major or minor. A notable fallibility, either detected by one of the characters themselves, or objectively by the writer.

Such a tactic is timeless, but always effective. It turns otherwise stereotypically unlikable, or inscrutable people and landscapes into something a wide audience can relate to – if not intellectually then emotionally. Should Martinovich have simply stumbled across his abilities as a literary force, he’d be well-advised to stick with them or take them up as a side-career. The portraits he paints are classy, not overstated, the people flesh-and-blood, not overtly earnest. The lessons embedded in the otherwise fictitious, narrative format of the story feel natural and organic, not inserted and attempting to lecture. And of course the lingering on the details of the perfect martini – well, there are no words. You can taste the scintillating contents with the evocation about that coming off of the page!

In short, Martinovich may still have challenges to overcome in his personal life, but professionally he has a lot to look forward to literarily. Just One More: The Wisdom of Bob Vukovich is exceedingly well-written and feels like more than just the product of a knack or potential fluke. It’s a writer testing his powers and succeeding – maybe in part because the subject matter comes from a very personal place.