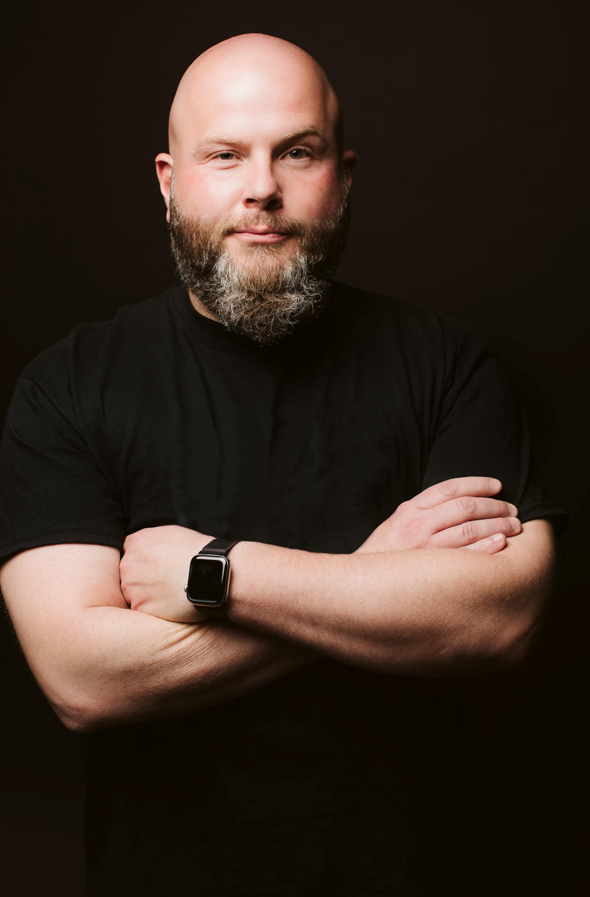 “Bald Bearded Boss: Manifesting Who You’re Meant to Be” by Elliot Noble-Holt

Elliot Noble-Holt’s name is matched by the title of his new book. Plain-spoken wording sums up the entirety of what is Bald Bearded Boss: Manifesting Who You’re Meant to Be, and I wouldn’t have it any other way. Mr. Noble-Holt’s evocative first surname notwithstanding, the book is a heart-warming and inspirational story that deftly interweaves elements of the self-help and leadership advice nonfiction subcategories with good, old-fashioned autobiographical storytelling.

A decorated entrepreneur, Noble-Holt hasn’t forgotten where he has come from, nor the profundity of the obstacles he had to overcome as a gay businessman from Nashville, Tennessee. This imbues the writing featured in Bald Bearded Boss, while decidedly analytical in its passages concerning step-by-step methodology to articulating one’s success strategy, as well as the concept of the ‘vision board’, with a humility and a grace lacking in many books looking backward. There’s often a sort of flintiness, a distinctive sense of removal, with some of the best memoirs I’ve read. That would include works as significant as Joan Didion’s The Year of Magical Thinking and Blue Nights, or attorney Elyn R. Saks’ The Center Cannot Hold: My Journey Through Madness.

While powerful inherently because of their firsthand articulations on strength through struggle, the writers seem reticent to entirely retell the events in a strongly visceral, in-your-face fashion. But Noble-Holt, never at the expense of the book’s overall focal points, nor at the risk of being too maudlin, does go that extra mile. There are intensely moving, private, and painful chapters recounting detailed moments that informed his trajectory. One of the most powerful chapters in this regard is his coming out to his mother. “I waited until Mom was sitting down. We hugged, caught up on small talk, and then settled onto the sofa in my apartment in Nashville. The moment had come for me to share a deep secret I had worked for years to keep from her. It was my eighteenth birthday, and I had my home and my independence.

The time was right for me to rip the Band-Aid off,” he writes, in a chapter titled To Gay or Not to Gay. “I was ready to come out to her. Once I opened my mouth, the story flowed—about my attraction to men, my first intimate encounter, my first boyfriend. As I talked, I saw the gamut of emotions—from surprise to fear—flash across her face. And then I stopped and looked her in the eyes. She was the closest person in the world to me. I cared about what she thought. I was breathless to hear her reaction.”

The contrast between these painfully revealing memories, the graphs he provides next to each of the chapters, and the subsequent place Mr. Noble-Holt reveals he is in now really makes the gut punch of Bald Bearded Boss click into place. “(The book) is about the twin passages I made from childhood through adolescence and into adulthood. The first passage centered on my private life—the challenges I faced and the triumphs I experienced…The second journey was about the birth, growth, and success of my business. MediCopy, a medical information company, started with a copy machine on my kitchen table when I was not quite twenty.

With perseverance and guidance from God and the universe, I was able to build it into an award-winning enterprise valued at over seventy million dollars,” he writes. “These dual journeys of my life took parallel courses and were intertwined. Personal struggles overlapped with business challenges. Personal triumphs came with the success of the business. In the end, I learned that my life and business goals aligned.”