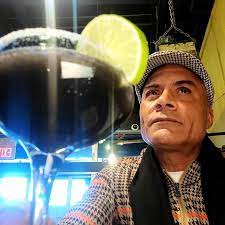 The duo of Julian Brooks and Paris King are in the business of marrying music and cinema. The video for their latest single, “Snakebite,” has not only garnered them acclaim, but tangible rewards as well. After receiving an astounding 37 nominations, the duo would take home 17 of them, from assorted festivals around the world. A simple tale of heartbreak is at the center of “Snakebite,” which is of course as about as effective as it gets.  Brooks and King administer their own unique take on the universal experience of love unfulfilled.

With an eclectic and post-graduate sense of fashion, Brooks and King bring some of the best elements of the 90s and a modernized spirit to “Snakebite.”  You can tell how great the song is in less than 15 seconds, but it comes in a package we rarely see anymore. Artists first and technicians after the fact, King allows Brooks to showcase his infinitely colorful persona to its fullest extent. Cavorting and resplendent, Brooks is, at the risk of sounding hyperbolic, a once in a lifetime talent. His presence varies depending upon the platform, but he never fails to make an impression.

“Snakebite,” tells the story of Brooks losing his girl to external forces beyond his control. Apparently, he doesn’t let the truth get in the way of a good story, as in the video at least, actual events are slightly reimagined. The entire scenario is presented in such a stylishly offbeat manner, that it somehow winds up seeming entirely culpable. In all honesty, it’s those living on the fringe of their own unique outlook, that music really misses. Brooks and King are what LMFAO would be if they actually aspired to create art.

Musically, one might expect something different than the frantic punk energy of “Snakebite.” The inversion somehow makes perfect sense, when you consider the eclecticism of Brooks and King. The drums start off busy and remain so throughout the track, and not to be outdone, the guitar keeps up. The overall mix is quite impressive as the instruments are blended in nicely, capturing that garage rock chaos, sans the throwaway noise. Julian Brooks’ vocal is perfectly synched, making the song more accessible.

It’s highly recommended that you view the music video for “Snakebite.” Seeing the cinematic musings of Brooks and King is their most sincere representation. Abstractly imagined and executed accordingly, this type of presentation used to be par for the course. Brooks and King have emerged from relatively nowhere to remind us that our imaginations can still be captured. Furthermore, I couldn’t get the song out of my head for days. Brooks and King have all but knocked it out of the park with “Snakebite,” and with the accompanying video, ran down the field and caught the ball themselves. “Snakebite” is one of those fresh and novel pieces that you just can’t allow yourself to miss. It’s irresistibly catchy and original, and like any serious snakebite, it instantly enters your bloodstream.