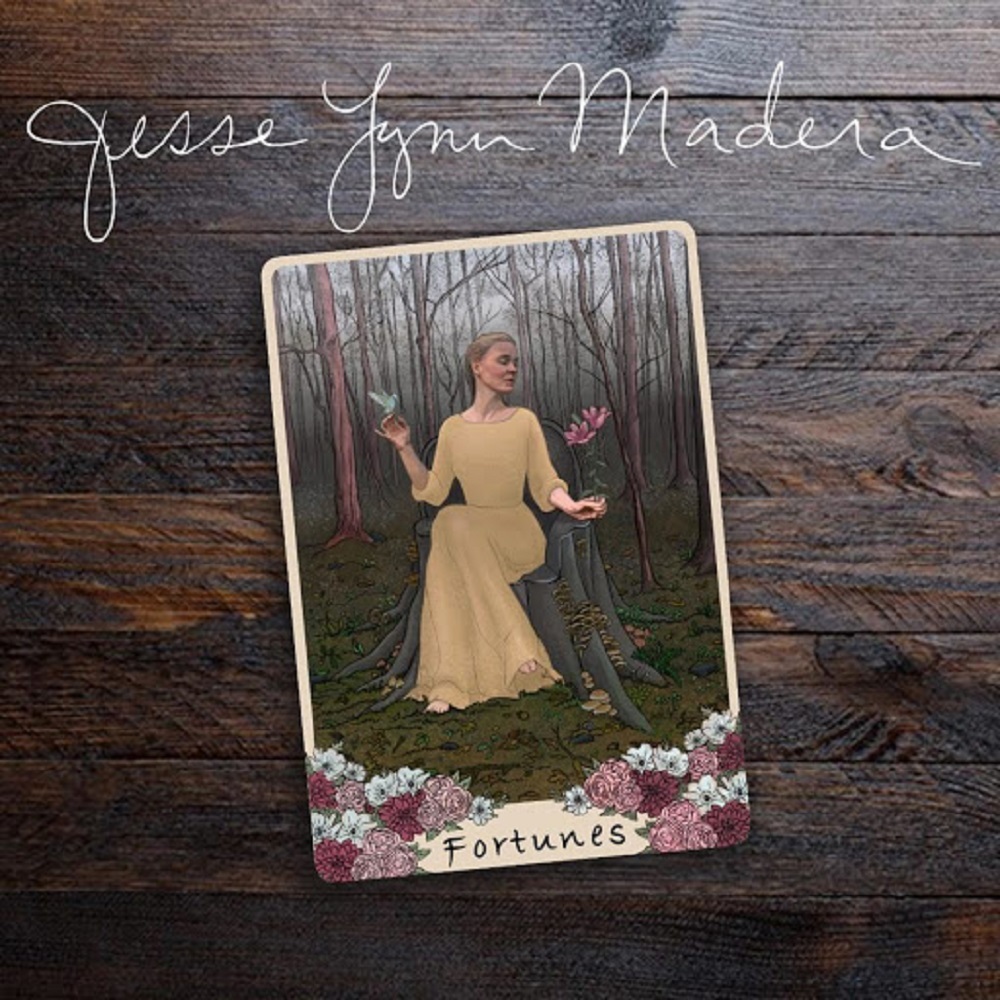 “Dante”, the first track on Jesse Lynn Madera’s full length studio debut Fortunes, serves notice a major new talent is rising in modern popular music. Madera is the whole package. She is a skilled musician, an able lyricist, possesses a gorgeous voice capable of exploring a variety of ranges, and already exhibits a level of artistic maturity it takes many artists decades to achieve. The string arrangement accompanying this performance fleshes the song out further and never sounds gratuitous thanks to Stevie Blacke’s compositional talents. You can hear the genuine heartache Madera experiences watching the song’s subject flounder in life, but there’s ample affection coming through her voice and the song’s words. It’s a fantastic way to kick off this release.

Relationships are very much on Jesse Lynn Madera’s mind throughout Fortunes. They are typically connections near or past the breaking point and the latter is the case with the track “The Door”. Madera’s lyrics are stinging and draw blood, particularly when contending with the proverbial “other woman” who so often makes their presence felt in such songs, but there’s plenty of heartache present as well. Madera doesn’t play piano on every song included with this release, but she does on “The Door” and I believe her thoughtful touch on the keys during this track ranks among the album’s finest moments. Stevie Blacke’s string arrangements once again add an extra dimension to the performance.

“7 2 H V N” is a standout number for how Madera successfully combines her wont for “looking back” with a coy playfulness missing on the other tracks. It will remind listeners of the first flush of desire they experienced for a partner when very young while still remaining classy throughout. There’s no pandering here. “Funny Man” has some slightly bitter irony driving its lyric, but Madera never fully succumbs to it and its suggestion works far better for listeners than spelling it out for them in ham-fisted fashion. She’s quite good at providing well-rounded portraits in miniature and this is one of her more successful forays in that regard.

“You, With the Sullen Eyes”, the album’s second to last track, finds Madera taking on a duet with musician, singer, and actor John Hawkes, perhaps best remembered for his role as Sol Star in the popular HBO Western Deadwood. Hawkes’ vocal provides a dramatic counterpoint to Madera’s own and the dialogue their respective efforts generate helps bring an already fine lyric to the level of performed poetry. The finale “Fortunes” has the same quiet elegance defining much of this release and the swelling musicality of Blacke’s string arrangement accompanying the track transports listeners to another level. It’s an elegiac and deeply felt ending to a beautiful album.

Madera’s recording career is off to an exceptional start with her debut EP release and this first full-length outing. She sounds confident throughout, it’s clear she knew exactly what sort of album she wanted to cut before entering the studio and hits all her marks with inspired artistry. Her potential is boundless.