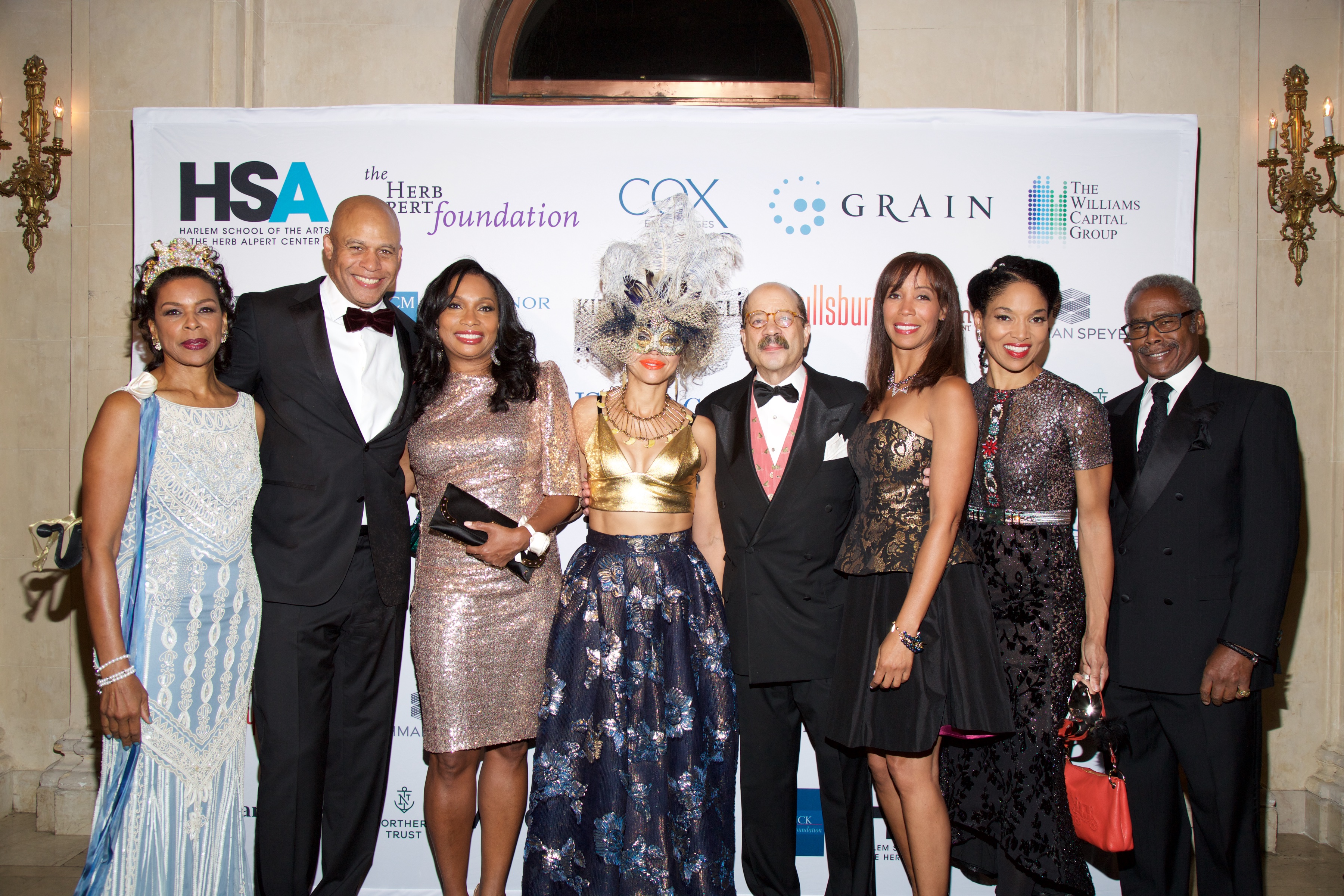 On a chilly October night, just before Halloween, the Harlem School of the Arts (HSA) presented a Masquerade Ball and After Party at the iconic Plaza Hotel to benefit this 54-year-old institution that has educated so many talented people in many genres of art.

Many celebrities including Liev Schreiber from Showtime hit Ray Donovan; Harry Lennix from Blacklist; Michael Feinstein, singer; Wé McDonald, finalist of The Voice; Tamara Tunie, an actor/singer most-known from Law and Order: SVU, Zahra Savannah Rock, the 14-year-old daughter of Chris Rock and Malaak Compton Rock who served as hostess of the party for the students in one of her first public hosting roles and more were on-hand to celebrate this important educational institution.

While on the Red Carpet, a few celebrities were able to catch us up on what they were up to as well as expressing what makes HSA so special.

Lennix who is starring in an upcoming film that he wrote called Revival that opens on December 7, still stars on The Blacklist and was a former public school teacher in Chicago, understands the importance of arts education. He is a big supporter of HSA and of arts education in general.

“Well, any school is important. I was a music teacher in the Chicago public school system for many years. I know what devastation it had. What impact it had when the funding was cut for the music program. When kids can’t go and express themselves creatively, it has an impact on every aspect of their lives,” said Lennix. People talk about. STEM. But this should really be STEAM. The ‘A for Art’ should be included.” 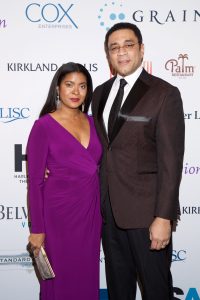 Harry Lennix, star of Blacklist with wife Djena Graves at the HSA Gala 2018

Tamara Tunie looked stunning with her elegant black dress and an intricate mask is working on a new jazz-inspired CD and lives in Harlem, so HSA is especially important to her. 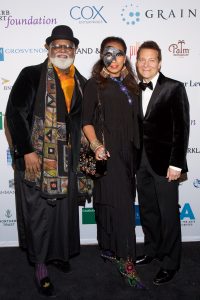 “Harlem School of the Arts is important to me because I understand how important an arts education was to me when I was a kid. When I was in public school in Pittsburgh, I was exposed to the arts. We had music, we had dance classes, we had fine arts. painting, etc. We had theater in school and a lot of public schools don’t provide that anymore. Budgets are cut and arts seem to be the first to go,” said Tunie.  “An artistic education and an artistic experience are critical to the development of the human being. And so for these kids to have access to the quality of art experience that Harlem School the Arts provides is fantastic. And it’s important it’s so important for all of us to support Harlem School of the Arts.”

Schreiber was this year’s recipient of the Visionary Artist Award.  He was in good humor, despite recently having had surgery on his back. 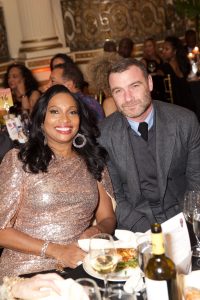 The Visionary Lineage Award was given posthumously to the late fashion designer Amsale Aberra, who passed away in April of 2018 and to her daughter singer/songwriter, Rachel Brown.

Caleb McLaughlin, star of Stranger Things and alumnus of HSA also earned an award, however, he was unable to attend due to his filming schedule, but he recorded a lovely tribute to his teachers and explained why HSA was so important to him.

The hosts for the event were Lori Stokes from Fox 5 and 9-year-old Jayden Hairston, one of HSA’s current outstanding student ambassadors.

Guests were able to enjoy the sounds of the HSA All-Stars and the Maynor Singers and Rachel Brown.  They were also able to witness the graceful dancers perform two original dance pieces.

The gala was a huge fundraising success bringing in over a million dollars.  The money is used to help students who need financial support to continue their training in the arts as well as to bring new programs to the organization. 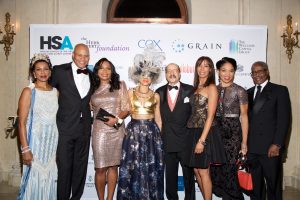 Some of the items auctioned off included a lunch with Caleb McLaughlin, a visit with Liev Schreiber on the set of this season’s filming of Ray Donovan and a vacation at renowned author Ian Fleming’s former island retreat, GoldenEye.

The After Party, that was held in the Plaza’s Terrace Room brought about joy as guests most of whom were wearing festive masks enjoyed the spin skills of DJ D-Nice.

Learn more about the Harlem School of the Arts here.