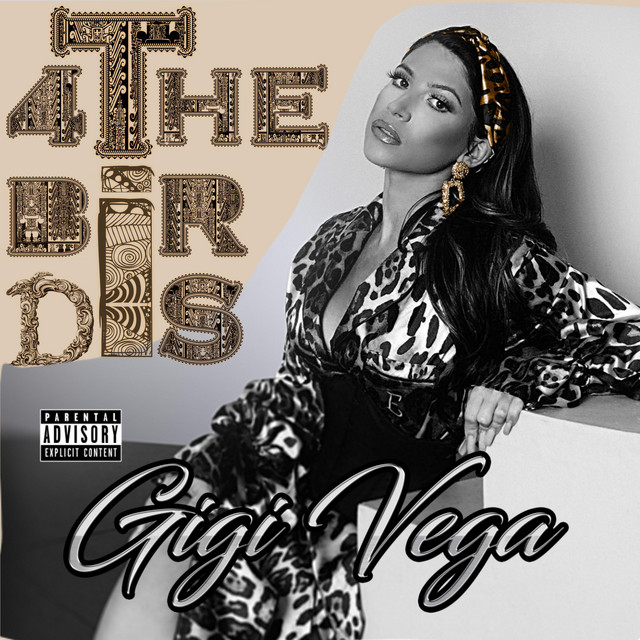 If you want to be GiGi Vega’s lover, she makes it pretty clear in the single “4 the Birds” that she needs action far more than she needs words in her life right now. She’s assertive, up-front and to the point in her statements here, much of her direct approach being backed up by the formidable thrust of the groove she straddles in this track. “4 the Birds” is instrumentally forceful, aggressive even, but rather than it featuring a bassline that breathes down GiGi’s neck like an unwanted club-goer on singles’ night, it lets her voice set the pace – and the pressure level – right out of the gate.

The guitar element is muted in the backdrop, but its harmonies are still made golden by the addition of her voice at the forefront of this mix. The beat struts as much as these verses do, and by the time we reach the latter half of this track it’s as though we’ve experienced a more vibrant rush of harmonies than an entire night on the dancefloor could have provided. Using subtle bond between rhythm and rhyme to create soft, honest poetry, this artist outdoes herself and the competition in this latest release.

The passion in “4 the Birds” starts with the interplay between the vocal and the percussion, with a tremendous amount of friction born from the hesitant grind their broken cadence creates. The instrumental construct of this single requires a bit of jazz-like chaos on the backend, but it’s never so raucous a display of carnal musicality as to distract us from the real star of this show – GiGi Vega herself. She’s more swaggering in her delivery than she was in her previous release “Watchu Tryna Do?,” and it’s not unearned by any measurement; for all intents and purposes, this material is more mature and more reflective of what she can do in the studio. When she’s firing on all cylinders, hers is a monstrous momentum to try and slow down, and by leaving a little bit of space between the bass and drums in this mix her voice is able to melodically erupt in the chorus unburdened by any textural or tonal ornamentation in the track.

Charisma is GiGi Vega’s not-so-secret weapon, and based on how well she’s been able to appropriate it thus far in her career, I doubt she’s going to careen off of the mainstream radar anytime soon. She’s already sporting some impressive streaming numbers for the various incarnations of “Watchu Tryna Do?” and her Christmas track “Mistletoe Kiss,” and with this most recent studio work added to the pot, I think critical interest is going to be difficult for her to shake as the year presses on.

There aren’t enough compositional intricacies in the majority of club-influenced pop music to make the subgenre a regular topic of discussion in intellectual circles, but with the likes of GiGi Vega rising through the ranks of her scene, I could see this narrative shifting in a new direction in the future. She’s executing a fascinating hybrid of electronica and pop here that’s bound to raise eyebrows, and for reasons almost exclusively technical in nature.