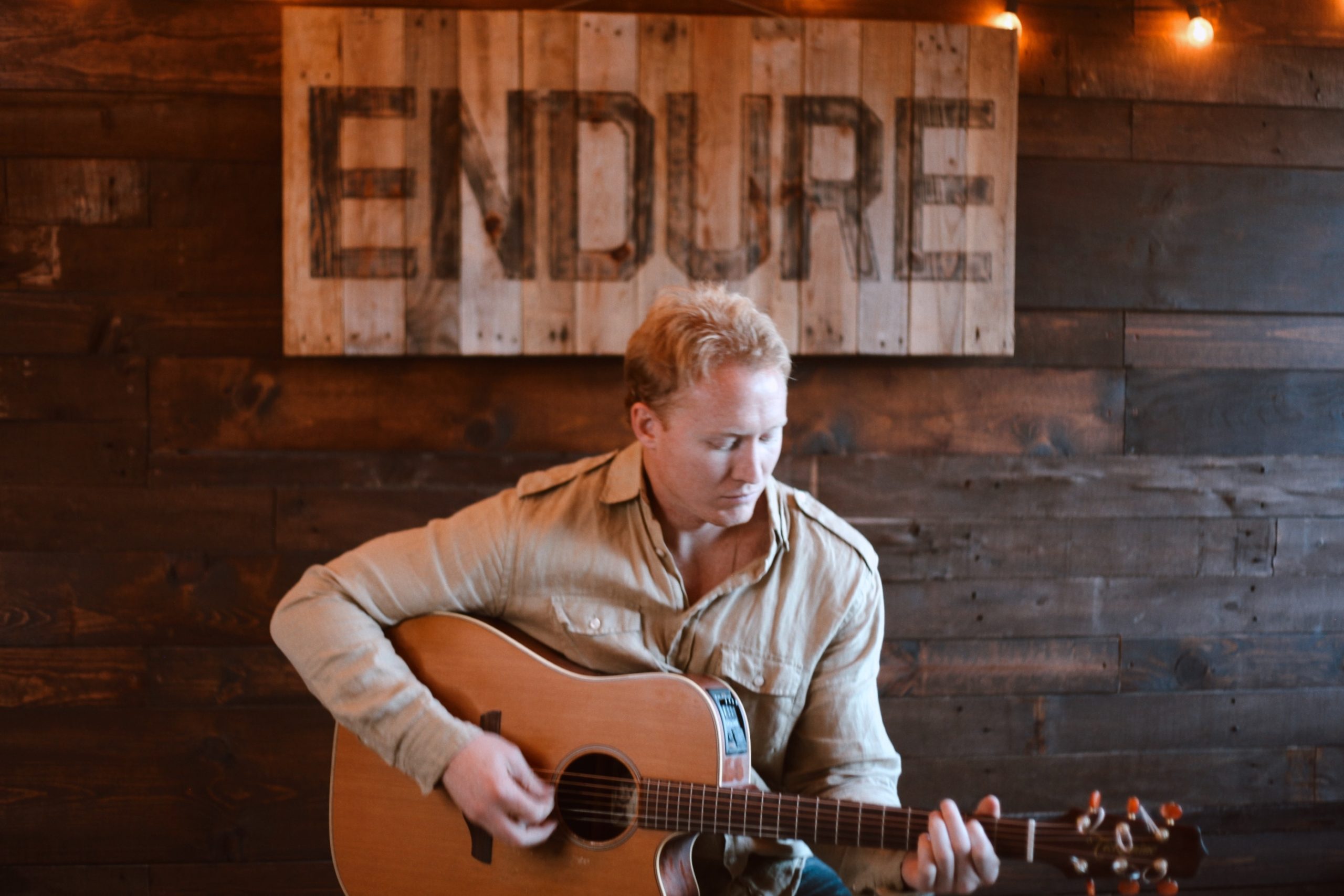 When did you first know you wanted to become a musical artist? What was the first song you ever wrote?

I had zero interest in music as a little kid.  All I cared about were sports, climbing trees, and finding any ways I could to give my mother anxiety.  Then my family took a trip to Colorado where we stayed at a house with some other family friends, and there was an old school 8-track player with a John Denver album that somehow caught my imagination.  After that trip, I started to fall in love with music – still probably in 4th grade or so.  I started writing songs by 7th grade – and thankfully I can’t remember what my first song was….because it would probably be so bad I’d want it blocked out of my memory.  The first one I remember was one about junior high drama….very emo and over the top, and I think somewhere in there I rhymed “life” and “strife” – which is about as low as it gets as a songwriter.  Thankfully I’ve developed since then.

There are many current influences I have, but if I go back to the beginning of my journey with music when I was first getting into it as a kid, some of them would be John Denver, Pierce Pettis, Green Day, Metallica, Linkin Park and Oasis.  Ok, I cheated.  That was 6.

What’s in your IPOD this week?

New music by the X Ambassadors, Faith Richards, The Score, Sam Hunt, and Kanye West, alongside Sasha Sloane, Bishop Briggs, One Republic, and then some of my workout favorites: LL Cool J, ACDC, T.I., Lil Wayne, Eminem, Rage Against The Machine, Rise Against, The Pretty Reckless, and The Bravery.

There’s a spot just down the road from me in the valley of LA called Oaks Tavern that I played at with Faith Richards last week.  It’s your classic neighborhood bar type feel, but one of the bartenders, who is also a singer, set up a weekly acoustic night every Tuesday.  I didn’t know what to expect, but I loved it – and it refreshed me so much to see that low-key, chill environments for live music are still alive here in LA if you find them.  The scene in the city, overall, is pretty commercial with big names playing at big venues, but I’m always glad to see places that have good live music in a more accessible and causal way.

Hands down, the energy.  There’s something that hits differently when playing songs in a room or studio, versus getting up on a stage and playing it with an audience and the interaction that comes back and forth.  I saw Charlotte Martin play last week at Hotel Cafe in Hollywood, and though I’ve heard her before on records or in the studio, hearing her do her thing on stage and melt everyones’ faces off reminded me how magical great live music is.  Playing live I’ve found that the songs take on a life of their own – and they come out slightly differently both in the way I play them on stage, and the way the audience takes it in.  That unknown is both what gives us nerves when we’re playing live, and also what gives a different kind of adrenaline rush.

The last full album I put out was several years ago, and since then I’ve dropped singles.  In 2022, though, I’ll be putting out another full album, and so far on that album, my personal favorite is a song called “Way To You”.  It’s incredibly simple, but very driving and powerful – and over time I’ve come to value that combination as much as anything else in music.

What’s the best concert you’ve been to?

I’ll go old-school for this one, because though I’ve seen larger, more energetic shows, the one that first caught my imagination was an Alabama singer-songwriter named Pierce Pettis.  He’d come through Dallas, where I grew up, and play at these underground coffee shops with just acoustic/vocal performances.  He was a family favorite of my family and some of our friends, and we’d go every time he came to town.  One, in particular, at a little place called Uncle Calvin’s in Dallas, inspired me with the way he’d fill the room with just an acoustic guitar and his voice.  At the time I’d been playing more electric guitar, and after that show I got an acoustic guitar – and I could argue that was the real genesis of my journey as a songwriter.

First band that immediately jumps to the top of that list is U2.  When I was growing up they played at the Super Bowl and it was one of the most memorable performances I’ve ever seen (even just from my tv).  They’ve had such an incredible run as a band, and I’d love to hear their stories, and perspective on music over the decades and through all the changes in the industry.  I also admire the leadership role they’ve taken both in the music community and culturally around the world.  They’ve used their platform in some really cool ways, and I’d happily talk with them about all of it over some good Irish whiskey.

I’ve got all sorts of goals for my studio and production company that I’m building, ENDURE Studios, but my goal as an artist right now is simply to make the best music I possibly can.  As a songwriter/producer, I work with multiple artists in different genre’s and sounds – and I certainly put my heart and soul into every song I write and produce with them.  But it’s time for me to start getting more of the songs I’ve written for myself down and recorded – so in 2022 I’ll be putting out a single every month while I work on my album that I’m shooting to release next fall.  I’ve got all sorts of different sounds and styles on that album I’m excited to dig into and bring to life – that’s my short term goal right now.