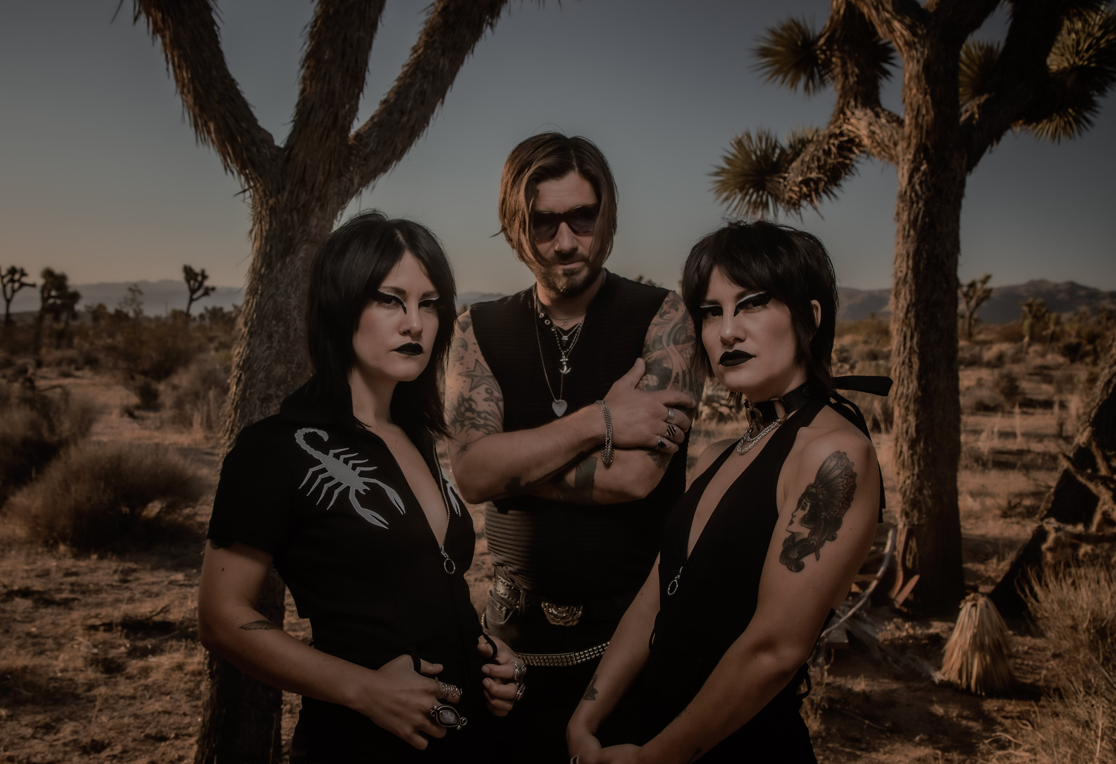 Exclusive Interview with Flames Of Durga

You just released a new song! Will you tell us about it?

White Owl’ was originally inspired by a lucid dream bassist and singer Cecilia had. This is our newest single off of our upcoming debut album, recorded at Rancho De La Luna & produced by Dave Catching. White Owl brings a heavy driven riff that has a powerful energy with some witchy, mystical vibes and lyrics. This new single is about gaining insight and broadening your perspective beyond the ego mind.

White Owl was originally inspired by a lucid dream with a white owl.  Cecilia : I awoke in a dream to find a giant white owl flying towards me. I felt the magical wisdom and peaceful energy of the owl as its beautiful wings flew closer towards me. There was a strong sense of interconnection and I was pulled to lift up my hand for it to land on. This was some magical owl medicine that immediately inspired me to write a song as soon as I woke up! This dream acted as the catalyst and then Béah wrote an epic, heavy guitar riff on her new white sg at the time. After Béah wrote that riff our lyrics followed shortly after.

So many but to name a few..Iggy Pop, Joan Jett, The Runaways, The Kills, Nirvana, The Breeders, Royal Blood, All Them Witches, Queens Of The Stoneage, Slaves, Corrosion Of Conformity and the list goes on!

Collaborating with Joan Jett would be killer! She has inspired so many women before her to pick up a guitar and play rock n’ roll!

Béah: Play and sing from your heart! My music is such an emotional release and a unique and personal gift I can share with others. It’s beautiful to be able to connect with a total stranger when you share your music from an honest and vulnerable place. Also, be dedicated with your practice, have patience, yet don’t take yourself too seriously. There’s a balance, but having fun is number one!

Cecilia: Fully letting go and getting out of your own head, whether on stage or in the studio will allow for magic to channel through you! Any performance could be your last so give it all you’ve got!

We have a brand new video for White Owl that comes out this Friday, June 17th! We will have a vinyl release of our debut full length album later this summer on Last Hurrah Records! We will also be touring the UK this coming September! Follow us on social media to see our upcoming UK tour dates.