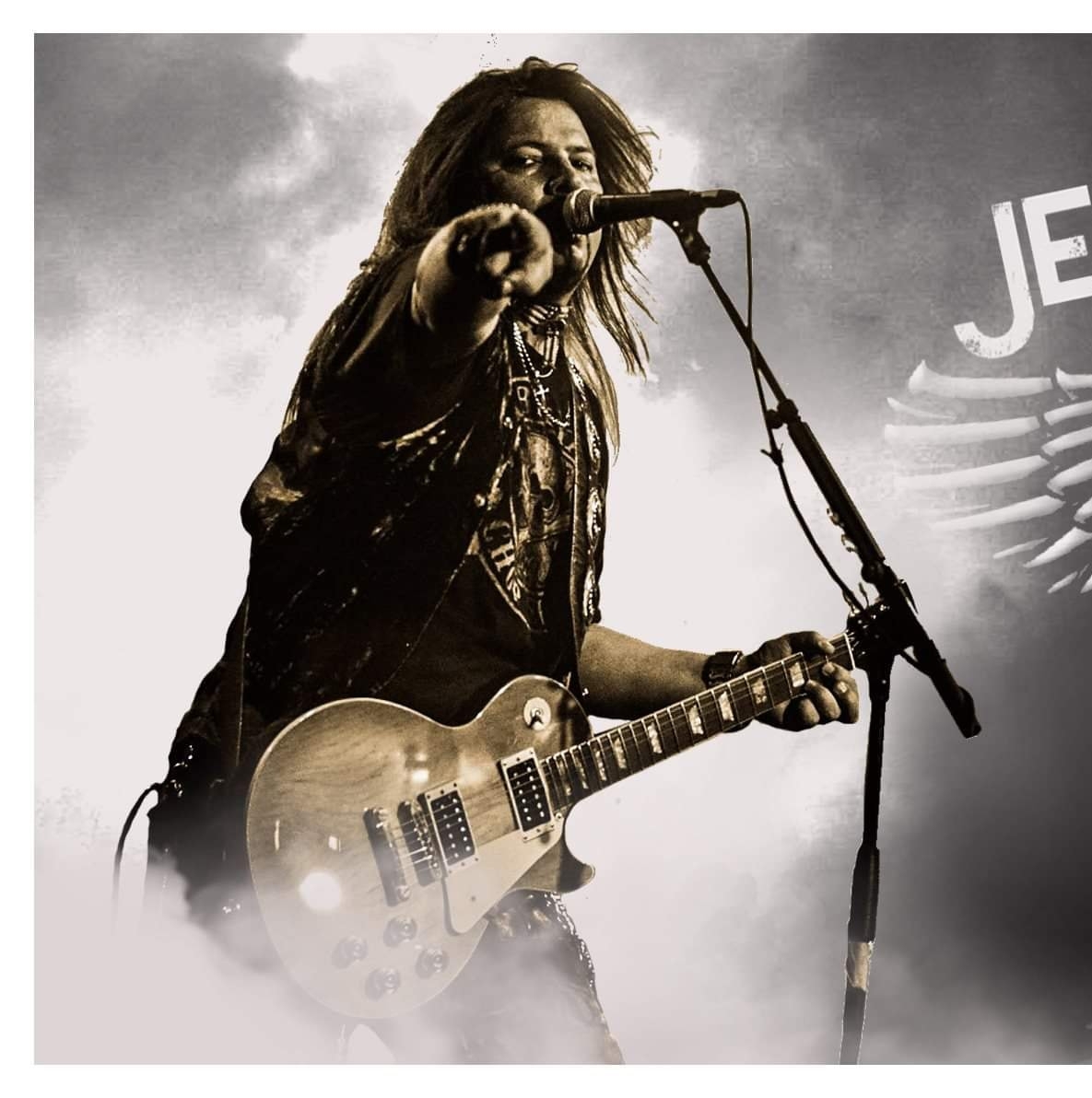 “Enemy Within” by Jeff Carlson Band

When it comes to rock n’ roll, one is inclined to wonder what hasn’t already been done by some band or solo artist at some point in history. The story of rock has been crafted by some of the craziest musicians to ever walk the planet, but where some critics will tell you that the end is near for the legendary genre, my gut tells me they haven’t heard the Jeff Carlson Band yet, and specifically their new single “Enemy Within.” Rather than copy and pasting the framework of their influences into something relatively contemporary as a means of reaping the rewards of generational aesthetical growth (no matter how limited that may be), this is a group pushing forward with their own sound out of their own scene – and breaking the mold along the way.

There’s no other way to put it; what transpires between the bassline and the guitar in this master mix is nothing short of pure anarchy, but not in the sense that shapelessness overtakes the textural output both instruments have to contribute in this release. Cory Kay’s bass brutality has two different entities to keep up with in Carlson and fellow axeman Robbie Wolfe, but when they’re each going after the hook in this chorus, it’s difficult to tell which horse is in the lead. They’ve got amazing chemistry together, and in an age filled with crossover collaborations, it’s nice to hear something fluid and untainted.

This main riff recalls the groove metal tacticians who ruled much of the mid and late-1990s but doesn’t go so far as to outright recycle the forward aggression of Pantera and the like. I actually think this band could be more Acid Bath than they realize if they were to push their melodic tendencies toward the gothic over the typical alternative rock sound, but I digress; what they’re doing here is already heavy enough to make both metal aficionados and diehard rockers really excited. Those are two audiences that haven’t been getting along very well in the time since the two aforementioned bands scorched their way through the underground decades ago, but this could be the right collective to reconcile their differences in the 21st century once and for all.

You don’t have to be the biggest rock fan to get into what the Jeff Carlson Band is doing in “Enemy Within,” but if you’re serious about the genre and its future, taking a peek at this track and its parent album Yesterday’s Gone this summer should be on your to-do list. The JCB has a tried and true formula that while familiar to a critic like myself still has a fresh quality untethered to anything I was initially anticipating when I sat down to give “Enemy Within” a listen this week, and though it might take them a little while to get out of the Las Vegas scene they’re rocking now and into the international spotlight, what they’ve already accomplished here is an essential stepping stone their rivals should be quite jealous of.

The music of Jeff Carlson Band has been heard all over the world in partnership with the radio plugging services offered by Musik and Film Radio Promotions Division.  Learn more https://musikandfilm.com