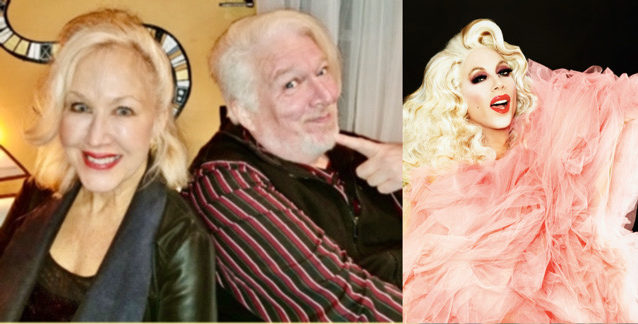 Drag Legend Sherry Vine will be a featured guest on “If These Walls Could Talk” with hosts Wendy Stuart and Tym Moss on Wednesday, April 21st, 2021 at 2 PM ET live from the infamous Pangea Restaurant.

lDrag Legend Sherry Vine is a world renowned drag cabaret artist known for her hilarious video parodies on You Tube (over 19,000,000 views), entertainer, comedian, live singing, and now her own well deserved show on Hulu “She’s Living For It”. Called the “Elizabeth Taylor of downtown theatre” by Journalist Michael Musto, after living la vida loca  for years in NYC, this dazzling damsel is gracing LA where she can be seen as “Blanche” in Golden Girlz Live,  Battle of The Bitches with bestie Jackie Beat, and you don’t want to miss her one woman show “Hollywood and Vine” her first new solo show in years, mixing the glamour of 1940’s Hollywood with her trashy pop sensibility.

Watch Sherry Vine on “If These Walls Could Talk” with hosts Wendy Stuart and Tym Moss on YouTube here: