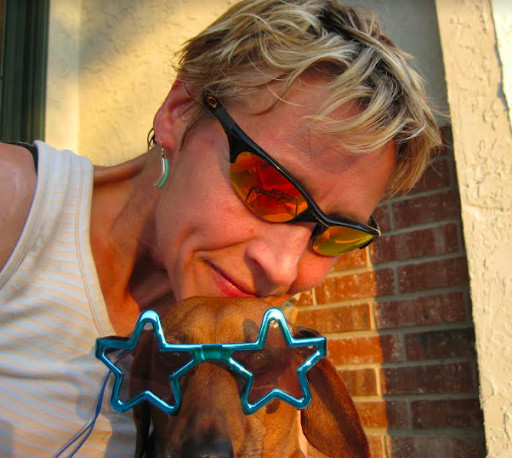 It’s an unspoken job for artists to not only focus on entertaining but also to use their abilities and expressions to shine a light on important issues. All art is inherently political despite what others say and in the case of DawgGoneDavis, she’s not mincing words in her declaration of anti-gun violence with her song “Boulders Weeping (Cry No More)”.

I don’t think it’s coincidental for a song about the pain inflicted on millions by the action of gun violence pulls its name specifically from already one of the many notorious shootings we’ve experienced this year. Rebecca Davis is joined on this track by artist Dorian Paul who lends a textured vocal presence on the chorus. It’s an evocative piece of mood music with a specific point of view that’s hard to disagree with. Beyond a slight mention of the trivial nature of us looking to other countries’ current affairs rather than our own issues (indirectly referencing Harry and Megan’s departure from the royal family), this is strictly an American-driven song.

It doesn’t help that by virtue of its subject matter, this song will remain painfully relevant for a long time as it seems the neverending cycle of shootings will never cease anytime soon. Davis implements a sing-talk style through most of the track, and while she describes herself as a rapper, I’d say she’s more akin to a spoken word poet (yes, I know we can split hairs on that). Her heart is heavy and her words have a distinct weight even without the subject matter. It honestly reminds me of latter day Lou Reed or Leonard Cohen with the stern delivery often backed by the instrumental, even if it’s a little off-kilter.

Your mileage may vary on your personal enjoyment of the song. It’s not exactly a toe-tapper in the traditional sense, but as far as a song that’s specifically focused on challenging the system with reverence and straightforward no padding lyrics, it’s pretty fantastic. I think for some, the honest nature of the lyrics might come across as too hokey, and there is a clunky line here and there, but they’re hardly noticeable enough to really bring down the efficiency of the song. The production is very clean and despite bringing in the gospel and R&B veteran like Paul, the sound I’d say is more decidedly rock inspired. Genre is constantly shifting and I think has become meaningless in a lot of ways, but an effective sound is an effective sound.

For the record Davis did not just fall off the turnip truck, she is a veteran artist with many impressive releases to her credit. Because of this she shows no hesitation in expressing her point of view on a lot of the, for lack of a better term, wild things we’ve experienced in the last few years. Because she’s still new, there are a few growing pains any starting artist will come up against, but as a start in addition to some previous singles, she’s already making a fantastic and decidedly impactful step forward.

The music of DawgGoneDavis has been heard all over the world in partnership with the radio plugging services offered by Musik and Film Radio Promotions Division.  Learn more https://musikandfilm.com