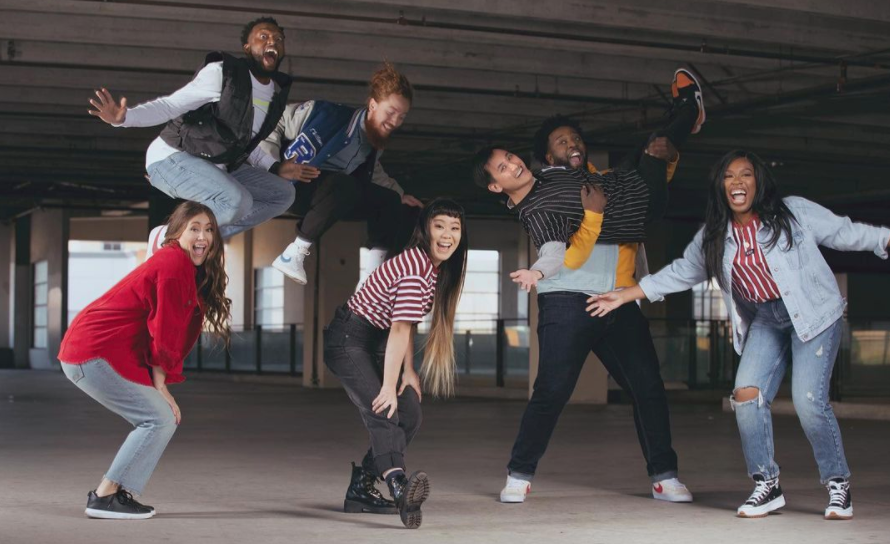 Emphasizing the collective through the eclectic is the name of the game for One House Worship, and in their new single “Victory,” listeners are treated to an exhibition of their style unparalleled in the music realm today. One House Worship is made up of a rotating cast of producers, songwriters, performers, and artists of all stripes focused on celebrating God through beautifully tuneful music, and taking influence from gospel and CCM the same, they’re establishing a new wave of thoughtful, faith-based songcraft you can’t help but get lost in. “Victory” both summarizes their present style and teases the possibilities of tomorrow.

ABOUT ONE HOUSE WORSHIP: https://linktr.ee/OneHouseWorshipSocial

While eclecticism is sewn into the structure of this project, there’s nothing particularly scattered about the beat or general mechanics of “Victory.” We get a sense of how epic a performance this is going to be right off the top of the track, but by the time we get halfway in, the fluidity of the harmonies is strengthened by the percussion – it’s not merely giving us the singers a groove to play with. Nothing lags behind nor skips ahead here; with surgical precision, these players deliver a juggernaut of a performance in this single that speaks to their chemistry and their connection with the subject matter at hand.

“Victory” is a motivating song to listen to for reasons that extend beyond its lyrical content, and I think it all starts with the melodic might its chorus is packing. Every good single has to have a centerpiece, and the culmination of instrumental wonder we find in the climax of this track is as much of a crown jewel as any listener – CCM fan or not – could ever ask for. The vocals are penetrating the speakers seamlessly here, and it’s not because of the sharp production quality alone.

These singers embody the soul of the narrative without having to utter any specific phrases or biblical quotes, but when paired up with the poetic value in “Victory,” we get something beyond ethereal in the final product. Depression, uncertainty, peril of all sorts; none of it stands a chance against the feeling of love that comes with the degree of faith so eloquently described in this single, and no matter who you are or where you come from, the message here is one frankly too accessible to be rejected. There’s a universal appeal in the lyrical sentiments of this song, which isn’t true of most pop music.

CCM and gospel enthusiasts have become increasingly at odds with one another in recent years as aesthetical differences have widened the gap between the two genres, but I think this is going to be one act both camps can get into this summer. Since dropping “Done” in 2020, One House Worship has only gotten more attention, and the endless possibilities of a project of this sort make it a fascinating follow for anyone who appreciates faith music and what it stands to evolve into in the 21st century. “Victory” won my heart out of the gate, and I look forward to hearing what the conceptual moniker behind its creation will put out next.