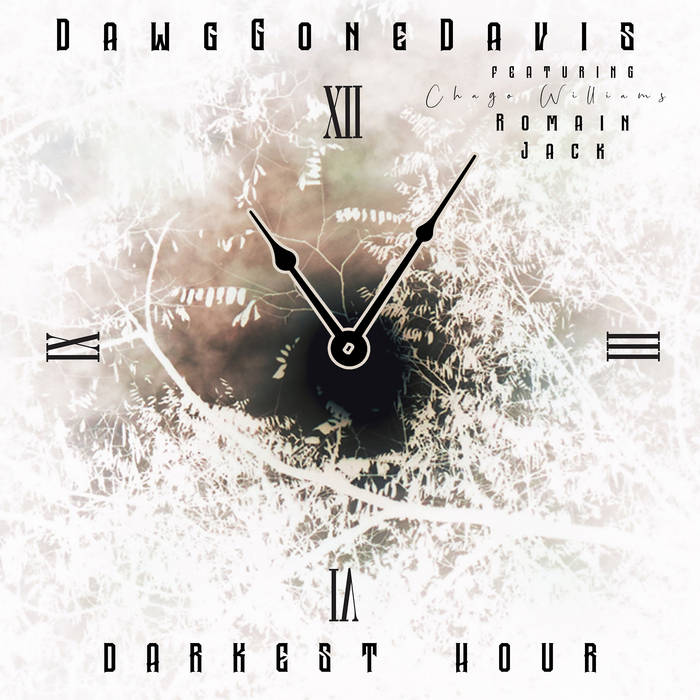 I can guarantee you haven’t heard anything like the truth-teller DawgGone Davis and her new track “Darkest Hour” features Chago G Williams. This spitfire, no-holds-barred tune holds a trinket over the likes of slam poetry and say-singing. I could lie and say it sounds a lot like the U2 Achtung Baby album, but it doesn’t. It sounds like literally nothing you’ve heard in your lifetime. And it’s decadently fun, topped off with some endearing words of wisdom.

An ode to connecting to one’s spiritual side and gleaning hope from fellow humankind, “Darkest Hour” has a feisty DawgGone Davis (whose real name is Rebecca), slays the opening lines with such calamity as referencing avocados (green and swishy) transitioning her story to talking about “coppers taking you away.” She has a bit of inaudible words at the beginning, like the guitar mix is just a little heavy, but the situation fixes itself pretty quickly and she’s off and running. How can she be so sweet and sound so sour? It call comes down to the darkest hour, she raps. Her voice, tainted with years of experience and jest, sounds refreshingly honest. She’s fun – she’s having a ball and this song is just one more notch in her whimsical ways.

Davis, who is based in Kansas City, has been in the recording game for some time. She shows no signs of slowing down. Her wide-reaching discography includes a Christmas track, a Neil Diamond tribute and the beyond awesome song “Middle Aged Woman – Hip Hop Style”. Now that you have a glimpse of her other work – back to “Darkest Hour” and its charming ways. Besides the top-notch storytelling, albeit, average rapping, you can’t help but fall for Davis. Below the current that is the rapping river, a melodious, 80s flavor electric guitar from Romain Duchein. I love his name…it even sounds like it could be a line in the song. They have a cool synergy happening and the bond forms a frightfully good tone. When you start to dig deeper into the lyrics, Davis’ faith peaks its way into the sentiment. Her voice and pitch stay the same, but as the song continues, she lets out little gems right after another. The last few stanzas, she mentions Don McClean (“American Pie”) and somehow reminds us that the good ole days are there, we just have to look for them.

By the time Chago G Williams’ parts roll into town, he’s not only bolstered by Duchein’s handywork, but his deeper bravado voice serves as an interesting intersection between the music and Davis’ rapping style. Williams’ raps it’s like a waging war, stuck in the darkest hour, with no lights at all, who cares if we fail, we’re stuck in the darkest day. So, as the onion starts to peel away, this song builds upon each measure and takes on greater stakes. It hits you about the time Williams mixes in his first chorus, that this song has this ebb and flow to it that only these two could muster. It’s subtle magic, but the spark is definitely there.

The music of DAWGGONE DAVIS has been heard all over the world in partnership with the radio plugging services offered by Musik and Film Radio Promotions Division.  Learn more https://musikandfilm.com