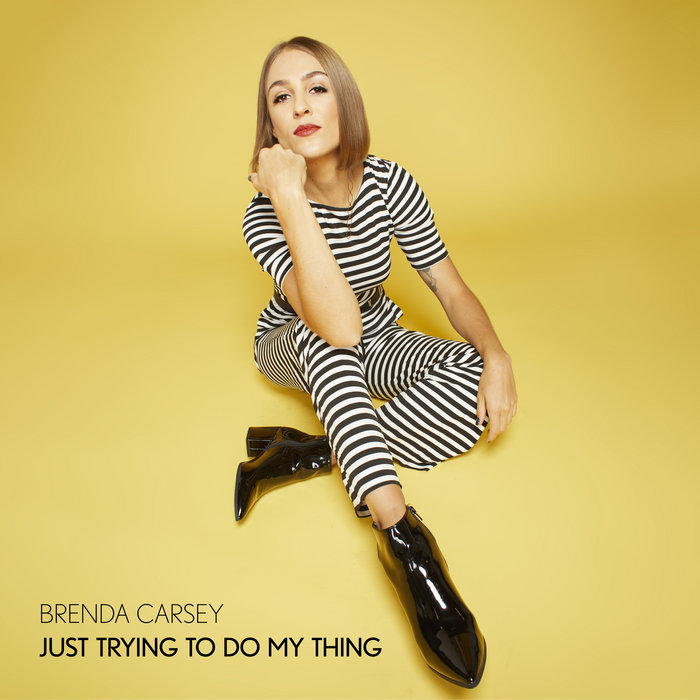 Brenda Carsey Releases “Just Trying to Do My Thing”

Los Angeles, California’s Brenda Carsey is a singer/songwriter, producer, and multi-instrumentalist who has carved out a singular identity as a musician with an unique poetic perspective. Her new single “Just Trying to Do My Thing” has a slow and soulful unfolding primarily carried by the drumming and piano. The measured pace allows her room to stretch out as a singer and she lights up the song with ample vocal pyrotechnics. It’s notable, however, that her performance never slips into empty-headed histrionics.

Thank god. “Just Trying to Do My Thing” is, as its title implies, a statement of identity and letting the song drift into overwrought dramatics would cheapen the whole. There’s a smattering of backing vocals threaded throughout the song, but the single spotlights Carsey’s singing. She makes the vocal melody come across as effortless, dovetailing naturally into the song, and playing an integral role in the song’s success.

The pointed conversational bent of the lyrics is a strength. Carsey clearly wrote this song with its subject matter well in mind from the beginning and, as such, expresses herself with absolute clarity. It’s a song of youth, in a way, about the struggle that’s particularly acute during the third decade of your life and the early years of your fourth when the independently minded among us are planting our flags. It’ll appeal to a wide audience, however, because of its humanity – it’s relatable in a way that defies age, vocation, gender, and so on.

It doesn’t mean its immature; far from it. Carsey states herself with the wisdom of lessons learned and every line rings out with audible conviction. The song is a monologue/dialogue of sorts in song, self-consciously dramatic, yes, but never too much so and undoubtedly effective. Her singing sustains an ongoing dialogue with the piano as well. It’s the key musical component of the cut and the added percussive punch it brings to the performance stands out. Their dancing, even slightly rollicking, touch provides a superb contrast with Carsey’s voice.

It has a quasi-gospel feel that only grows as the track progresses. Carsey never rushes the song, however, and the gentle swelling of emotion audible through the song’s second half is masterfully executed. We’re hearing the sound of a vocalist, musician, and songwriter working near or at the peak of their considerable powers. It’s that period in an artist’s journey when seemingly everything they touch turns to gold.

We should expect that to continue. Carsey works with the sort of energy that suggests she’s far from finished. Each new project is looking towards a new dawn with a sense of possibilities that not all artists share. Brenda Carsey’s music is filled with a sense of stakes – there’s something of value going on here and she’s determined to embody it in every note and syllable. It makes for an excellent listening experience that both entertains and elevates the listener. It likewise presents Carsey with unvarnished honesty. It’s strong, yet vulnerable, and undoubtedly intimate. “Just Trying to Do My Thing” is one of 2022’s best singles.