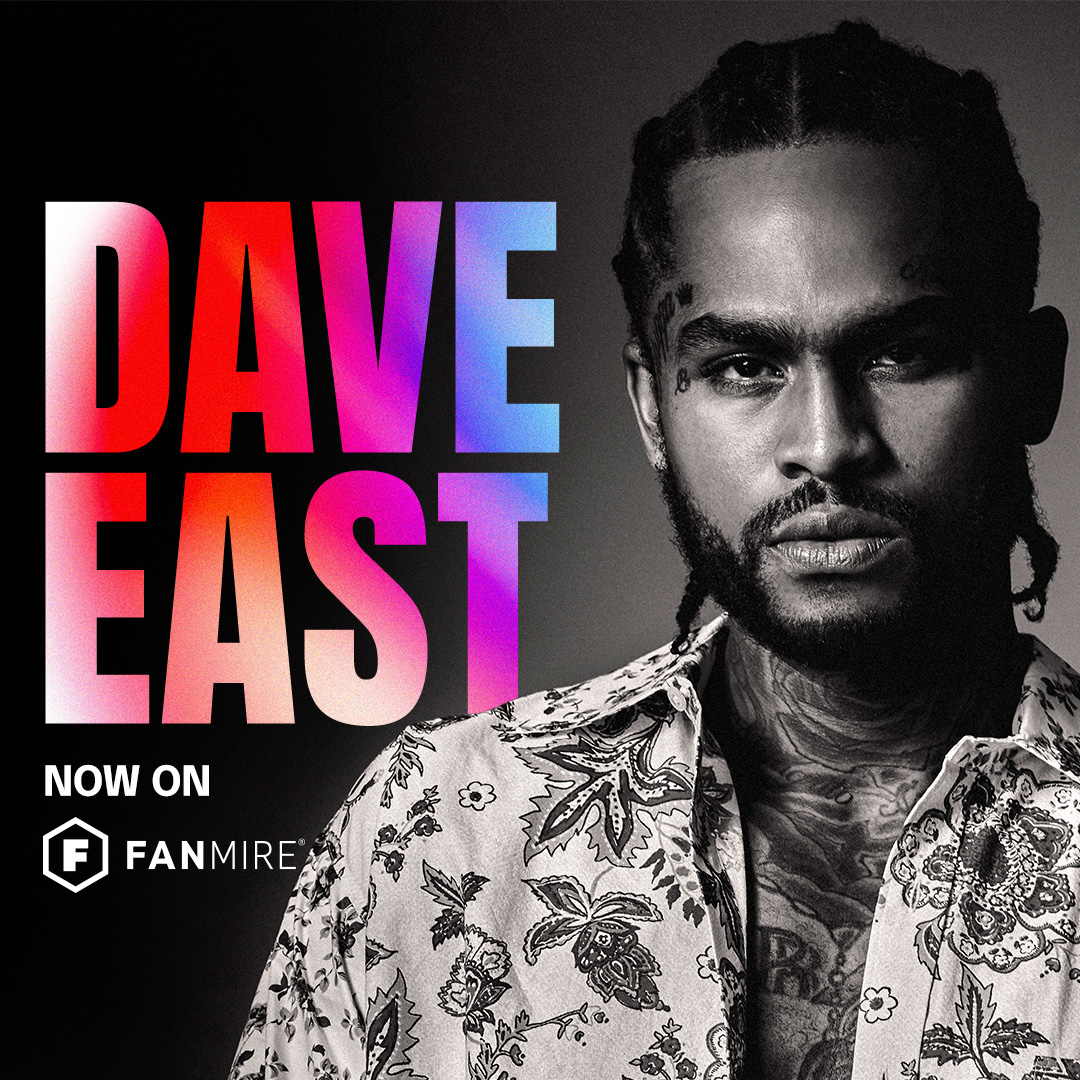 American Rapper and actor Dave East has just joined the new fan engagement platform Fanmire to directly engage with his fanbase. With over 6 million followers around the world, Fanmire is a streamlined opportunity for fans to interact directly with Dave East, building an authentic connection and community experience to be enjoyed by the East Family.

Dave East is a rapper whose career began in 2010, and gained massive attention in 2014 for his eighth mixtape, Black Rose. It’s release garnered the attention of legendary New York rapper Nas, who later signed East to his record label, Mass Appeal Records, and later in conjunction with Def Jam Recordings. He was chosen as part of the XXL magazine’s 2016 Freshman Class.

East is known for his raw lyricism and clear-cut storytelling about street life. He is influenced by Styles P, Jadakiss, Cam’ron, Big Pun, Nas, The Notorious B.I.G., Raekwon, DMX, Tupac, Snoop Dogg and The Diplomats.

As an actor, Dave East has shined with his portrayal of mega superstar Method Man in the Hulu Series,  Wu-Tang: An American Saga. The series is entering into its 3rd Season, where East will reprise his role.

Fanmire is a fan engagement platform that gives fans access to their favorite stars, brands, and influencers. More than a fan community, Fanmire creates an environment where influencers, brands and fans can build an authentic connection in a safe environment without bullying and trolling.

This new online platform creates ways for fans to engage with the stars, influencers, and brands they admire.  All users subscribe at no cost and can interact with interest-based content along with other fellow fans from around the world.  Paying customers enjoy even greater privileges from membership. Benefits include personal access to exclusive entourages – online communities of like-minded fans where they have exclusive access to influencers they admire. This access includes event invites, exclusive videos & photos, or a new peak at the influencer’s life.

With a focus on building and supporting a fan community, one of the ways Fanmire is distinct is because of the in-person experience it offers along with the online community. Fanmire will host its own events and collaborate with other companies to sponsor activities centered around influencers and interests that fans are passionate about. With the current pandemic in mind, users can attend exciting virtual events that feature their favorite influencers and fellow fans.