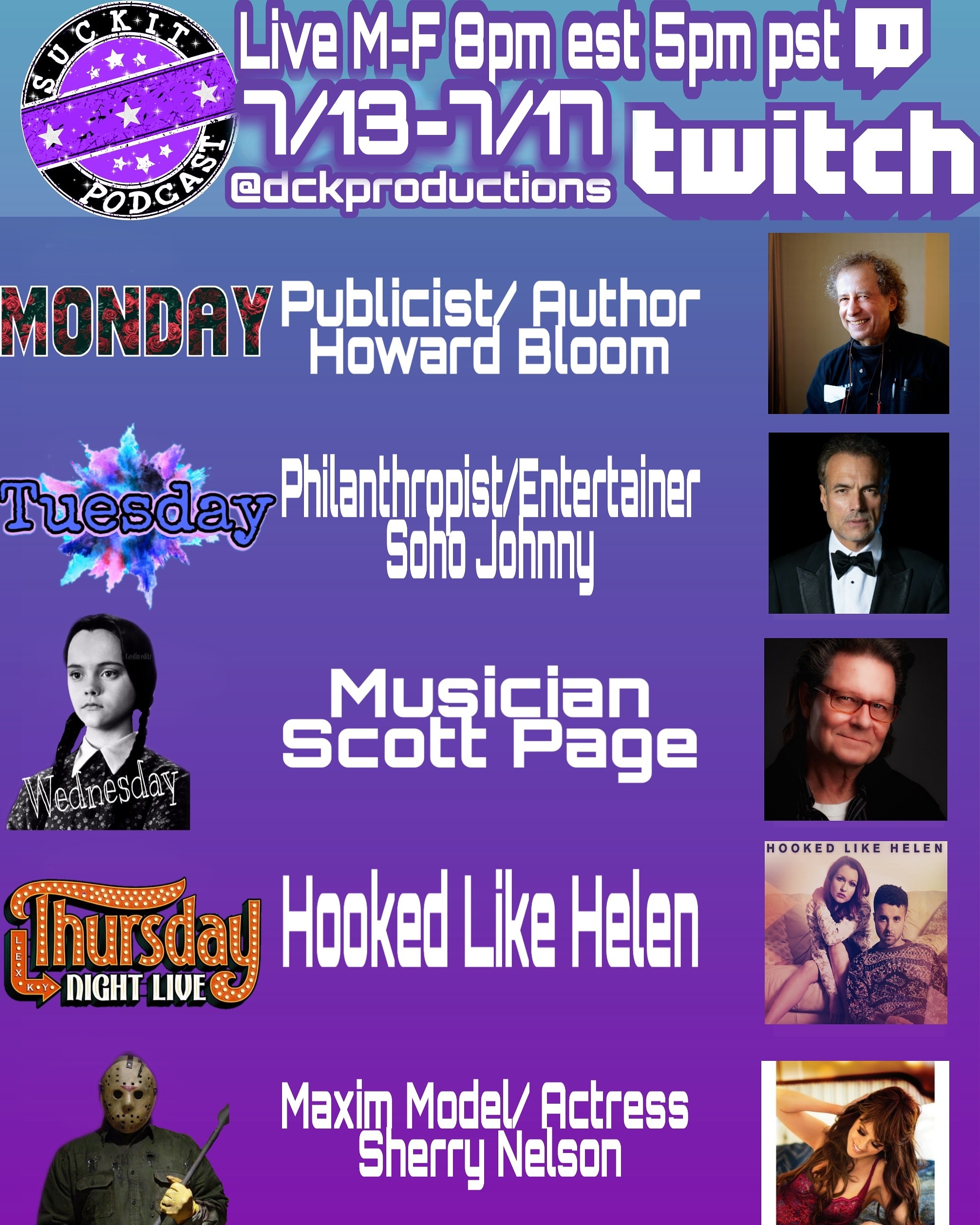 Howard Bloom will be a featured guest on the Suck It Podcast on 7/13/20 live on Twitch at 8 pm ET with host Derek Hanjora.

Oftentimes people who struggle with mental health are told to suck it up, so whether you struggle with mental health daily or simply need to take a short mental health break. Listen to the Suck it Podcast, to take your mind off your daily struggles. The Suck It Podcast was created by Host/Creator/Producer/Comedian Derek Hanjora, who interviews celebrities, and asks tough questions, with a no holds barred approach to life and entertainment. As host, Derek touches on all topics from Mental Health, Music and more. The goal of the Suck It Podcast is to help individuals get through the day by making you laugh a little and by letting you know you’re not alone in your daily struggles.

The Suck It Podcast is available on all major platforms, such as Spotify, Apple Podcasts, Google Podcasts, Stitcher and more.