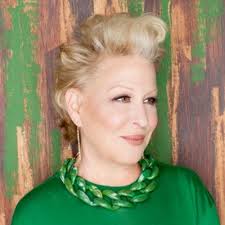 Bette Midler will perform the nominated Mary Poppins Returns song at the Oscars.

The musical legend announced on Saturday (February 16, 2019) that she would be a special guest performer at this year’s Academy Awards, singing The Place Where Lost Things Go.

“So, (drum roll) Ladies and Gentlemen, I will be chanteusing (that’s singing) on the Oscars on Feb 24…the nominated song from “Mary Poppins”…”The Place Where Lost Things Go” …so excited!!” Bette told fans on Twitter.

The 73-year-old will be stepping in for Emily Blunt, who portrays the titular nanny in the Disney film, which is a sequel to the 1964 Oscar-winning musical starring Julie Andrews.

Bette received Best Actress nods in 1980 and 1992 for The Rose and For the Boys, while Emily was snubbed by the Academy this year for her turn as Mary Poppins, despite being nominated for a Golden Globe, a SAG Award and a Critics Choice Award for the role.

Earlier this month (February 2019), it was reported that producers at the Oscars had planned to only have two of the Best Song nominees be performed during the show – Lady Gaga’s Shallow from A Star is Born, and Kendrick Lamar and SZA’s All the Stars from Black Panther.

Four of the five nominees have been confirmed for performances at this year’s ceremony, set to take place on 24 February.

Oscar winner Jennifer Hudson will be performing I’ll Fight from documentary RBG, and Gillian Welch and David Rawlings will perform When a Cowboy Trades His Spurs for Wings, from The Ballad of Buster Scruggs.