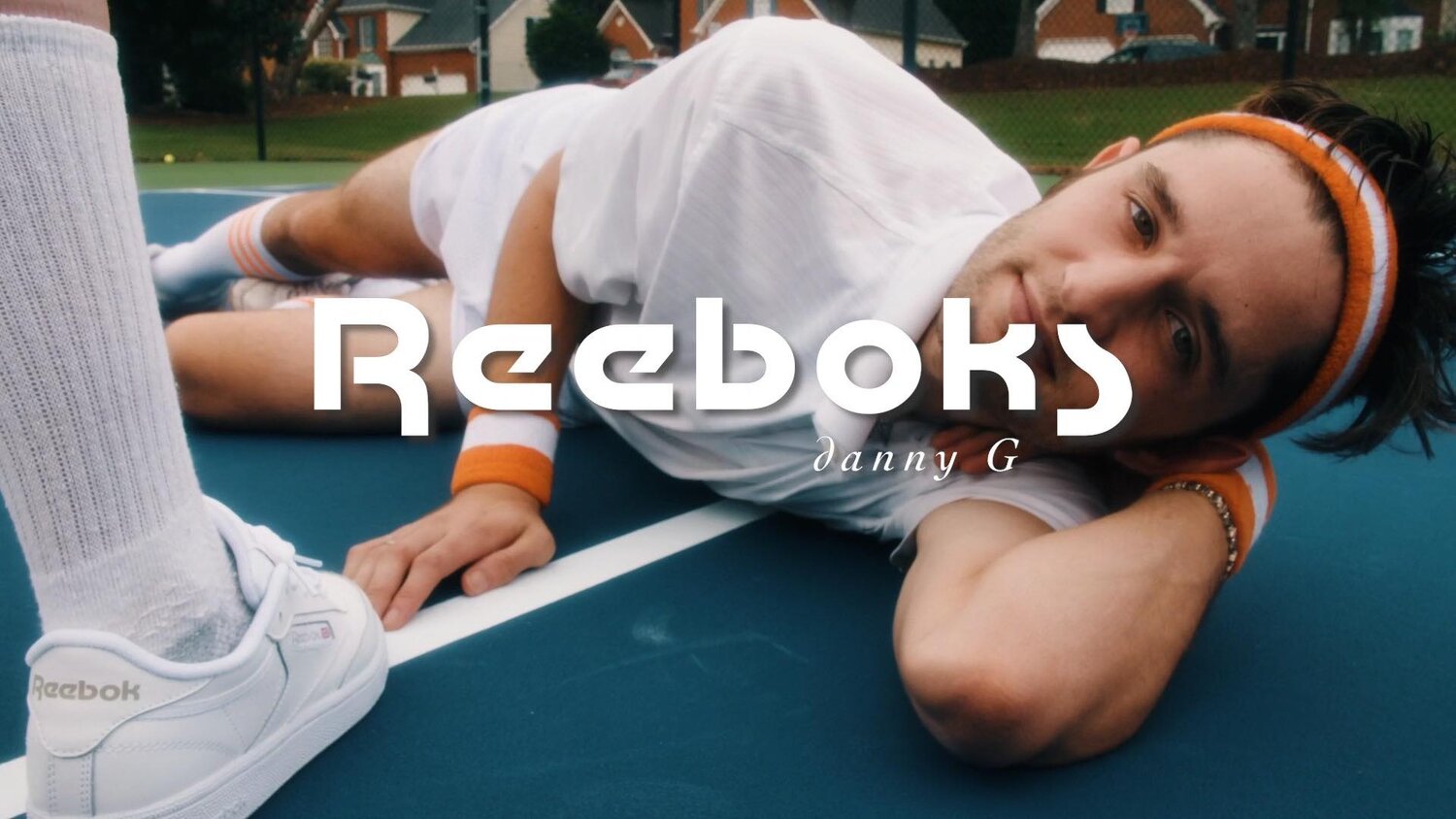 Nashville-based flow-pop artist danny G introduces the music video for “reeboks,” paying tribute to women who do it their way.

While writing “reeboks,” danny G was motivated by his current girlfriend, who is smart, independent, and knows what she wants. Her determination to succeed complements his own, so danny shaped a song reflecting not only the swish thrill of associating with a self-actualized young woman but the feeling he gets while wearing kicks from Reebok.

Explaining, danny shares, “I’ve loved Reeboks for a while and they’re just timeless, so they’ll be around forever. Simple and fire, like the girl in the song. Nothing better than a classic pair of white reeboks.”

Hooking up with Reebok, danny G and the renowned fashion brand decided to give away shoes to fans.

Directed by Caleb Seales and Jai Green at OPNSZN, the video was shot in Atlanta and visually narrates danny playing tennis with his paramour, Adeline Troutman. Danny is playing to win, not just the match but the beautiful woman’s heart. As the match takes place, it becomes evident danny is more infatuated by her shoes – Reeboks – than her.

According to danny G, “We framed the entire video to make it appear as if I was enamored by a girl, but it’s then revealed that the whole time it was her classic reeboks that were catching my interest. I’m pumped for people to check out the video, it’s definitely another side of me that nobody’s really seen yet. It’s one thing to sing behind a mic but being up in front of that camera is a whole different energy that I’m looking forward to exploring more in the future.”

He goes on to add, “The reeboks video was a blast, being my first little ‘go’ at playing a character on screen. It’s super lighthearted and goofy, so honestly, it wasn’t too difficult for me since I’d say those two qualities are a pretty accurate description of who I am anyway!”

With his alluring sound, which he calls “flow pop,” a blend of pop and hip-hop, last year danny collaborated with Xuitcasecity, Cam Meekins, as well as recording with Gym Class Heroes frontman, Travie McCoy.

At once silky and full of low-slung banging energy, “reeboks” offers listeners/viewers an entrée to the captivating flow-pop of danny G.