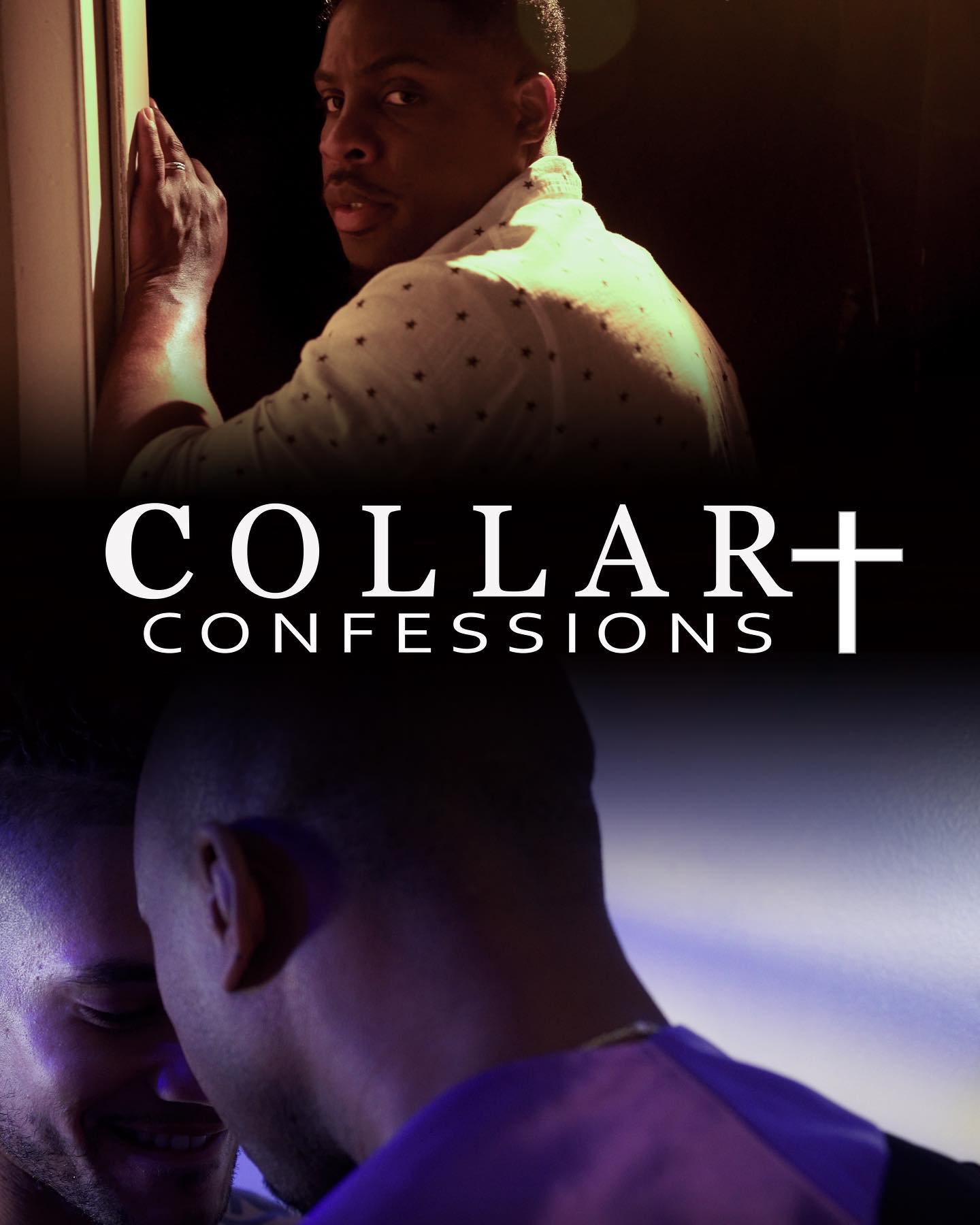 “Collar Confessions” Praises The Lord And Serves The Tea

It’s been said that the window of human nature never opens wider than it does in church. Even when our clergymen and women exhort us to come to services as we are, because nothing is hidden from God, our pews are nevertheless filled with secrets. There is much covered up behind the rectory door, which our shepherds often guard vigorously from the flock. This is especially true when the tenets of ecclesiastical propriety clash with the realities of life…and love. Stepping boldly into this maelstrom of pulpit intrigue is accomplished Black gay author, producer, actor, and “gaylebrity” Dwight Allen O’Neal, whose latest novel, Collar Confessions: Sharing The Man of God, pulls back the opacity behind which the Church often obscures its less-than-holy side. While O’Neal’s second tome (the first, Shoulda! Coulda! Woulda! Is a very self-deprecating but highly illuminating autobiography) is fiction, it is “inspired by true events” from his own life.

Existing as a LGBTQ person within what is known as the contemporary Black Church in America, is to understand exclusion: historically, most denominations within this segment of Christianity have been vehemently opposed to gay, lesbian, bisexual, and transgender parishioners within their ranks…or as their leaders. It is here that O’Neal sets his tale of Pastor Eddie Lawrence, who leads Perpetual Peace, his father’s sanctuary, amidst the cleric’s own double life, which he shields from his parishioners with much effort, lest he face some real, perpetual drama. Pastor Lawrence tries to keep his true self at bay through dalliances with trade hookups in dark corners far from the eyes of his congregation. Lawrence also hides his other self from Tiara, who has been crushing on the preacher since high school.  Into this gathering whirlwind, O’Neal weaves…O’Neill, who meets Lawrence while enjoying a night on the town, and soon becomes entangled in the cleric’s insatiable desires.

O’Neal has woven a smart, engrossing tale here, tackling what many know is a fount of controversy, with an eye towards exposing more than just sacristy jump-offs. The author’s experience with LGBTQ storytelling, shown to us in such earlier works as Christopher Street TV and A Boy Like That, shines through in Collar Confessions. When flames consume Lawrence’s church, the pastor begins preaching virtually with O’Neill’s help. Meanwhile, Lawrence still entertains Tiara and the other women in his life, much to O’Neill’s chagrin—but that’s some tea you’ll have to sip while reading the book.

Collar Confessions represents a new artistic direction for the author. “I wanted to do a different kind of story,” O’Neal tells The Hollywood Digest. “Yes, it’s based on some of my own experiences, but there’s so much more in the book, too.” The story unfolds with an interweaving narrative, giving vignettes of Pastor Lawrence, Tiara, O’Neill, and the supporting characters in a way that allows the reader to shift perspectives. It works; the overall effect is salutary, shining a literary light on some uncomfortable real-life truths that have plagued LGBTQ POC in the Church since time immemorial, but also obliquely showing how other, less visible forces compel characters like Lawrence to act as they do. The novel released yesterday on Amazon, and Dwight Allen O’Neal is currently on a book tour around the country, sponsored by VOYR, which launches October 6.

But wait, as the TV pitchmen say, there’s more! A new Here TV series, produced by O’Neal, Dane Joseph, and Daniel Armando (starring GayVN Performer Of The Year DeAngelo Jackson), picks up the “continued adventures of Pastor Lawrence, O’Neill, and Tiara,” O’Neal confides. The premiere episode airs October 8, and carries everything forward. To discover more about Dwight Allen O’Neal, visit his website, or follow him on Instagram at @onealappeal. Let the community say, “Amen!”