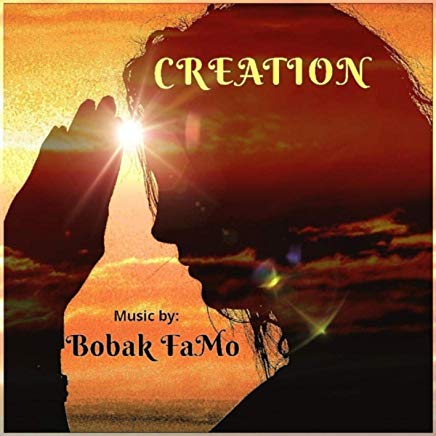 You needn’t possess a comprehensive knowledge of the radif or any of the countless facets within ancient Persian and Iranian classical music to appreciate the new age string play and soothing harmonies contained in Bobak FaMo’s “Heaven,” but for listeners with an ear for the divinely decadent, it’s a song that should be regarded as required listening this October. “Heaven,” a cut from FaMo’s Creation record, is a composition that aches with as much emotionality as it does the very worship of melodicism itself. Western listeners will likely find this track to be particularly exotic and multidimensional in comparison to a lot of the meditative music that have made waves on American shores in the last decade, which in itself is really saying something when you consider just how diverse a climate the 2010s have been for the genre. Longtime disciples of the discipline will be incredibly pleased with what FaMo has constructed for us in this most expressive new release, and those unaware of his skillset can discover the perfect bridge to this treasured tonality inside of the nine minutes that “Heaven” occupies our speakers.

There’s no singing in this song, but frankly, there doesn’t need to be. “Heaven” can be broken down into five distinct movements of music; the chilling introduction, the rhythmic showcase (starting at roughly 1:28), the colorful ascent (2:05), the retrospective breakdown (5:25), and the epilogue (7:20). In each of these sections, FaMo peels back another layer of the song’s narrative through nothing more than the melding of textures and tones into a churning vortex of harmony that only grows more engaging as we press on in the track.

Lyrics would have been wholly over the top in this scenario, and even if there wasn’t as symphonic a structuring of the arrangement in place here, it would still sound a little strange and inappropriately abstract to incorporate any additional elements outside of what’s already present. If there is one thing that this artist knows how to do better than most any of his peers, it’s compose something that is at once steeped in titanic ambition and yet built upon the framework of something this is undisputedly simple, unfanciful and, for lack of a better term, homespun in nature. Simply put, “Heaven” is a song that feels as rarefied as it does instinctually relatable, and that isn’t something that you can commonly find in any genre of music right now.

If you’re a fan of new age melodies driven by a thoroughly classical pulse, Bobak FaMo’s new song belongs on your stereo this month and throughout the autumn season. Even if this kind of music isn’t what you would normally seek out when browsing new records, I recommend giving it a spin just the same; there’s something very human about a harmony that is cuttingly accessible to us despite lacking any of the tech-fashioned embellishments that come standard in virtually all pop music nowadays, and for listeners who have been in the mood for something a bit more erudite than what the modern status quo calls for, it doesn’t get much better than this.