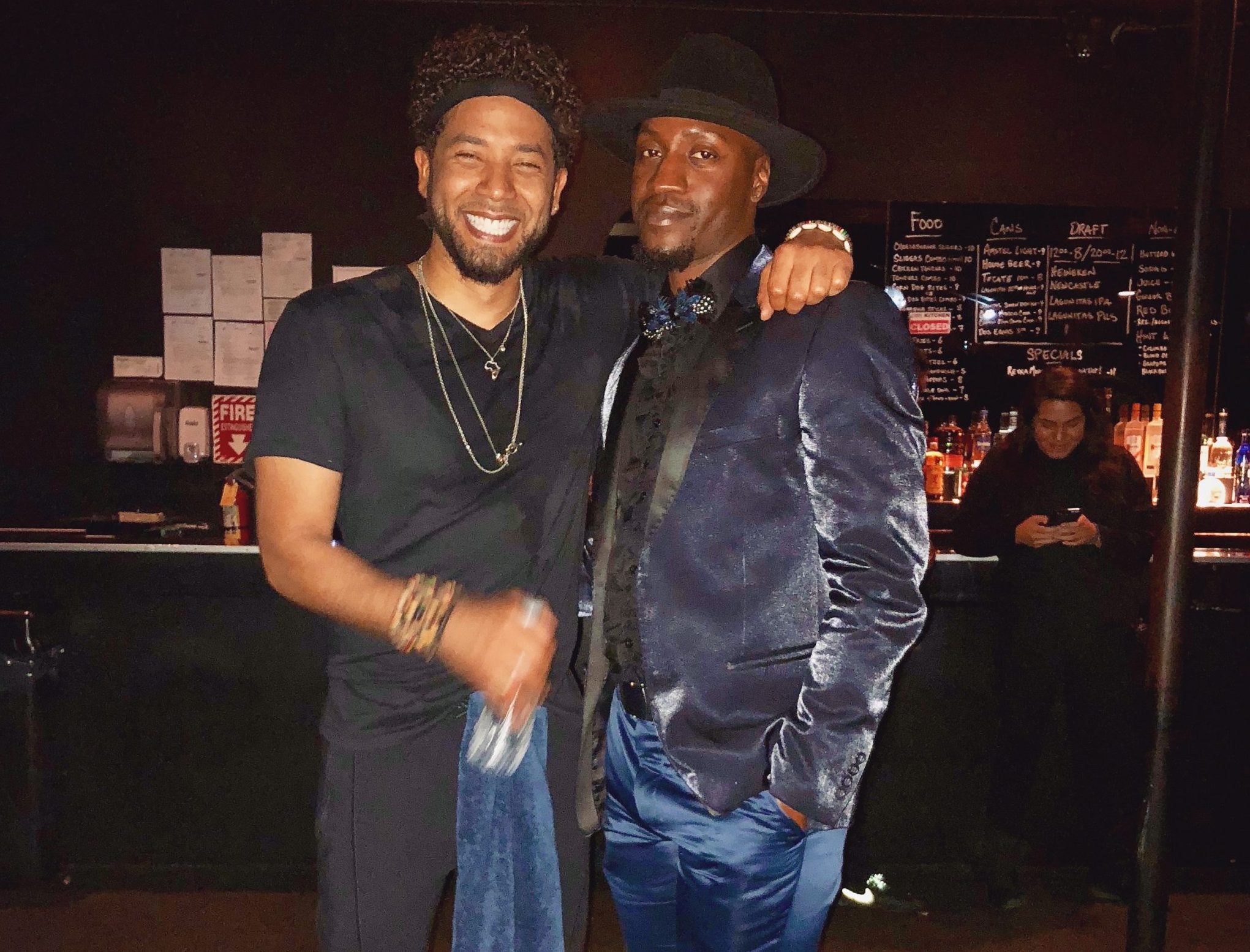 Celebrated author James Earl Hardy’s wickedly funny, unabashedly real modern-day Black gay classic novel B-Boy Blues is on its way to the silver screen.  The unforgettable story of Hardy’s young New York City lovers has become a ne plus ultra of the Black SGL experience since its original publication in 1994.  Since then, several other books in the BBB series have followed, all of which won great critical acclaim.  Hardy’s debut novel was developed into a scorching-hot stage play directed by Hardy’s longtime friend and colleague, Stanley Bennett Clay, who brought the book to vivid life and flowery theatrical reviews.  The years since the first B-Boy Blues book hit the stores have taken nothing away from its impact or import, and now Hardy and a noteworthy production team are ready to embark on the next “jood” (that’s better than good!) stage of evolution for Pooquie, Little Bit, and the whole literary ensemble.

Amidst the COVID-19 maelstrom in which we now find ourselves, Hardy and his cohorts have quietly been preparing to adapt his tome into a feature film, says co-producer, comedian, and LGBTQ advocate Sampson McCormick.  The career funnyman, who has a few of his own film credits under his belt, tells The Hollywood Digest that his involvement with Hardy and BBB goes back to its live theater days.  “In 2013, I joined the cast of B Boy Blues: The Stage Play as Barry “B.D.” Daniels,” McCormick recalls. “The play had several showings, toured a few cities and had huge success. James and I had a chat at his house about it becoming a movie, once I started producing my own films, we talked about taking it to the big screen, and strategized from there.”  Once the plan was solidified, it was time to assemble a crew to bring the project to fruition.  McCormick called on an old friend of his, without hesitation.

The comedian and actor reached out to former “Empire” TV series star Jussie Smollett to direct the picture.  “[Jussie] and I have always wanted to collaborate on something, but we didn’t know just what,” McCormick says. “At first, we thought, a buddy comedy—then, I brought up that I was working on getting this film B Boy Blues done, and we agreed that it would be the perfect story to focus our collaborative efforts on. It’s been a long process.”  Bringing Smollett back into the entertainment world after a long hiatus, has proven beneficial to the film.  In addition to directing the photoplay, Smollett’s new studio, Super Massive Movies will produce and fund the project, along with Tom Wilson, a Cleveland investor who supports LGBTQ indie film.  The flick also gathers accomplished choreographer Frank Gatson, Jr. and actress/screenwriter Madia Hill Scott to extrapolate Hardy’s literary vision to celluloid.  McCormick holds them both in high regard.  “Frank Gatson is an expert in his craft, honorable, has choreographed with great artists including Beyoncé and Brandy, Jussie as well and others,” McCormick notes. “Madia is a phenomenal black woman.”

McCormick points out that for a Black, gay film, there were formidable obstacles for BBB to overcome.  As his long journey in the industry has taught the PNP creator, “The biggest challenge was getting it picked up and backed by a studio. I had several meetings, even with friends at a few of the studios and they didn’t think that black gay films sell or are supported well enough to back righteously. We refused to accept the treatment that some of them were trying to give the story,” McCormick stated. “It’s legendary and folks want to see it, so, we were steadfast in getting it supported in a way that made sense.”  Developing a cast worthy of the book’s legacy is still a work in progress, as Hardy tells journalist Darian Aaron at Living Out Loud 2.0: “The film is still in the pre-production stage, so casting isn’t set.”

With the onset of this exciting new iteration of the B-Boy Blues saga, McCormick reflects on the illumination he has gained, that has broadened his knowledge about the winds and ways of movie production.  “This is different from being a comedian and touring or simply writing a script, it’s been really about learning how much the industry needs to see these kinds of stories, navigating filmmaking in the age of COVID is its own maze,” McCormick declares.  As for the book that started it all, “the book needs to be on everybody’s shelf who is, or knows a black queer person.”  You can find it on Amazon at this link, where it has skyrocketed in sales following news of the upcoming movie.  We eagerly await Raheim and Mitchell’s first steps into the cinematic realm. We know it will be “better than ‘jood’”!