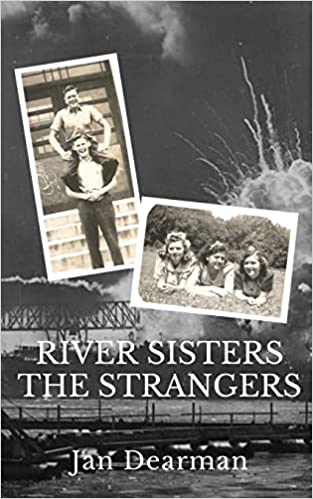 “River Sisters, the Strangers”completes the “River Sisters” trilogy. Great-granddaughter of Nancy Hilderbrand, Eliza McNeal, with her husband and former river boat pilot, Josh, are settled in their city home, enjoying the blessings and challenges of rearing teenaged children-Nancy Jewel, namesake of her foremother Hilderbrand, and John Henry, better known as “Hank,” named in remembrance of Eliza’s father. The story revolves around the lives of these youths and their closest friends, a trio of couples, typical teenagers and young adults of the time and culture of post-depression America. The junior year of high school was to be the “best of times,” as one teacher had read the words of Charles Dickens. But on December 7, 1941, the world was turned “upside down and backwards.” Overnight, teenagers became adults, having to endure what had become “the worst of times,” and charged with the task and responsibility of righting their world. The youth, who had everything before them, became the adults for whom “everything” was at the end of a tortuous dark trail, littered with bodies and broken dreams. They are our parents, grandparents, great-grandparents-a generation almost past but not forgotten. This story remembers them with love, admiration, and respect.