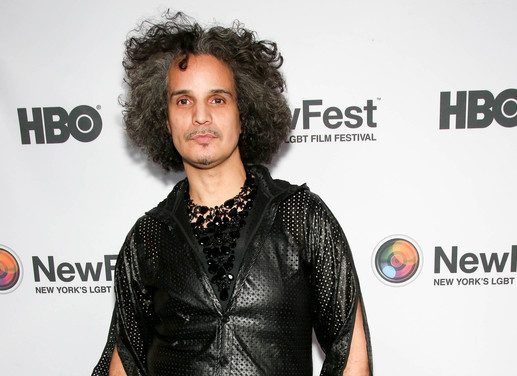 Hector Xtravaganza, the groundbreaking ballroom scene icon whose story was among those told in the now-classic Jenni Livingston documentary Paris Is Burning, died yesterday of unknown causes. He was 60 years old. During Hector’s storied career as an artist and activist, he shaped the contemporary ballroom community, helping organize the House of Xtravaganza, which became the central focus of his life.
The accomplished dancer, whose 36 years of work with his House helped make the ballroom a haven for young LGBT people of color who were cast out by society, left his imprimatur on popular culture, even becoming a consultant on the hit FX series Pose, which depicts the early days of the ballroom subculture in New York City. Hector became so closely identified with the House, that he legally changed his name to Xtravaganza, and noted, “my House family is more real to me than my biological family.”

In the ballroom and voguing community, Hector achieved legendary status as he survived the AIDS holocaust of the 1980s and 90s, which saw the passing of a whole generation of young gay men around the world. Among those to die too soon were his colleagues Venus Xtravaganza and Angie Xtravaganza, who pioneered the art form that later became a statement for all those seeking a way to express their inner selves amidst a society that ostracized the LGBT community at large. “Vogue is interpretive dance,” Hector observed, “and it tells the world who we are.” Along the way, Grandfather Hector not only developed the ball community into a dance genre of its own, he was an outspoken advocate for the LGBTQ community.

“[Hector] was a friend to everyone he met, a source of inspiration for all who knew him, and a cornerstone of our House family,” read an announcement on the House of Xtravaganza Facebook page, which added that “arrangements for a celebration of Hector’s life will be shared in the coming days.” Over the years, Hector was instrumental in bringing ballroom out of its underground niche and into the mainstream, where its colloquialisms, such as “throwing shade” and “giving me life” have entered the everyday lexicon. Tributes to his life and career poured in over social media from such luminaries as Laverne Cox and RuPaul, who Tweeted, “Hector Xtravaganza has left for Paris”. Pose screenwriter Steven Canals reflected that “Grandfather Hector Xtravaganza was a devoted friend and member of the Pose family. He was a show consultant, but more than that, a loyal abuelo to all”. Funeral arrangements were still pending as of this writing.