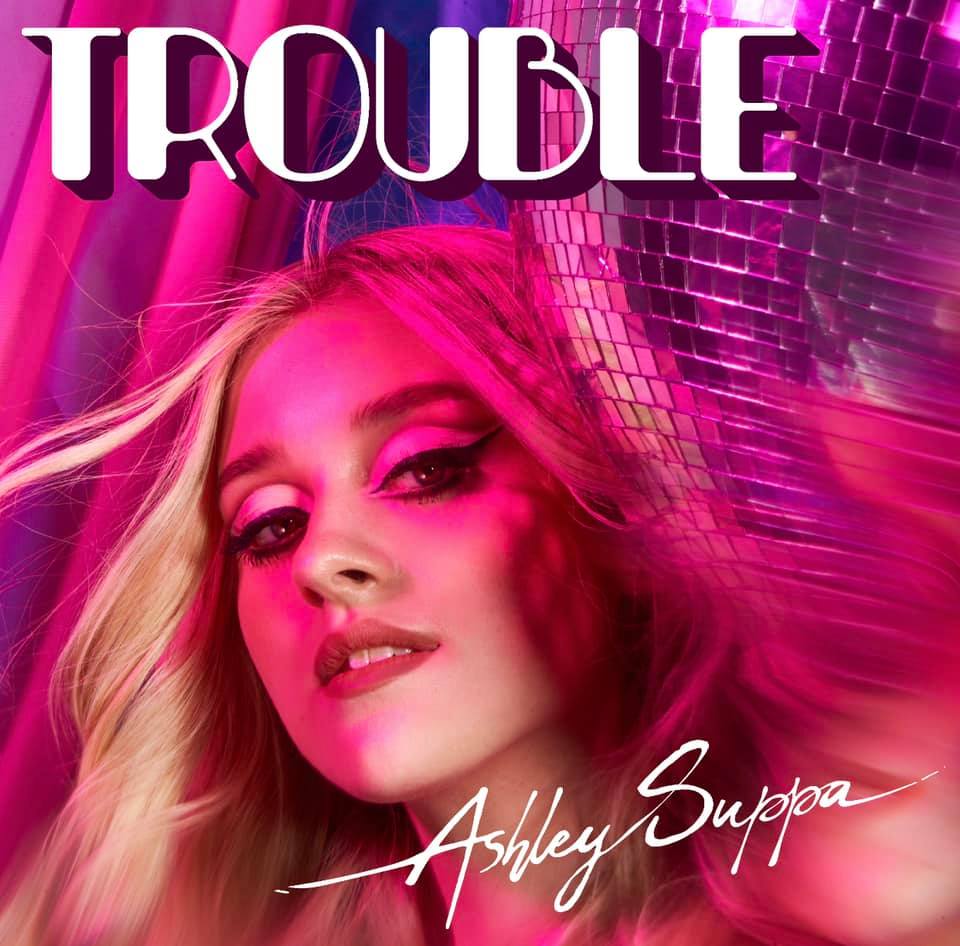 “Maybe it’d be better if I were all alone, I’m feeling all the pressure, you’re feeling kinda low.” The opening lines of Ashley Suppa’s debut single “Trouble” read as something far more melancholic than the music portrays, and the funky single couldn’t be any more sure of itself in tone and style. There’s a defiant air of retro chic permeating the four and a half minutes of airtime within “Trouble,” and it isn’t just the unabashed send-up to 1970s pop-funk albums with the song’s cover that feels straight out of an impressively varied throwback vinyl collection — the entire track exudes a specific time and place, and that time and place feel deeply reliant on bellbottom jeans and disco lights (the latter appropriately used as a prop on the single’s cover.)

If the bellbottoms and disco inferno fashion feel out of place coming from an eighteen-year-old, Ashley Suppa is undeniably determined to convey that she feels beyond her years, her varied influences greatly defying her unavoidably young age with her talent and sound so tuned-in, especially this early on in her career. Most eighteen-year-olds might find themselves following trends and simply listening to music as they’re subliminally influenced by various social media outlets and their peers, but Suppa is more of an influencer than someone to be influenced (as evident from her nearly 12,000 TikTok followers) and the effortless portrayal of something that feels indebted equal parts to a “Young Americans”-era Bowie as it does to the recently softer and funkier side of Tyler, the Creator isn’t what one would expect from an artist so relatively new to the scene. There’s an undercurrent of certainty and confidence within “Trouble” that feels primed to awaken the lights behind the eyes of the youth in regards to a potential throwback summer, and Suppa aims to be a driving force among the crowd, set to deliver on such an outlook.

The smooth harmonizing and spot-on vocal display from Suppa is something that stands out in the song and would be the obvious highlight of practically any other track featuring her voice, but there’s a great deal to click with in “Trouble,” and the intricate bass work feels particularly noteworthy in further giving the song its ageless aesthetic. The guitar layers onto the brilliant instrumental composition and complements the rhythm of the song’s verses, furthering the reach of this single well beyond a simple “pop” track. There’s a definite pop label that can’t be directed anywhere else, but Ashley Suppa sees the genre as something to cherish and display, not run from as some might have insisted on in the past.

The notion that pop music can be a championed force for good in the journey of reclaiming supposedly outdated sounds from the past is a breath of fresh air, and Ashley Suppa seems eager to continue down such a selfless and enjoyable path — the kids are alright, and the future of music feels safe and sound if it’s in the hands of people like Suppa.