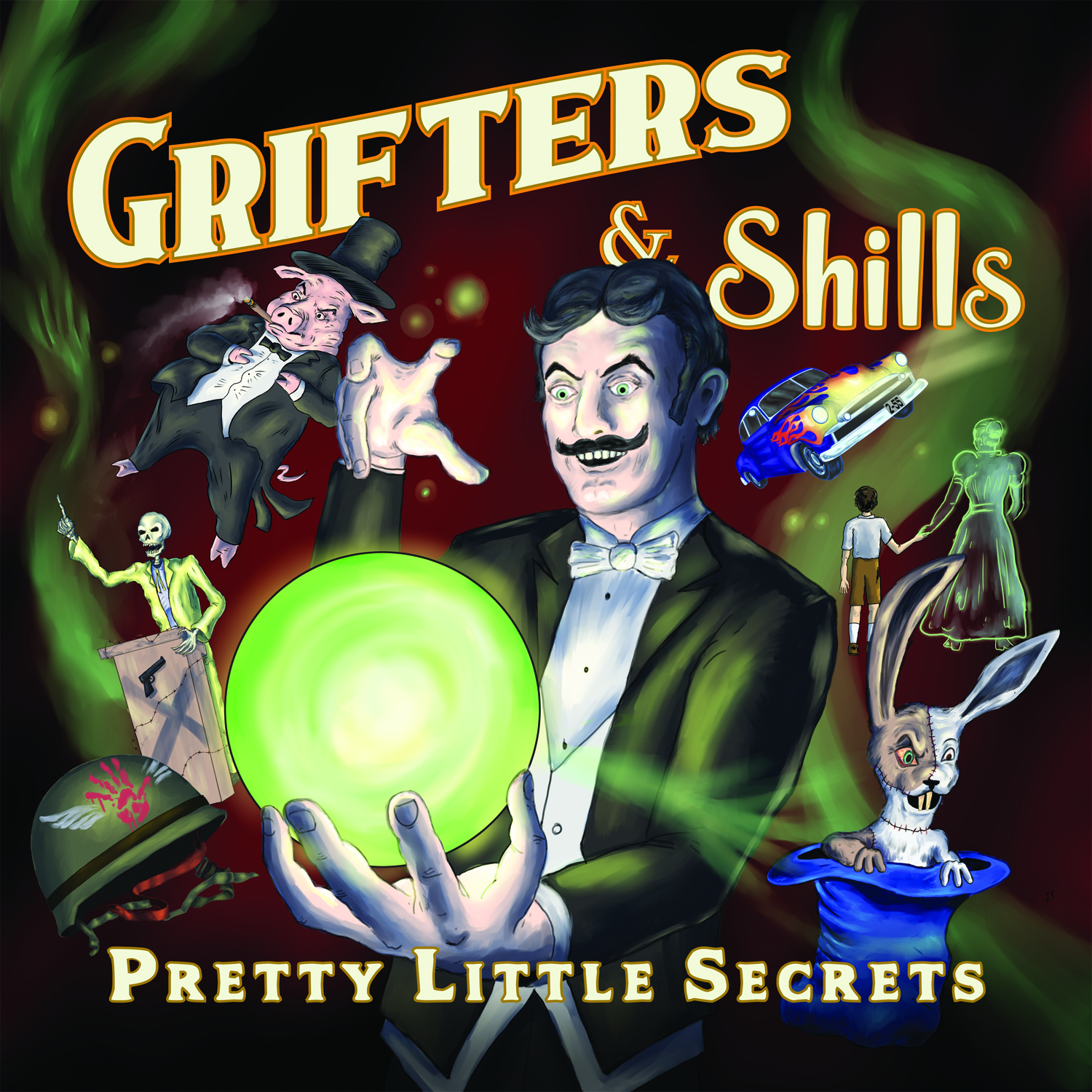 Time to tune in folks, because Johnny Cash and June Carter are back! An alternative-folk duo named, “Grifters & Shills” is coming in strong with influences of a modern yet “old-timey” Nashville theme. The harmonies of this duo are irresistibly alluring to the ear as they create a swampy, southern sound.

“Grifters & Shills'” latest album, “Pretty Little Secrets”, compares to the collaboration of artists Alison Krauss and Robert Plant in the album, “Raising Sand”, and the self-titled album of the band “The Civil Wars.” All three albums share a flux of country-folk lyrics and melodies with splashes of heavy metal instrumentation. They also all sustain close-set male and female harmonies throughout the whole projects.

If “Pretty Little Secrets” were a television series, it’s intro would be “Highway Ride.” This song steers toward a shameless life of sin yet acknowledges that a “Promise Land” might exist. The album itself suggests a religious past as it continues to sing phrases about sin, hell, God, and Christian sacraments. “Highway Ride” also has a driving force of a heavy electric guitar, but also has country-folk lilt within the voices that displays the overarching sound of the album.

The first track “Running Out” introduces the hint of dark story-telling that is painted throughout the album. This song begins with an eerie instrumentation behind the faded voice of a preacher speaking to a congregation. The lyrics tell a story of “spitting fire on our sins” and wandering away from a perfect life. Another song,”The Music Man,” follows the lead of “Running Out” in its slightly sinister melody and story. Yet, this track is unique in that it creates a magical ambiance with circus-like music, haunting background sounds, and a melancholy banjo.

“Pretty Little Secrets” is a work of art that must be played more than once with a listener’s full attention. The music itself is tastefully beautiful, while the lyrics are evocative and brilliantly written. “Grifters & Shills” has earned applause and praises for this awe-inspiring record.