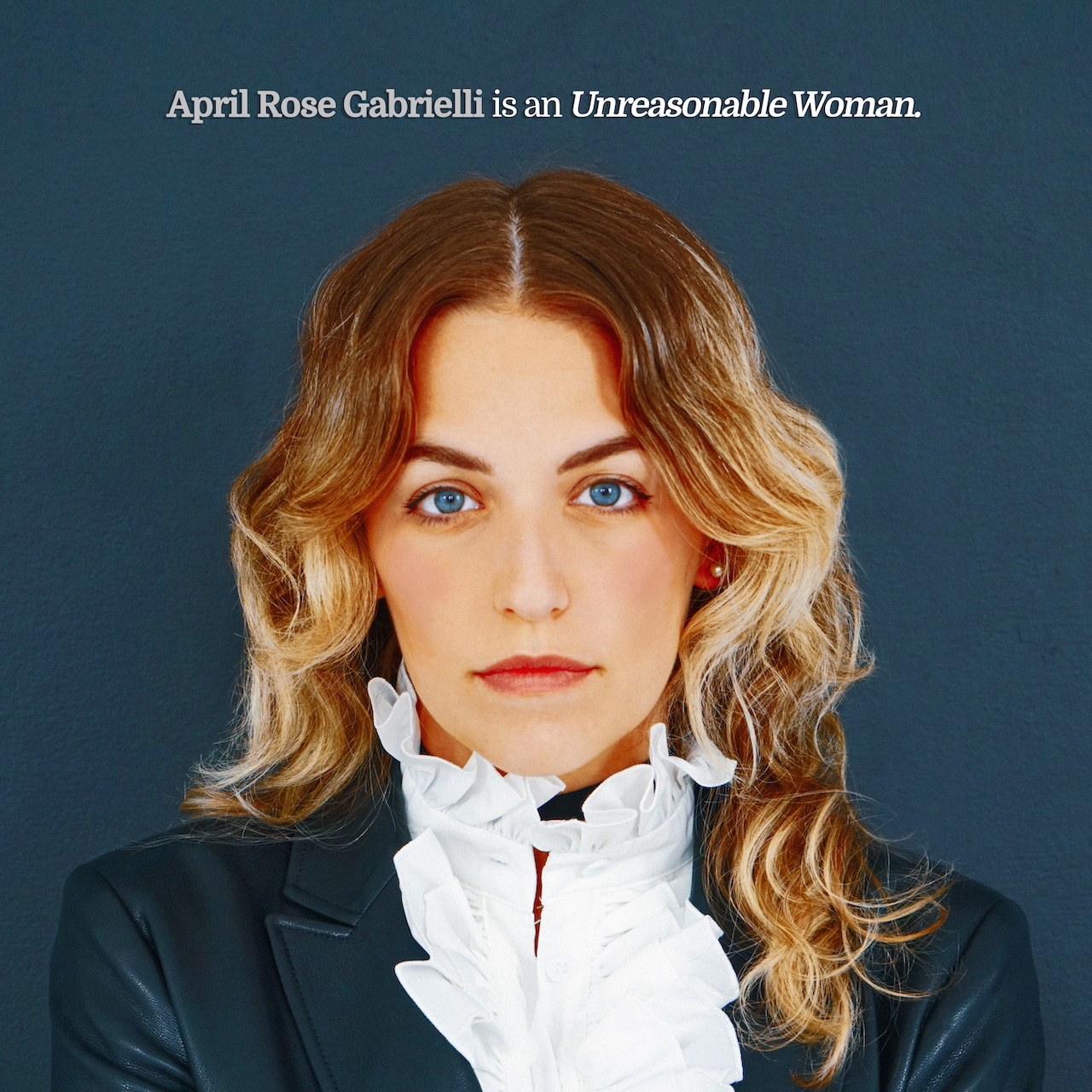 April Rose Gabrielli is releasing her highly anticipated new EP “Unreasonable Woman” on May 13th, 2022 via AWAL, Soho Records and BMG US.

April Rose Gabrielli is a Billboard charting alternative-rock/pop singer, songwriter, producer & pianist. Currently, April has over one million combined streams in co-writing & production credits. In early 2021, April signed an exclusive music publishing deal with BMG Rights Management and a record deal with Soho Records NYC to launch her solo music career. She was also made an official artist of Casio Music Gear, AWAL & Avantone Pro Audio shortly after. Her most recent single “Bad Habit (Don’t Make Me Bad)” has been to Spotify’s “Fresh Finds Pop” and “Noteable Releases” playlists.

Her debut single “Do You?” reached #1 on the DRT Global Top 150 Independent Airplay Charts, #24 on the Billboard A/C chart and #69 on DRT Global Top 200 Airplay Charts. “Do You?” additionally received an official nomination for “Best Pop Song” at the 2021 Hollywood Music in Media Awards. Shortly after, April’s music video for “Do You?” was added to MTV’s “MTV U” & “Brand Spankin’ New” video rotation and won “Best Music Video” at the 2021 Female Voices Rock film festival.

‘Unreasonable Woman’ is a song compilation of honest, tongue-in-cheek alternative rock and pop songs that were written over the last three years. While in production, April was diagnosed with Epilepsy in 2020 and frequently hospitalized. Named appropriately, one must be unreasonably resilient to find success and power in their lives.

The short EP takes you on an emotional journey, beginning with upbeat pop anthem “Need A Break,” followed by Billboard charting love song “Do You?” followed by the powerful rock anthem “Bad Habit (Don’t Make Me Bad).” The first new track fans will hear is “Low,” a sad piano ballad for introverts about the monotonous and strained relationship between nightlife, socializing and solitude. The EP picks back up again with the ever-confident “Happy,” an upbeat and reflective tune about coming into your own after a bad relationship. ‘Unreasonable Woman’ properly finishes with “Breaking Both,” an alternative pop anthem with a wildly chaotic ending.

April Rose Gabrielli will be playing Cafe Wha? In NYC with KULICK on May 18th, purchase tickets here: https://www.eventbrite.com/e/april-rose-gabrielli-tickets-291355832137