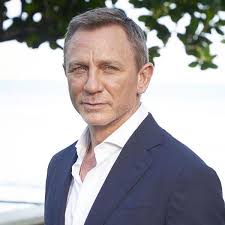 The new Bond movie has reportedly been put on ice to allow Daniel Craig to recover from an ankle injury.

The 51-year-old suffered the injury while filming in Jamaica, according to The Sun, and a shoot planned for Pinewood Studios near London, which had been scheduled for this weekend, has been cancelled.

Craig and the Bond producers have yet to comment on the story.

Filming on Bond 25 began last month, with Rami Malek confirmed as the new Bond villain. Cary Joji Fukunaga is directing the latest 007 film, a role he accepted after Danny Boyle exited the next 007 instalment.

Reports suggest the first round of filming in Jamaica has wrapped and Craig, Naomie Harris, Lea Seydoux, Lashana Lynch and Ana de Armas are now on their way to Britain, to link up with Malek and Bond regulars Ralph Fiennes and Ben Whishaw.

Bond 25 isn’t the only project Malek is busy with; he’s also said to be eyeing up a part alongside Denzel Washington in Warner Bros. crime thriller Little Things sources.

According to Variety, the Oscar winner, who took home a gold statute earlier this year for his portrayal of Freddie Mercury in Queen biopic Bohemian Rhapsody, looks set to star in John Lee Hancock’s new film as a LASD detective.

The plot follows Washington’s burned-out Kern County deputy sheriff, who teams up with Malek’s character to reel in a wily serial killer.

Filming is due to kick off in the fall time when the 38-year-old wraps on Bond.