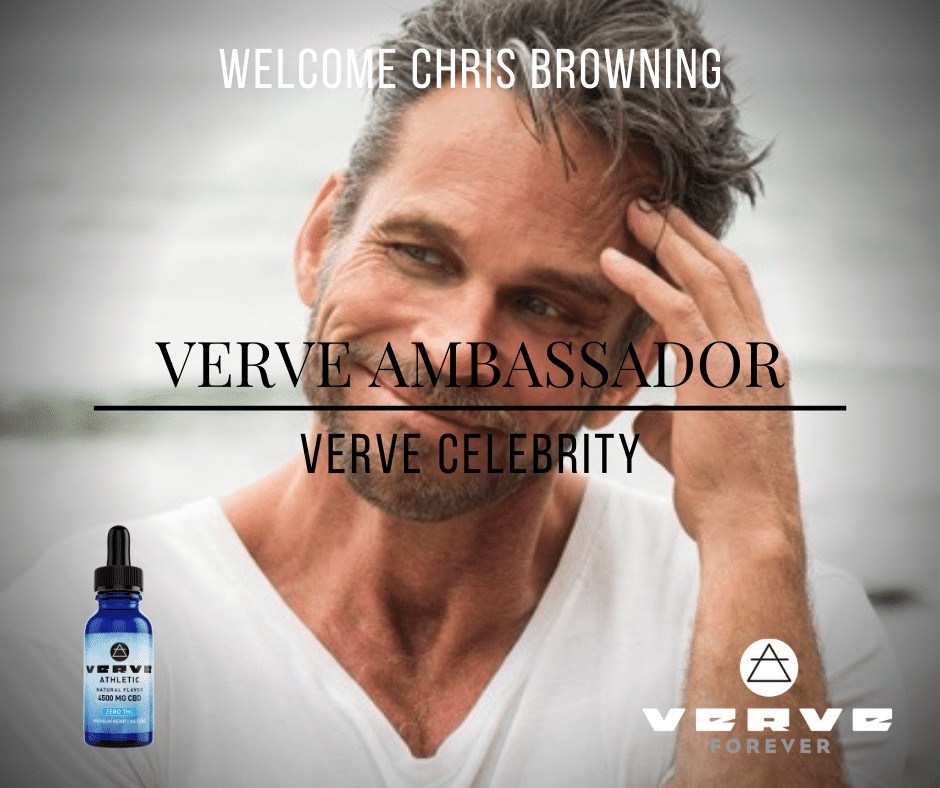 CBD, or cannabidiol, is a compound found primarily in the flowers and leaves of the hemp plant. It’s one of many powerful cannabinoids found in hemp, and is known for supporting the body and mind in numerous ways.

Verve Organic Hemp Extracts are full spectrum extracts that contain a variety of cannabinoids and terpenes. The most prevalent cannabinoid in Verve Hemp products is cannabidiol or CBD. CBD is one of 200 naturally occurring cannabinoids that exist in the hemp plant. CBD, or cannabidiol, is just one of over 80+ cannabinoids that can be extracted from hemp.

CBD has been recognized by United States government as an antioxidant and a naturally occurring neuroprotectant. Research has shown that regularly taking organic hemp extracts can help strengthen the immune system and alleviate symptoms of PTSD, seizures, stress, pain and sleeplessness.

Verve CBD products contain organic hemp oil, organic peppermint oil in the peppermint version and CBD only. Verve Full Spectrum contains, along with the amount of CBD listed on the bottle, other cannabinoids in trace amounts.

Chris Browning is an American television and film actor, known for character roles, specializing in more tough and rugged types. Chris Browning starred in season 5 of the Amazon hit series BOSCH. He played the role of Preston Borders an accused murderer that Bosch helped send to prison years ago, who hires an attorney to help him get a new trial. He just wrapped the studio feature THE OUTLAW JOHNNY BLACK, starring Michael Jai White, where he played the film’s villain.  It will get a wide release in 2020. Also slated for release in 2020 is the feature Agnes, starring Molly Quinn and Sean Gunn, where Chris plays controversial exorcist Father Black.

Known for his rugged good looks and dry humor, Browning has become both a big budget and independent feature film favorite. His memorable scene opposite Denzel Washington in Warner Brothers post-apocalyptic thriller THE BOOK OF ELI garnered him early critical praise. Browning’s range of work can be seen in roles as diverse as the menacing ‘Jed Parker’ in Jon Favreau’s COWBOYS AND ALIENS to Clarke’s dad, Jake, on the hit CW series, THE 100. He received acclaim for his portrayal of the serious but likable “host” Holden in WESTWORLD, starred opposite Will Smith and Joel Edgerton in David Ayer’s BRIGHT, and is slated to appear in the coming BRIGHT sequel. Chris shined with Robert Patrick in the true crime thriller Last Rampage. The New York Times loved his work in Jason Momoa’s directorial debut, ROAD TO PALOMA. Other notable film credits include three Ric Roman Waugh films, SHOT CALLER (Nicolaj Coster- Waldau), FELON (Val Kilmer, Stephen Dorff), and ANGEL HAS FALLEN (Gerard Butler). On the small screen, Browning is often recognized for his work on the popular series SONS OF ANARCHY. In addition, he has guest starred and had recurring roles on AGENT CARTER, GRACELAND, FROM DUSK TIL DAWN: THE SERIES and EASY MONEY. Fans loved him as ‘Reactron’ in SUPERGIRL and as ‘Gary Royal’, the cowboy pimp on RAY DONOVAN.

Born in Lake Tahoe, Nevada, Chris was raised in Hawaii, Seattle and Pennsylvania. A graduate of the American Academy of Dramatic Arts, Browning quickly launched his career booking a Dr Pepper commercial and the mini-series THE CHILDREN OF CAPTAIN GRANT. Soon came appearances on the television shows IN THE HOUSE with LL Cool J, HARDBALL and on AS THE WORLD TURNS.

Chris Browning’s greatest role to date is being a loving and dedicated leading man to three daughters. He resides in the Topanga Canyon area of Los Angeles.

Join Chris Browning in taking care of all aspects of maintaining a healthy body by ordering VERVE products here: