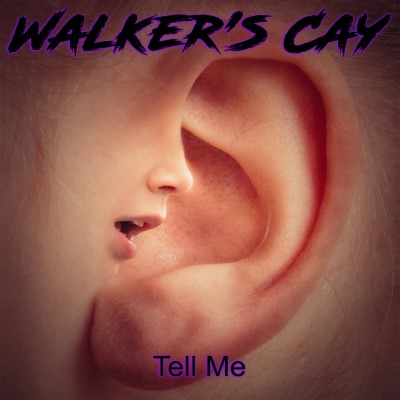 “Tell Me” and “Why Oh Why” by Walkers Cay

If you ask most music critics, they’ll tell you that the Canadian underground has been enjoying an all-around renaissance in the last half-decade, and I for one have to agree. From rock to pop to hip-hop and even ambient music, Canada has been where it’s at in the last few years, and for rockers with heavy-groove needs, the country has another hit-maker in the band Walker’s Cay. Walker’s Cay have two singles under their belt at the moment, “Tell Me” and “Why Oh Why,” both of which were released this spring and are already generating some buzz on online streaming platforms. It should come as no surprise to anyone that audiences are taking to this pair of tracks with as much gusto as they are this season – loaded with rock revelries and heavy metal machismo (but not too much of either), they offer up a cocktail that will knockout the competition quicker than Floyd Mayweather. This is a band that puts guitars before poetic glories and thick, impassible riffs before anything even slightly artificial in tone, and unfortunately that makes them a relative diamond in the rough this May.

From where I sit, the guitars are always the star of this show, no matter which of the two singles we’re breaking down. “Tell Me” uses string play to lend agency to the lyrics, while “Why Oh Why” frames riffing with verses (instead of the other way around, which is definitely the more conventional route to be taken) as a way of amplifying the tension in the music.

There’s not a lot of extra space in either mix being that all of the instrumentation is sort of stacked together – beside the lead vocal, similar to what Black Sabbath did in their early days – but to be frank, there really doesn’t need to be. The bassline is suffocating in “Why Oh Why,” while the percussion is throttling in “Tell Me,” but neither would have been as evocative were they spaced apart from each other in the grander scheme of things. Depth is of paramount importance to these guys, and I noticed that immediately upon hearing their new material for the first time.

Even the pickiest of rock fans would be a little silly to skip over “Tell Me” and “Why Oh Why” this month, and if I were the only critic remarking as much at the moment, I would be sincerely shocked. Walker’s Cay still have got a lot of room to grow into their sound, as well as the personality it’s creating for them, in the future, and I definitely can see where they’ll have a lot of opportunities to take their music in a different direction than this. The flexibility of their dynamic warrants a certain level of experimentation every time they get into the recording studio together, and I wouldn’t mind if they cut several different styles of music inside of the same disc. They wear the heavy rock look pretty well, but the heart and soul of this band can’t be so easily classified. In my experience, this tends to be a good thing.