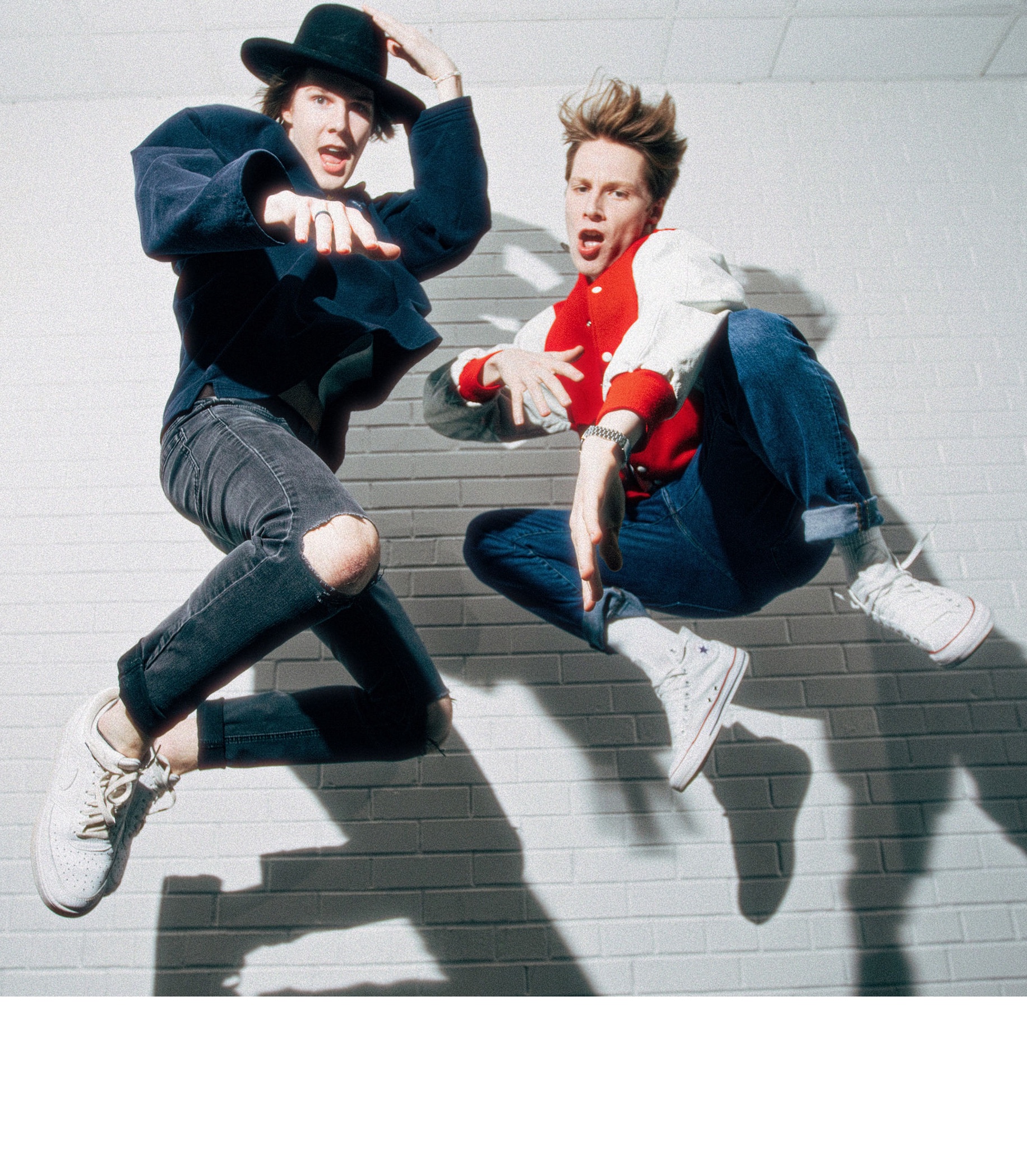 made them an immediate show-stopper at festivals, concerts, and event

We love your new fire music! How did you come up with the concept for the song?

Our song ‘Daisy’ started with a reference from an Indie Band called LAUNDRY DAY. The song was “Red Roses”. We fell in love with the bass hook and the edgy but groovy production. We quickly agreed to make a song like that in our bedroom studio and a couple months later, with the help from producers Alan Poettcker and Jeff Dawson, we had a finished product! However it was now more pop and upbeat, which is totally up our alley.

What is your favorite part about the song?

Our favourite part would definitely be the bass riff. Inspired by the bass riff in Red Roses, we came up with the part in our bedroom and it ended up setting the foundation for the entire song. The song just isn’t the same without it!

What were you most meticulous about on your latest song?

We were very meticulous on the overall sound in the production. It was one of the first songs where we were very involved during the recording and production process, causing us to stay up till 2am in the studio, just trying new ideas and building off of them.

Your latest collaboration, how did this come about?

This wasn’t our first collaboration with our team (Jeff Dawson and Alan Poettcker) so we knew pretty well what everyone could bring to the table. In fact, both our previous releases were done with the same team. So nothing changed for this one.

Who did what on the song?

So the initial idea was made in our bedroom studio, then we brought it to Alan and Jeff. Together, we all worked on the lyrics, brushing them up, and then worked on the production. Because everyone was all in, we can’t really remember who did what exactly, however we did get our studio bassist Darren Parris in to get the “right” performance for the bass hook, and he did an amazing job.

What kind of mood was set in order to create the magic?

The mood is always fun with us. Even if the song is dark, we’re always cracking jokes in the studio. We find when we’re having fun, our best work comes out. That’s why we love working with this team!

Is there a critique you’ve gotten on the single that you worked through and it’s made the overall work better?

Before we sent the track off to mastering engineer Chris Gehringer, Jeff thought that the song needed a better hook in the chorus. We ended up going back and forth trying weird vocal hooks until we came up with the “daisy daisy daisy” melody that you can hear now. The melody is very very high for Charlie to sing so it took us a long time just get him to reach the right pitch. He didn’t like the idea at the time but I guess it paid off.

What are you most excited about for fans to hear on your latest single?

In the second verse, you can hear a bunch of guys yelling “ohhhhh!” and “aw damn!” We set up a mic in the middle of the room and yelled a bunch of random things and those were the two lines that made it to the finished product. It’s very easy to pick out Jeff’s voice too which always seems to put a smile on our faces:)

What has been the best feedback so far?

So far the song has been well received with our fans which is fantastic! It has also made its way onto some decent Spotify playlists and Music Blogs around the world.

“Once you hit the start button, you won’t be able to stop” – Sistra (Egypt)

“This duo hits all the right spots” – Pop Muzik (Sweden)

Leave us with your favorite fire lyrics of the song?

“You were my daisy, a weed in my thoughts”